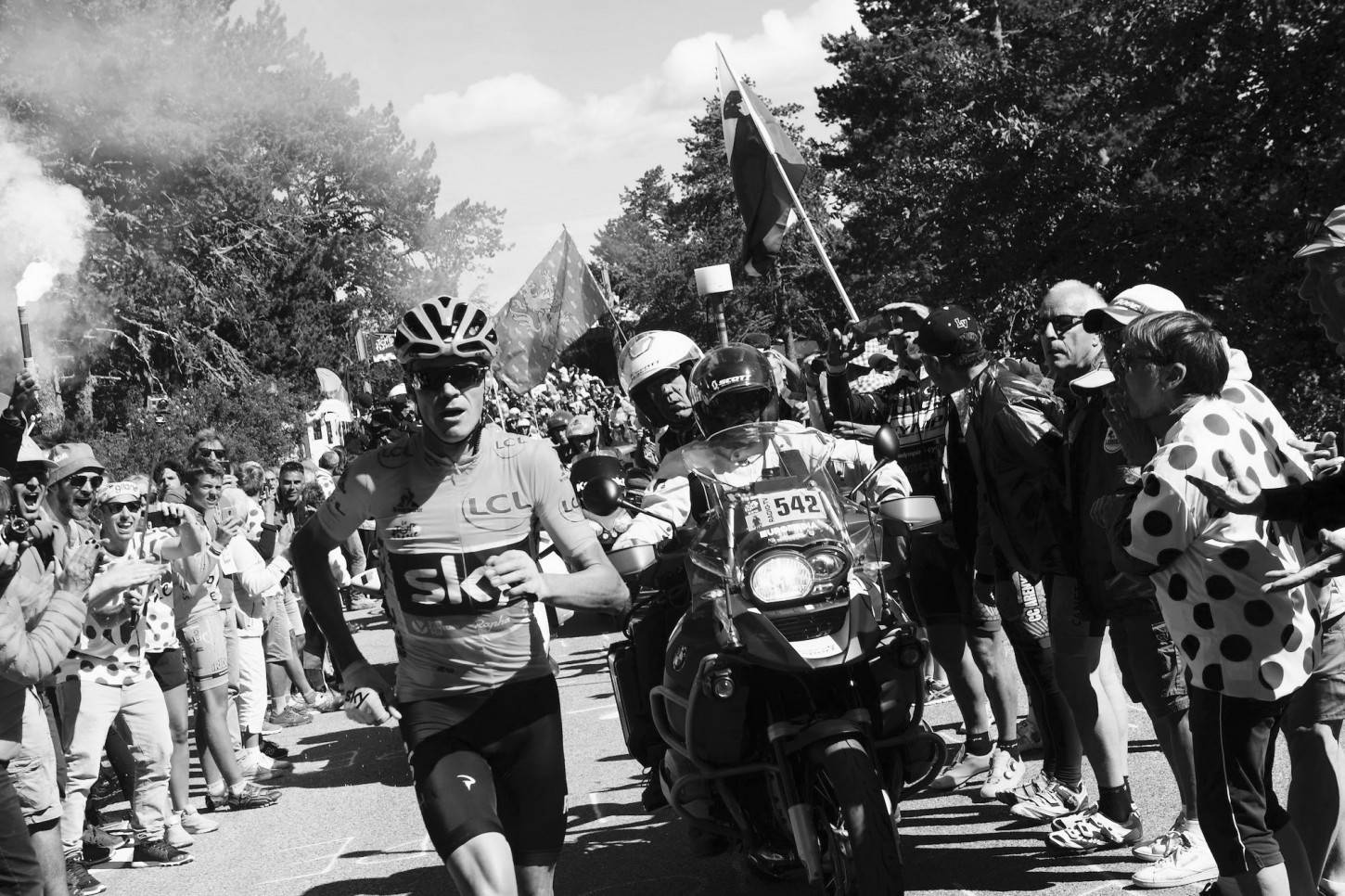 What may otherwise have been a disaster for Tour de France leader Chris Froome during last week’s stage 12 when he found himself bike-less after a crash along the venerable Mont Ventoux and forced to run up the final section – fortunately for the British rider race officials later neutralized the stage and restored him back into the lead.

In the aftermath of the calamity however, the cycling masses couldn’t resist squeezing some humor out of it.  😀