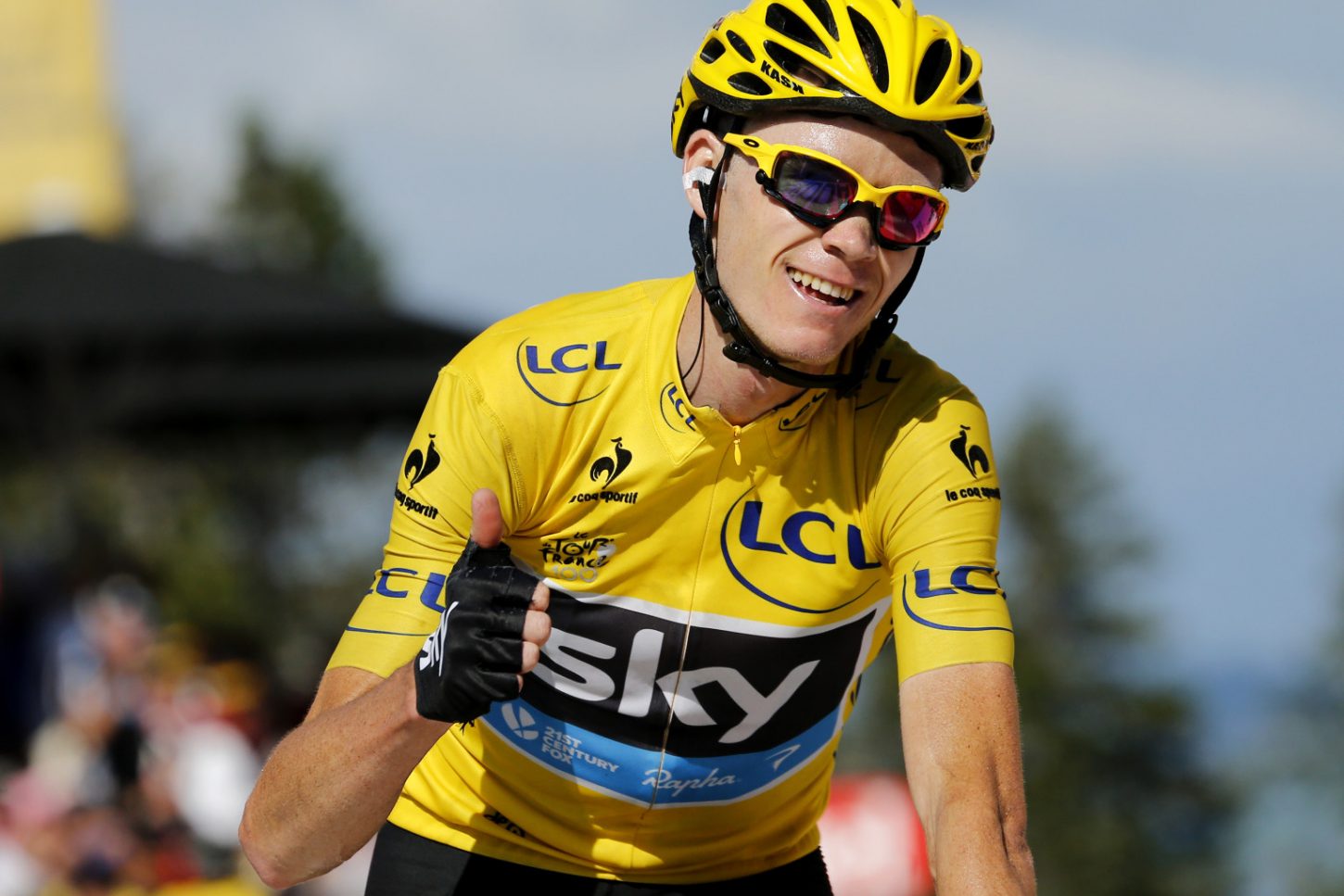 This is the second time that Froome has picked up the award, having first won it after the first of his four Tour de France triumphs in 2013.

“Thank you very much for the Flandrien award for the second time, from Het Nieuwsblad. It’s a very special award for me, and obviously winning it for a second time now is a huge honor, especially when I think back to where my career started back in Tielt-Winge in Belgium and to think now, I’ve won the Tour de France for the fourth time it’s just been an incredible journey for me. One day I’m going to have to come back to Tielt-Winge and see where it all started”, Froome said via a video taped address.

“This trophy isn’t a race, but it’s still prestigious to win it,” Van Avermaet said. “I had a super early season. The second part was less good given the circumstances but you can’t just win on command.”

“My goal next year will be to win the Tour of Flanders. I’d also really like to win Strade Bianche. Those are my two principal objectives. I want to win the Ronde above all. It’s a race that suits me very well. If I won, I could win the Flandrien for a seventh time. I’m very happy with this trophy because the competition is enormous.”

The Flandrienne of the Year, awarded to the best Belgian female rider, went to cyclocross champion Sanne Cant, who recently added the European title to the National and World Championships that she won at the start of 2017, while Mathieu van der Poel won the Flandrien of the Field award for the best cyclocross rider, with the Dutchman having enjoyed multiple victories at the tail-end of the 2016-2017 season, and the start of the 2017-2018 season in the last couple of months.

Additionally, a new category was added to this year’s awards, the Kilometervreter (which roughly translates as road hog), which was given to Quick-Step Floors domestique Julian Vermote, who racked up countless kilometers at the front of numerous races.