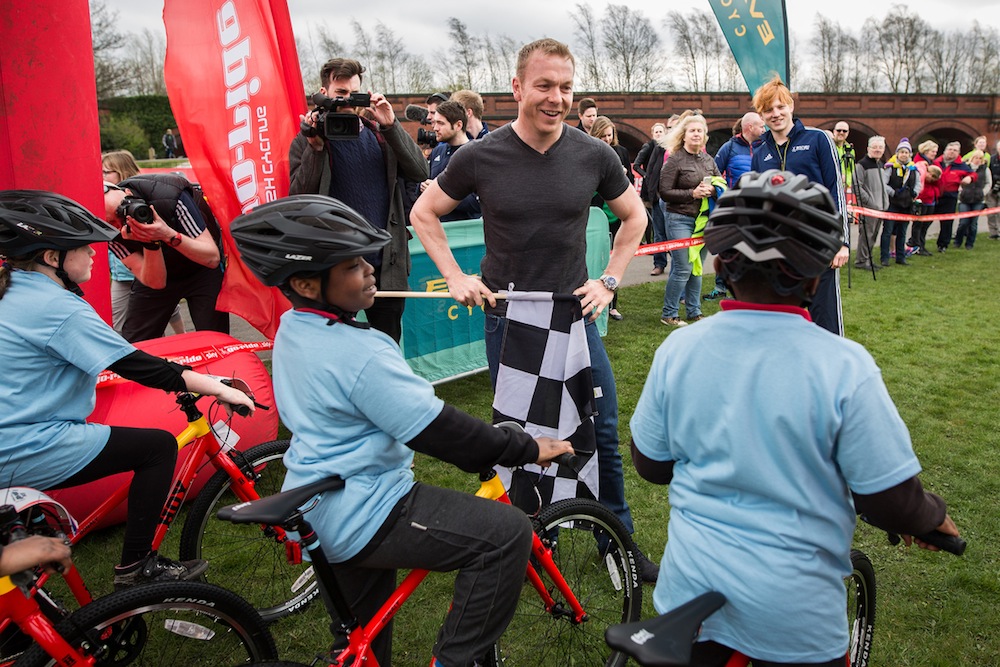 Sir Chris Hoy and Evans Cycles have teamed up to support British Cycling’s with its Go-Ride program.

The Go-Ride program – an initiative where young people experience coaching and competitive racing for the first time – will be supplied with 1,500 bikes from Hoy through Evans Cycles, to run thousands of Go-Ride sessions across the UK.

Last year, over 30,000 young people got involved with the Go-Ride programme, which also aims to find the next generation of world champion cyclists – as the first step on the Great Britain Cycling Team Performance Pathway.

“Inspiring young people across the country to start cycling and realise how great it can be is something I really believe in. That’s why Evans Cycles and I jumped at the chance to provide Hoy bikes for British Cycling’s Go-Ride program over the next four years, and hopefully we can help find the world champions of tomorrow.” “Over 60% of the elite riders who will go for gold at Rio 2016 began their career in the Go-Ride program”.

Go-Ride, which was started over a decade ago, is now British Cycling’s flagship program for young people, supported by Sport England, Team Sky, the UK’s Bicycle Association and Lazer helmets.

“We’re thrilled to be partnering with Evans Cycles as the provider of the bikes we use to deliver Go-Ride. The fact that the bikes bear the name of one of the most phenomenal athletes Britain has ever seen is sure to inspire thousands of young people to get into the sport. We are confident that we can provide over two million opportunities for young people nationwide to get into cycling by 2020 and this partnership will help us to be more ambitious than ever in uncovering the next generation of talent.”

There are over 300 Go-Ride clubs across the country in communities and schools.