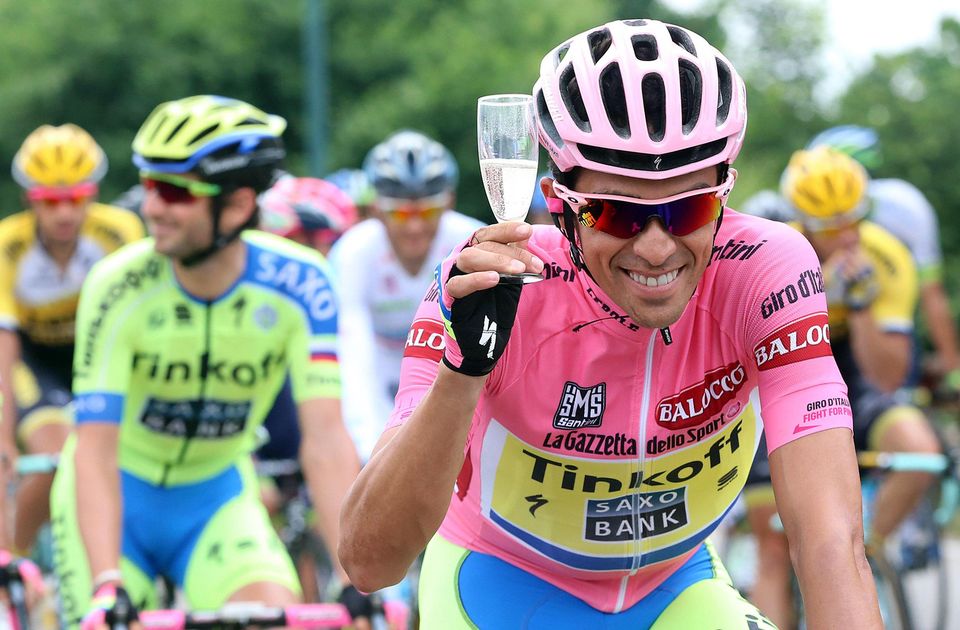 Alberto Contador is laughing off rumors that he resorted to “motorized doping” in order to win the Giro d’Italia last week, after a journalist accused him of doing so.

According to claims made by L’Equipe’s chief cycling editor, Philippe Brunel, Contador’s wheel change during stage 16 involved more than just that. The French journalist asserted, that the wheel in question incorporated some kind of motor that allowed the Spanish rider to regain contact with his rivals, at a speed greater than humanly possible.

“The Spaniard won his second Giro, ahead of Fabio Aru, altered by its ‘fake’ puncture on the descent from the Aprica last Tuesday.”

“Contador tells of how Basso had given him his wheel. But the Italian should have finished, logically, at the edge of the road with the wheel in his hand (according to Contador, because of a nail, as Oleg Tinkov posted that night on Twitter in a photo), but he resumed the route without waiting for your technical car.”

“Contador, therefore, did not have a puncture, simply changed the wheel.“

Contador responded to the outrageous comments to the Spanish newspaper AS today.

“It seems ridiculous that someone might think you‘re going to put a motor on a bicycle in your career.”

Contador was one of the 18 riders whose bike was tested by race officials for a hidden motor after stage 18.

To make a mockery of the situation, Contador was seen riding a motorized bike after the final stage of the Giro.

The hype surrounding “motorized doping” hit the headlines, after the Cycling Independent Reform Committee (CIRC) published a report when a number of riders made accusations that their rivals were using “enhanced” bikes in races.