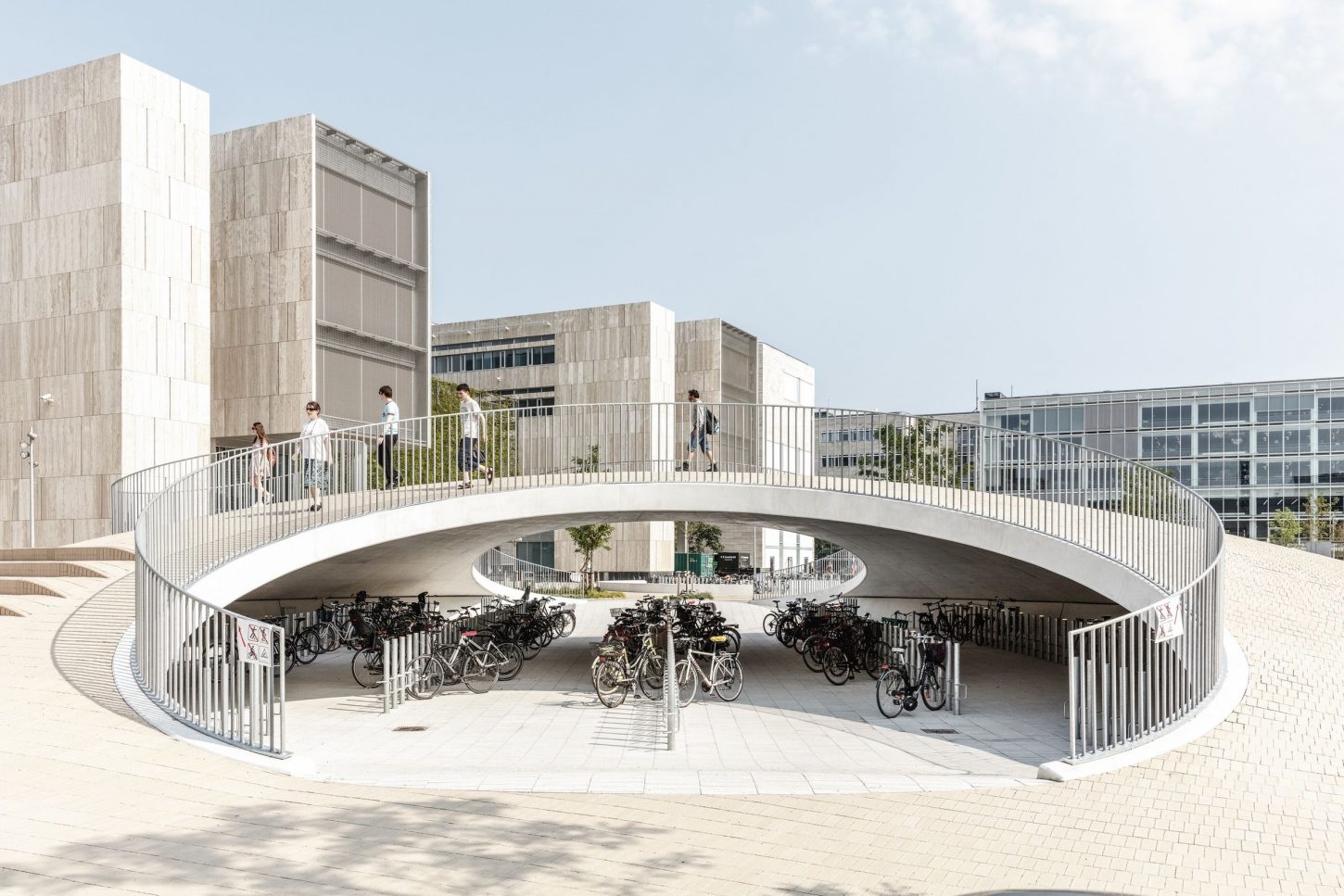 The Danish architectural firm, COBE, recently completed an innovative space at the Karen Blixens Plads in Copenhagen, which not only serves as a multifunctional meeting place, but also provides covered parking for over 2,000 bicycles.

The 20,000-square-meter public park is situated between the University of Copenhagen and Amager Common, an area of wetlands, fields and lakes just outside of the city that’s named after the 19th-century Danish author Karen Blixen.

COBE used 3D modeling to design the three “bicycle hills”, which are constructed in the from of cast concrete shells and clad with hand-laid tiles in colors referencing the exteriors of nearby university buildings, while large openings punctuate the undulating load-bearing structure to create an airy, light-filled space underneath.

Additionally, steps cut into the sides of the larger hummocks allow the space to double as an outdoor auditorium, which can be used for concerts, performances and public events with capacity for up to 1,000 people.

Along with providing storage for sustainable transport, Karen Blixens Plad has planted beds to encourage biodiversity.

These areas of planting help rainwater to evaporate and, in case of heavy rainfall, supplements the nearby canal. This ability to handle stormwater should mean the square can manage in a changing climate, while simple and durable materials combined with minimalist lighting and furnishings keeps maintenance low.

The project was supported by the private foundation A.P Møller Fonden, which was established by Danish businessman Arnold Peter Møller, the founder of the A.P. Moller-Maersk Group.