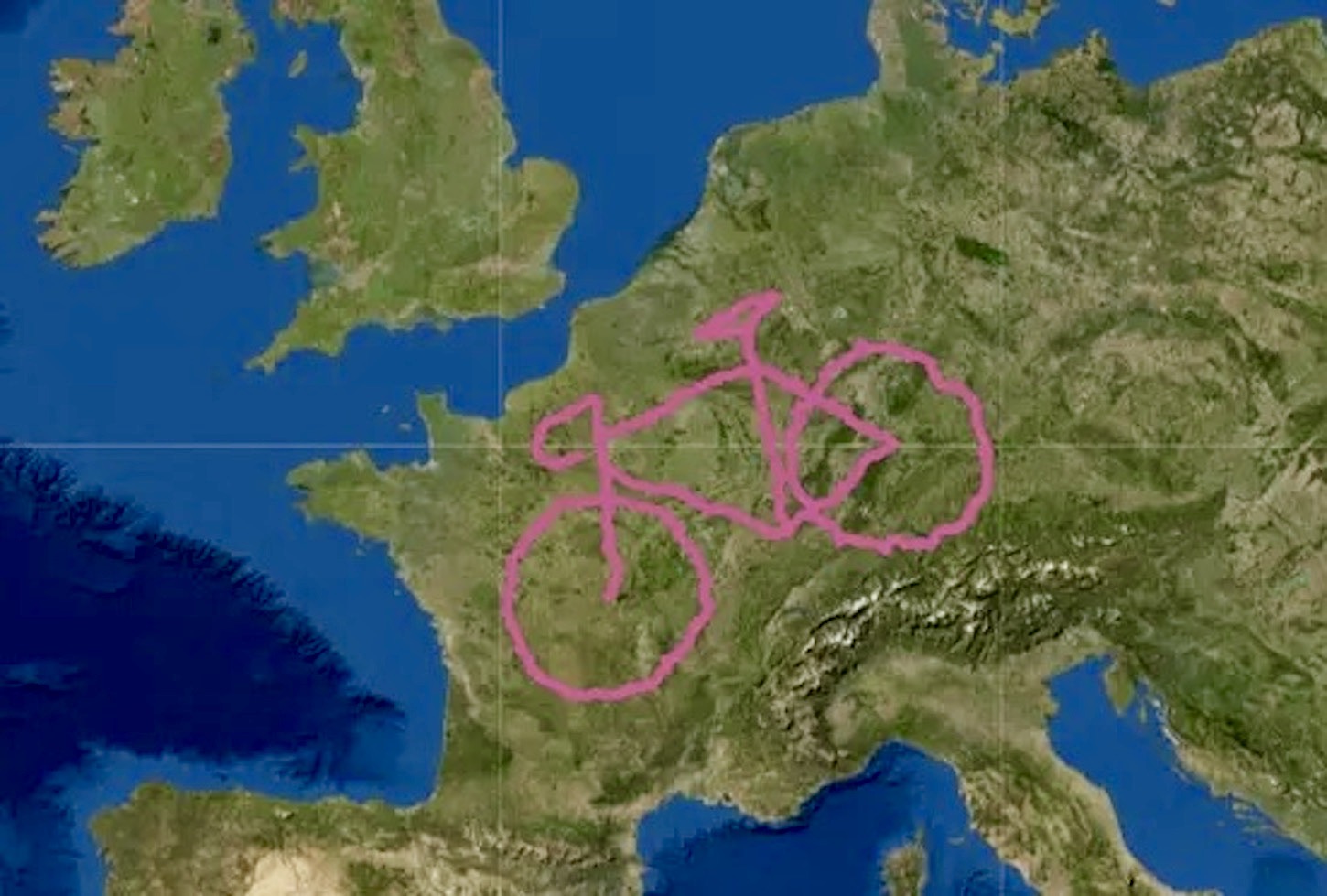 Italian-British couple, Arianna Casiraghi and Daniel Rayneau-Kirkhope, along with their dog Zola, cycled 7,237 kilometers to draw a huge shape of a bicycle across the map of Europe using GPS tracking data. The two former research physicists initially embarked on the endeavour in 2019 after selling their car. The aim of the project was to raise as much awareness as possible about cycling’s potential to cut transport emissions and combat the worsening climate crisis.

The couple’s adventure, titled “Bicycles will save the world”, has been featured on news sites and in publications in Spain, the UK, France and Italy. The adventure was well documented with photos and posts on social media as part of the record attempt

Overall, it took the trio 131 days to complete the drawing that spanned a large chunk of Western Europe, including: France, Germany, Switzerland, Austria, The Netherlands, Belgium and Luxembourg.

They relied upon long-distance cycling community networks such as warmshowers.org for hospitality from strangers along the route and camped out wherever it was possible. Zola, the dog, was lucky enough to ride up front in Daniel’s custom self-built cargo bike that offered her prime views of the path ahead and even shade when necessary in the summer months.

Unfortunately, due to injury and COVID-19 restrictions, their attempt to break the official Guinness World Record for largest GPS drawing was no longer valid when it was paused part of the way through.

The third and final record broken was that of the largest bicycle drawing ever produced.