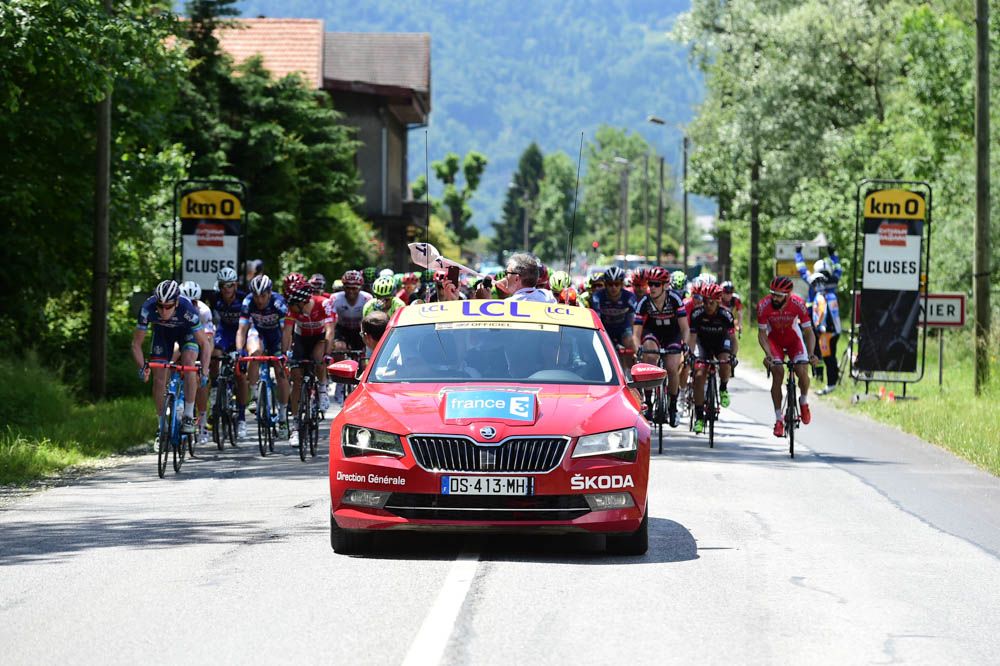 Meanwhile, Alberto Contador (Tinkoff), along with the other top GC hopefuls, finished safely in the peloton to retain his lead in the overall race – 6 seconds ahead of Richie Porte (BMC Racing Team), followed by Christopher Froome (Team Sky) a further 7 seconds back.

Just two riders managed to escape early on in today’s stage, which saw Mitch Docker (Orica-GreenEdge) and Frederik Backaert (Wanty-Groupe Gobert) go on to establish an advantage of more than five minutes over the peloton.

However, Docker would later get dropped by his breakaway companion with 25 kilometers to go, while Backaert remained out front alone for another 15 kilometers before being caught as well.

From there, teams began ushering their respective sprinters into place, as the race began shaping up for an inevitable sprint finale.

Chris Froome managed to avert crisis on two occasions, nearly clashing with riders on sides of him as Team Sky tried to keep him safe during the closing minutes of the stage.

However, Froome’s near-clashes were just the start of the action as Katusha and Cofidis butted heads during the final kilometer as the two sprint trains tangled at the front of the bunch, with Bouhanni spending much of his time with his head on Kristoff’s shoulder before Bennett launched his finale sprint.

Crossing the line first, Bouhanni threw a few punches in the air in memory of boxer Muhammad Ali who died over the weekend.