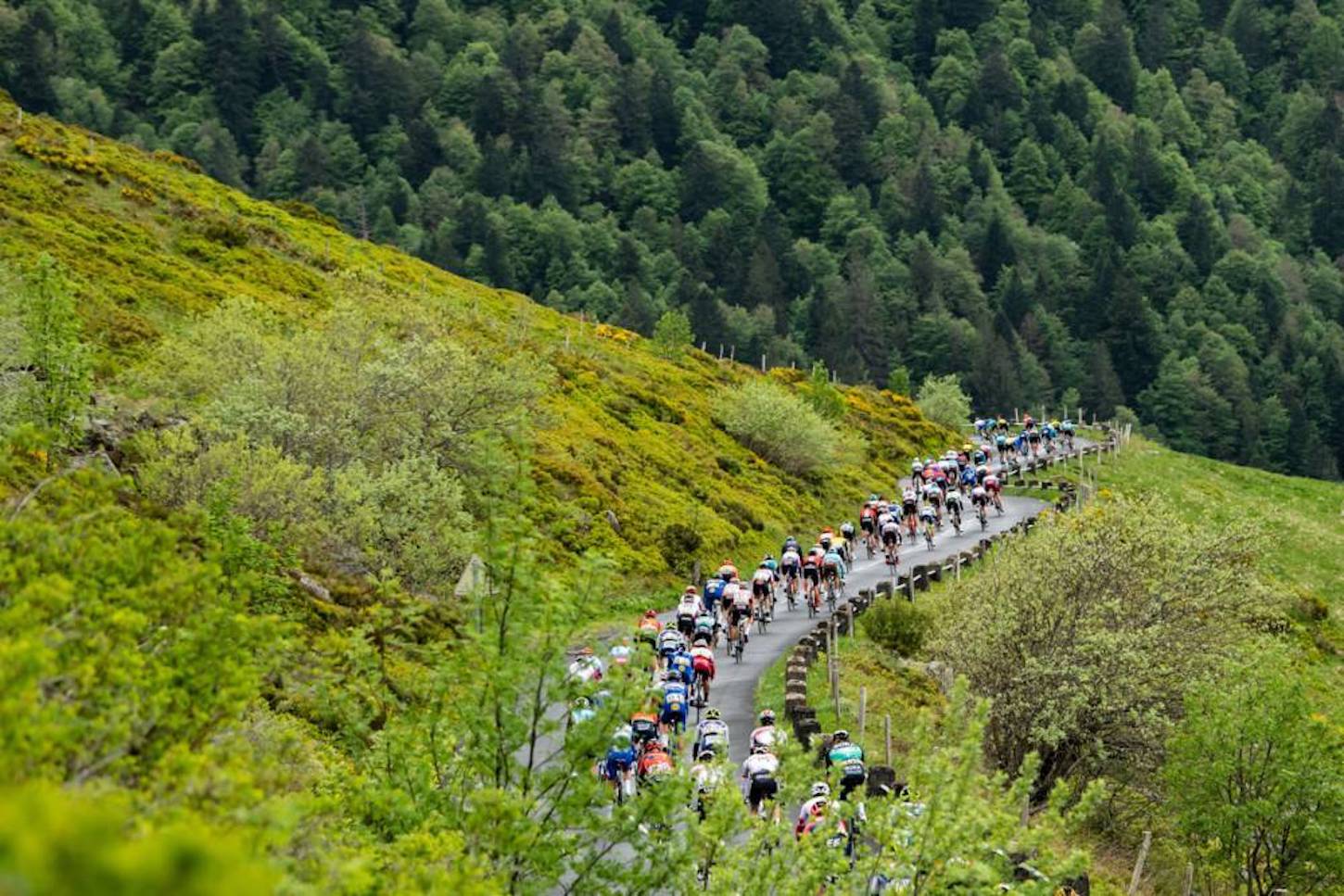 From there, the escapees went on to establish an advantage of 3:20. But, as they approached the foot of the first climb of the Puy Mary, their gap had fallen by almost one minute.

Pedersen was the first rider to crest the climb, as well as the Côte de Besse and the Côte de St-Cernin, claiming the maximum KOM points.

Vermote was the first to get dropped from the breakaway group along the Côte de Roquenatou where Pedersen once again secured the KOM points.

Back in the peloton, Bora-Hansgrohe was leading the chase with their rider Cesare Benedetti at the front.

With 25 kilometers to go, Deceunick-Quick took over the chase, reducing the breakaway’s lead to 1:15 along the climb to Roquenatou.

Back up front, Eg was dropped from the group, while Zdenek Stybar, Julian Alaphilippe and Bjorg Lambrecht (Lotto-Soudal) rode clear of the peloton in pursuit of the Naesen and Cort, who were the only two riders that remained out front.

With 600 meters to go, the race was back together, with Daryl Impey (Mitchelton-Scott) looking poised for victory. But, Alaphilippe then came to the fore in an effort to lead out his teammate Gilbert.

However, Boasson Hagen was able to out-kick his Belgian rival during the final meters to claim the stage honors.