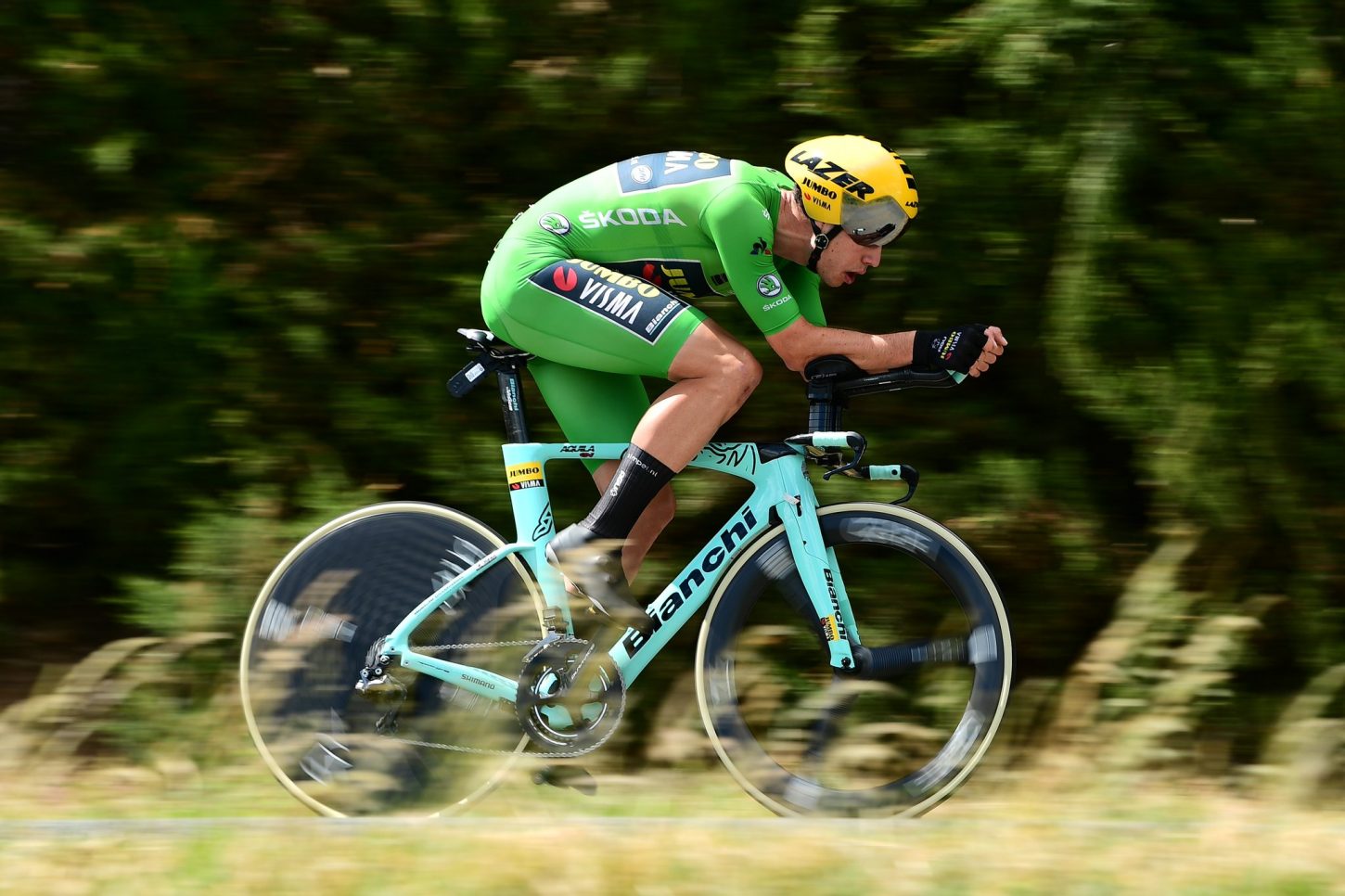 “I hope to stay in the lead, but if not, it will definitely still be a good result. I didn’t know the gap was that much [46 seconds on Dumoulin], so it was beyond expectations,” said Van Aert.

“Tomorrow is still a good stage for me, but then I’m finished! I feel pretty good after altitude camp, so it’s a big surprise.”

Meanwhile, Adam Yates (Mitchelton-Scott) finished in sixth place, which was enough for the British rider to wrest the leader’s jersey from the shoulders of Dylan Teuns (Bahrain-Merida).

Today’s stage was greatly overshadowed by the news that Chris Froome had been seriously injured during a recon ride before the ITT, bringing the curtains down on both his hopes for a victory in the Dauphiné, as well as the next month’s Tour de France.

According to Team Ineos director David Brailsford, the four-time Tour de France winner will not start next month’s race after sustaining a “bad fracture” following a heavy crash.

Froome was taken to a local hospital after hitting a wall at high speed during a course reconnaissance ride, suspecting he might have broken his femur.

“He crashed in the downhill section of the course at high speed. He hit a wall. The ambulance came quickly, he’s been taken care of and is waiting for a helicopter to be transferred to Lyon or Saint-Etienne.”

Froome’s wife Michelle later tweeted from her husband’s account that he was on his way to hospital and his injuries were yet to be confirmed.

“I am awaiting information and transport to get to where he is and as soon as we have any information we will update you.”