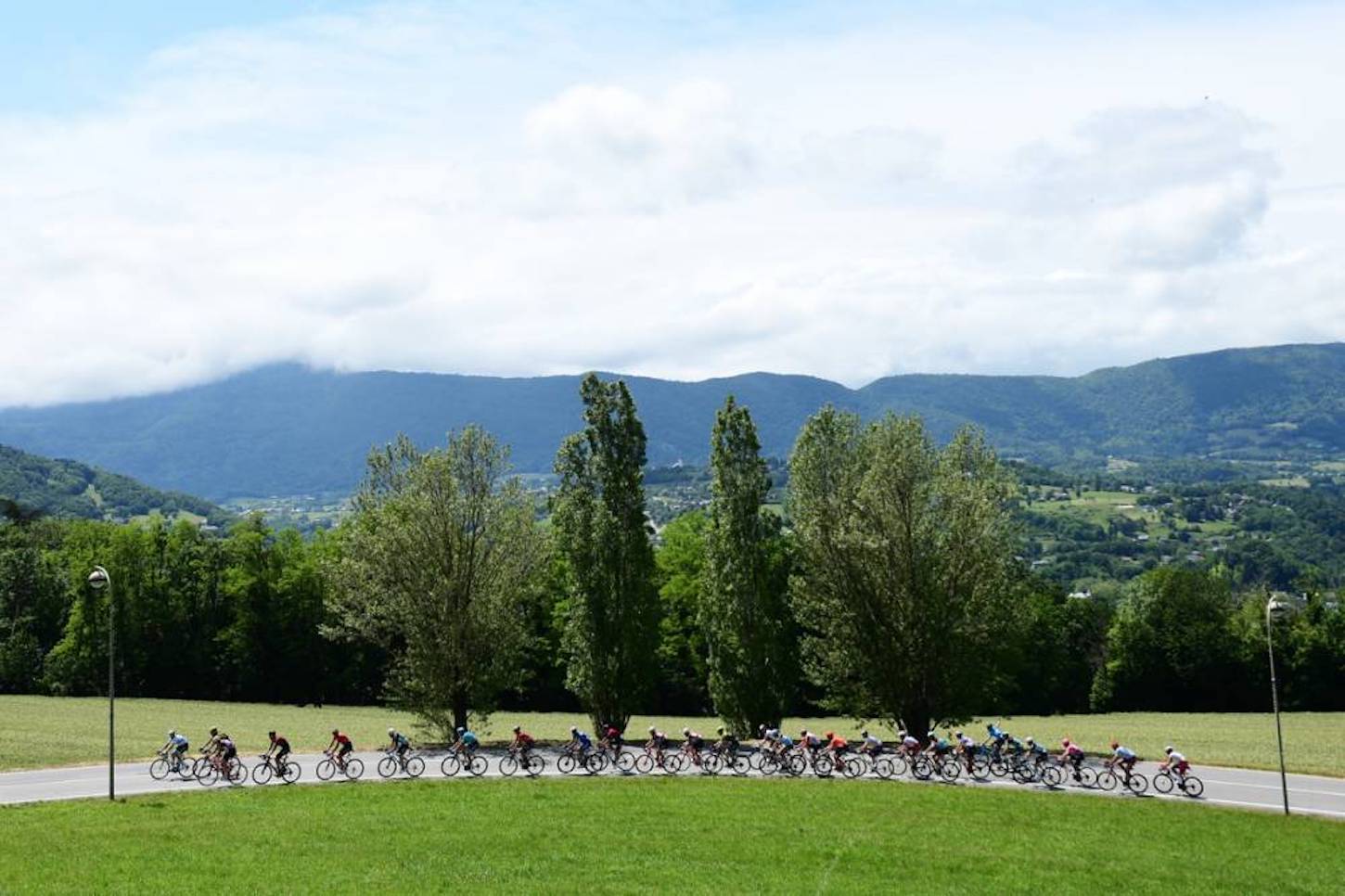 Despite missing out on the stage win, a time bonus for second place earned Fuglsang the overall race lead, wresting the leader’s jersey from the shoulders of Adam Yates with just one more mountain stage left.

From there, the group went on to establish a modest advantage of around two minutes over the peloton.

With 25 kilometers to go, Woods and Lutsenko briefly distanced their breakaway companions, only to be rejoined by a small group lead by Moscon.

With around 10 kilometers to go, only Lutsenko, Jesper Hansen and Woods remained out front, while Quintana attacked from within the peloton in pursuit pf the escapees, taking Michal Kwiatkowski (Team Ineos) along with him. But, the duo’s efforts lasted only a few kilometers before they were reeled back in.

Shortly thereafter, the peloton swept up the remaining escapees, with Fuglsang launching an attack that was quickly marked by Buchmann during the final 2 kilometers.

However, Poels was quick to react, catching the two leaders during the final kilometer.

Poels subsequently attack during the closing meters to seize the stage honors, while Fuglsang crossed the finish just ahead of Buchmann.

Meanwhile, Thibaut Pinot (Groupama-FDJ) and Dan Martin (UAE Team Emirates) completed the top five of the day and arrived to the finish line 10 seconds behind Poels.