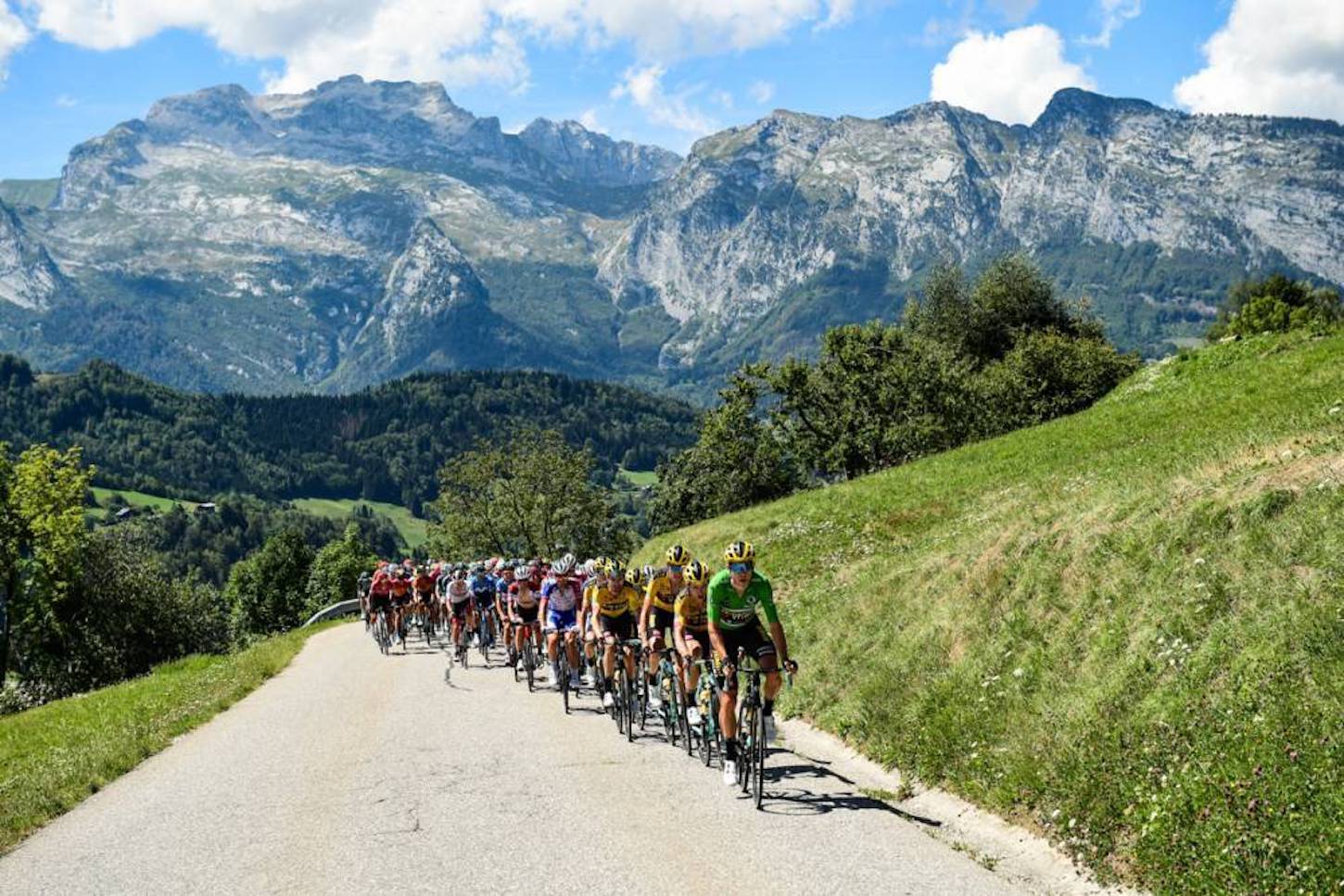 Lennard Kämna produced a brilliant performance in stage 4 of the Critérium du Dauphiné today, after the German rider claimed a solo victory by more than half a minute over his closest rival David de la Cruz of UAE-Team Emirates.

Meanwhile, Primoz Roglic retained his overall GC lead after finishing in 10th place, despite suffering a nasty crash earlier in the stage, and is now 14 seconds clear of Thibaut Pinot in the standings.

Tour de France champion Egan Bernal did not start the penultimate stage, a 153.5-km mountain trek from Ugine to Megeve, as he dropped out of the race.

“We can confirm Egan Bernal will not… start this morning in Ugine,” Team Ineos said over social media.

Three more riders have to abandon after a crash at km 29, including two major Tour de France contenders: Emanuel Buchmann (Bora-Hansgrohe) and Steven Kruijswijk (Jumbo-Visma). Bora-Hansgrohe’s Gregor Muhlberger is the other victim of his crash, with an arm injury according to his team, while Buchmann suffers abrasions and Kruijswijk dislocated his shoulder according to early reports. Thibaut Pinot (Groupama-FDJ) is also involved in the crash but keeps going without much seeable consequences.

The race situation settles in the Col de la Croix Fry. De la Cruz, after already taking 10 KOM points at Col de Plan Bois, also leads the break at the summit of this second climb of the day. And it’s the same up the Col des Aravis (cat-3, km 50.5) and the Côte d’Héry sur Ugine (cat-2, km 69). With 27 KOM points, De la Cruz takes the lead of the provisional standings ahead of his teammate Davide Formolo (25 points). Jumbo-Visma control the gap between 3 and 4 minutes. André Greipel (Israel Start-Up Nation) and Andreas Schillinger (Bora-Hansgrohe) abandon.

The race leader Roglic hits the deck at km 82. He gets back on his bike with abrasions on his left side but manages to return to the bunch. The pack slows down and the gap reaches its maximum at km 89: 5 minutes. The pace increases again ahead of the climb of Bisanne and the attackers’ lead is down to 3’40’’ at the bottom (km 98).

De Gendt accelerates in the first slopes but his companions quickly get back to him. De la Cruz summits first with only seven riders left with him: Alaphilippe, Masnada, Elissonde, Kwiatkowski, Haig, Kämna and Mohoric. The GC group also explodes with Mikel Landa’s Bahrain-McLaren setting a hard pace to bring the gap down to 1’30’’. There are only 8 riders with Roglic at that moment, but the pace decreases in the downhill, allowing stragglers such as Miguel Angel Lopez (Astana Pro Team), Romain Bardet (AG2R-La Mondiale) and Wout van Aert (Jumbo-Visma) to return while the gap to the front of the race increases: 2’25’’ with 10km to go.

Kenny Elissonde attacks at the bottom of the final climb: 7.4km with an average of 4.7%. De la Cruz joins him with 5km to go and then Kämna gets back to them and accelerates himself. He goes solo with 3.5km to go and takes his first victory as a professional rider ahead of David de la Cruz and Julian Alaphilippe.

Pinot  leads the GC group on the finish line, with a delay of 3’05’’. The French climber is still Roglic’s closest rival on GC, with a delay of 14’’. He is now followed by his compatriot Guillaume Martin (Cofidis), trailing by 24’’.