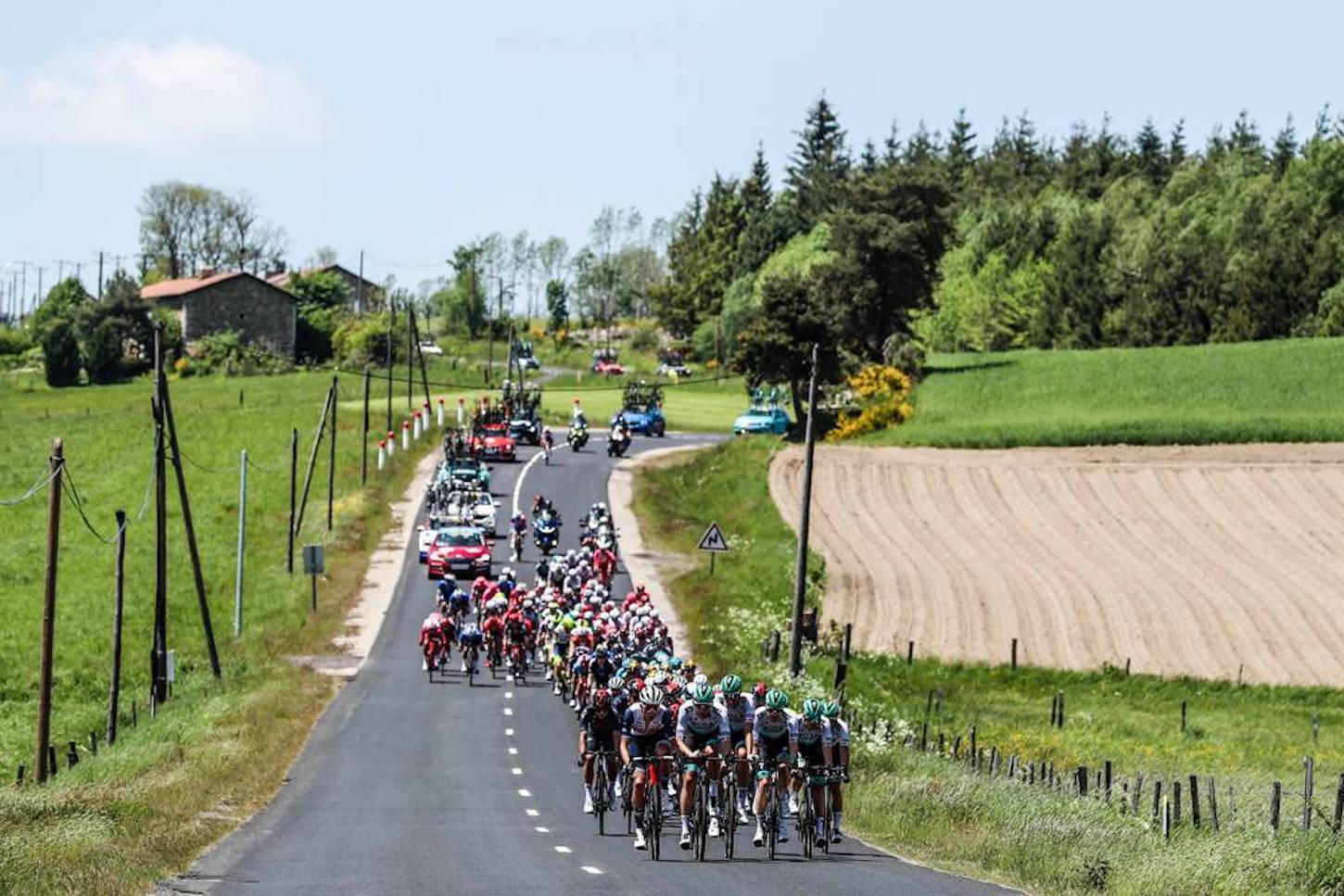 Sonny Colbrelli (Bahrain Victorious) finally triumphed after a slew of second-place finishes by claiming stage 3 of the Critérium du Dauphiné today, sprinting to victory on the uphill finish in Saint-Haon-le-Vieux after a battle with Alex Aranburu (Astana-Premier Tech).

The Italian rider closely marked Aranburu during the final 150 meters before launching his own sprint, a move that was enough to nix his Spanish rival by a bike length on the line to seize the stage honors.

Meanwhile, Brandon McNulty (UAE Team Emirates) outpaced Jasper Stuyven (Trek-Segafredo) to take  the final spot on the podium, while Lukas Pöstlberger (Bora-Hansgrohe) retained his lead in the overall classification with a two-second advantage over Colbrelli.

From there, the duo went on to establish a modest advantage along the climbs of the Côte d’Allègre and the Col des Limites, with Vliegen being the last to get caught by the peloton with 20 kilometers remaining.

Things were full speed ahead from there, with Trek-Segafredo, Groupama-FDJ and Lotto Soudal doing most of the pace-setting during the last kilometers.

However, Deceuninck-QuickStep and Jumbo-Visma took command as the peloton hit the final 2 kilometers, which steadily ramped uphill during the closing 700 meter.

The final rush for the line was a chaotic affair, with Ineos and UAE Team Emirates on the front during the final kilometer. Aranburu ignited the sprint at the 300-meters to go mark, with Colbrelli immediately jumping across the road onto his wheel.

Stuyven was next to try to get across, but the leading duo already had a near-insurmountable gap at the front.

In the end, Colbrelli’s decision to shadow Aranburu made the difference, with the green jersey holder jumping out and passing the Astana-Premier Tech rider during the final meters.