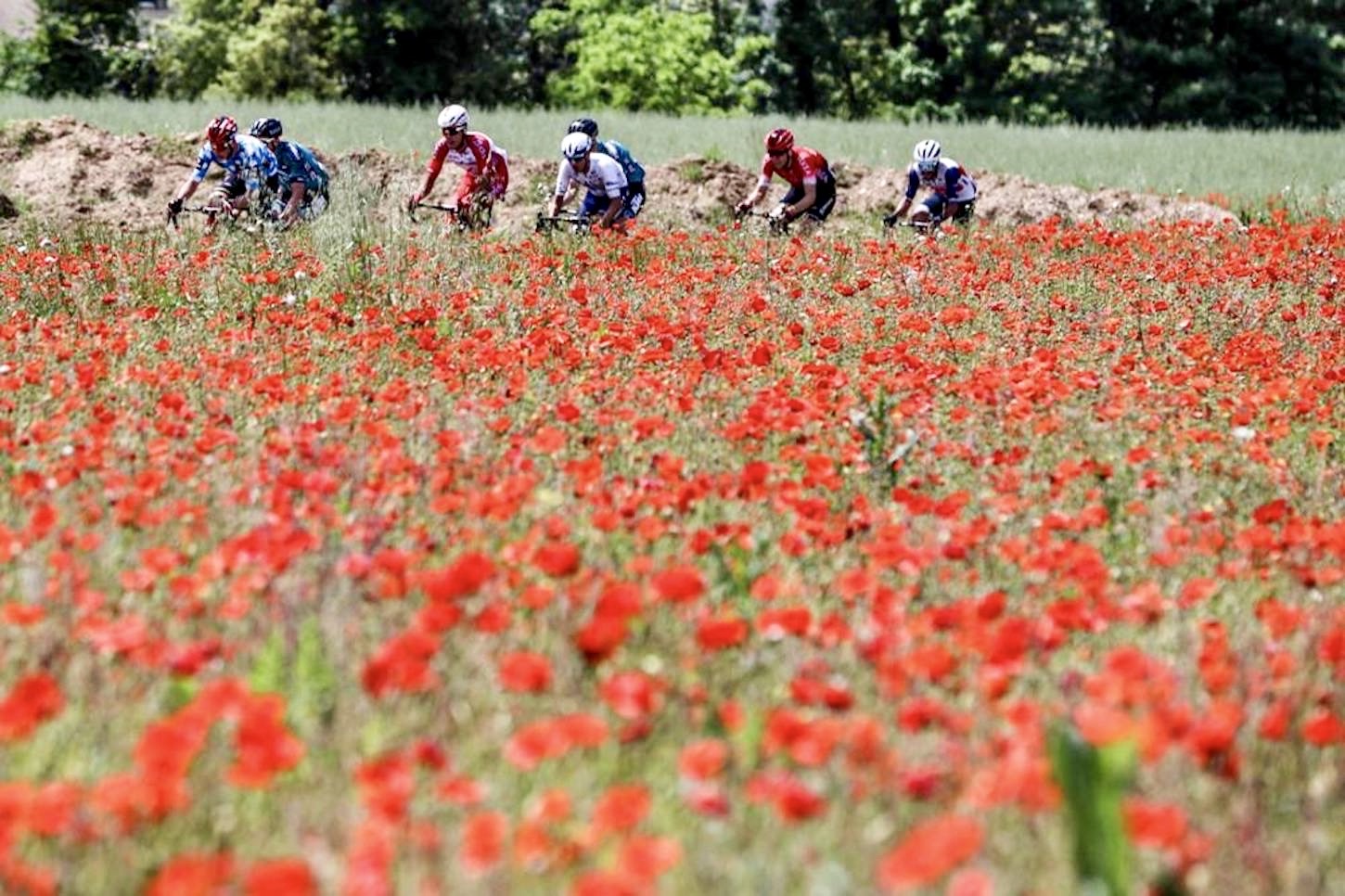 After a slew of attacks by Geoghegan Hart, breakaway riders Sepp Kuss (Jumbo-Visma), Miguel Angel Lopez (Movistar) and David Gaudu (Groupama-FDJ) were caught on the climb to the finish.

From there, Geoghegan Hart imitated a final attack with 300 meters to go after his team leader Geraint Thomas let a gap go. However, Valverde was quick to surge across and then kick past the 2020 Giro d’Italia winner to take his second victory of 2021.

Earlier in the stage, the first few climbs of the day failed to split the overall contenders, but cracked race leader Lukas Pöstlberger (Bora-Hansgrohe) who was distanced on the Col de la Porte and finished 8:12 down.

Alexey Lutsenko (Astana Premier-Tech) moved into the lead in the general classification, with teammate Ion Izagirre and Wilco Kelderman (Bora-Hansgrohe) eight and 12 seconds back respectively. Thomas has a share of fourth, 13 seconds adrift.

Chris Froome (Israel Start-Up Nation) put in a promising display before being dropped in the final 10 kilometers after the day’s toughest climb.

After a rapid start to the stage, it was a tough battle for a breakaway to escape the peloton on the flat roads, and it wasn’t until almost 40km into the day that a group finally got established out front.

That 14-rider group included some major talents, but it would be a tough ask for the break to make it to the line, with the bunch motivated behind.

The break featured a number of potential contenders to win the day however, including Matthew Holmes (Lotto-Soudal), Greg Van Avermaet (Ag2r-Citroën), and Lawson Craddock (EF Education-Nippo).

As the race hit the first climb of the day, the gap between the peloton and the break was up to almost three minutes, with Jumbo-Visma and Bora-Hansgrohe setting the pace for the chasing bunch.

On the Col de Porte, the break began to fall apart before Craddock launched a solo attack near the summit to drop the rest of the escapees with around 20km to the line.

Craddock crested the Porte alone with Holmes chasing hard behind, but the peloton were quickly gaining on the solo leader, as Holmes was swept up by the bunch on the descent.

With 10km left to the line, Craddock had just 14 seconds over the peloton, as it looked inevitable he would be caught on the two final climbs.

Onto the final uphill ramps and Craddock was finally caught 3km from the summit, as Ineos set the pace for the group of favorites, before the attacks started to fly from the climbers. Geoghegan Hart and Kuss both tried but into the final kilometer the favorites were still all in with a chance at the stage.

At 200m Geoghegan Hart then launched another big attack, getting the gap on the peloton, with Valverde also firing out of the leading group in pursuit.

While Geoghegan Hart’s attack looked like it could be destined for victory, Valverde quickly bridged across to sprint past and finish ahead, taking the win.

Lustenko finished in the front group and now moves into the race lead, eight seconds ahead of his team-mate Ion Izagirre.