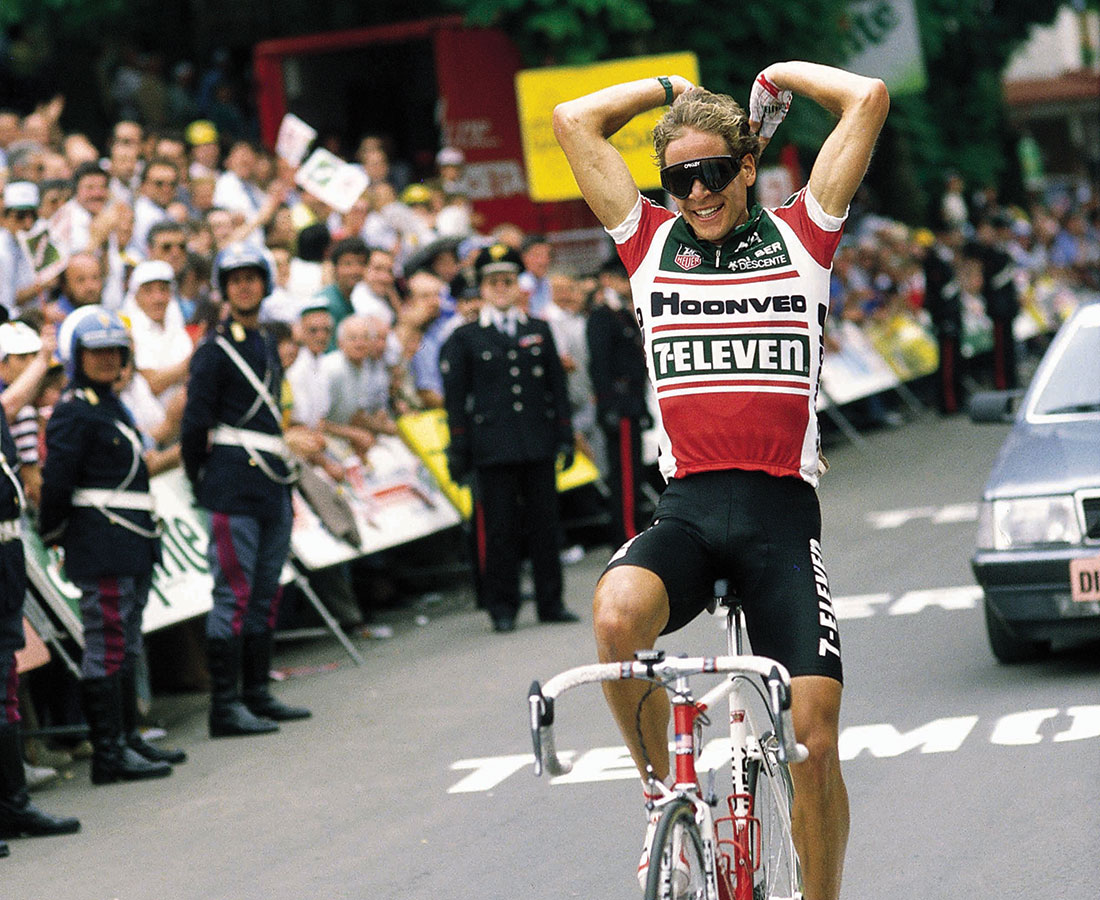 A belated happy birthday to Andrew “Andy” Hampsten, who was born on April 7, 1962 in Columbus, Ohio.

Hampsten is best known for winning the 1988 Giro d’Italia ahead of Erik Breukink of Holland and Urs Zimmermann of Switzerland, marking the first-time an American rider won the prestigious Italian Grand Tour, while also claiming the coveted Mountains and Combined Classification jerseys as well.

Prior to winning the Giro d’Italia, Hampsten claimed consecutive victories in the Tour de Suisse in 1986 and 1987, again marking the first-time an American rider triumphed in the Swiss stage race.

Other notable victories in Hampsten’s career included winning the Basque Subida a Urkiola race on two occasions, the Tour de Romandie and the Tour of Galicia, along with a handful of stage victories in the Giro d’Italia and the Tour de France, including the Best Young Rider’s Jersey in the 1986 French Grand Tour.

Hampsten first caught the eye of the cycling world in 1985, after he won stage 20 of the Giro d’Italia.

The following year, he was recruited by non-other than Bernard Hinault’s venerable La Vie Claire team.

During his first full-season as a pro rider in 1986, Hampsten claimed his first of two victories in the Tour de Suisse, while also famously helping his compatriot and team leader Greg LeMond win his first of three Tour de France titles. And, despite just missing out on a spot on the final podium, he nevertheless earned himself the Best Young Rider’s white jersey.

However, the pinnacle of his career came the following year when he won the Giro d’Italia.

During a famous attack along the historic Gavia Pass in blizzard conditions, Hampsten succeeded in closing the gap on Breukink to wrest the maglia rosa (Pink Leader’s Jersey) from the shoulders of his Dutch rival and secure the overall title.

Hampsten’s next career highlight came during the 1992 Tour de France, when he dropped his breakaway companions to win the stage to Alpe d’Huez.

He retired from the sport just two years later.

Nowadays, Hampsten splits his time between Tuscany, Italy and Boulder, Colorado, and shares a bicycle company with his brother Steve in Seattle, Washington called Hampsten Cycles, which they started in 1999.