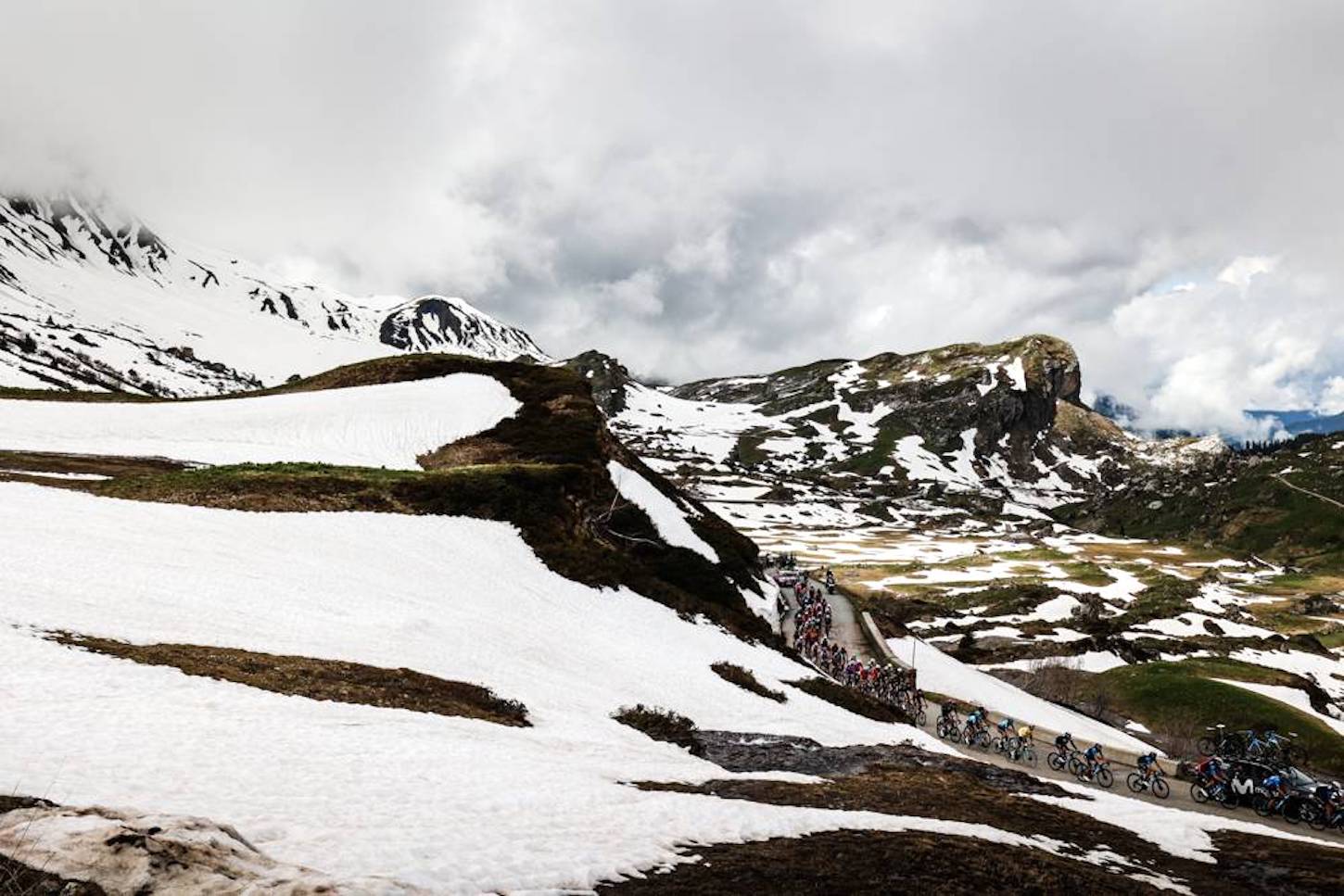 Mark Padun (Bahrain Victorious) claimed today’s Queen stage of the Critérium du Dauphiné, triumphing atop the summit finish of La Plagne after riding clear during the final 8 kilometers to a solo victory.

The Ukrainian rider dropped Sepp Kuss (Jumbo-Visma) along the way, while a battle ensued amongst the GC contenders, with Richie Porte (Ineos Grenadiers) taking second place and moving into the overall race lead, while his teammate Geraint Thomas rounded out the GC podium in third, 29 seconds back.

Attacks started in earnest from the outset of the stage, but it took hour before Pierre Rolland and his B&B Hotels teammate Franck Bonnamour, along with Bahrain’s Marco Haller, Alexis Renard (Israel Start-Up Nation) and Martin Salmon (Team DSM) managed to escape. But, Salmon was quickly dropped from the group along the Col du Pré.

EF’s Michael Valgren and Lawson Craddock later chased down the escapees, with the American rider leading over the next summit, while Ineos and Movistar drove the peloton as Chris Froome was once again dropped.

Valgren and Haller pushed on from the break along the descent, still holding a three minute advantage with 25km remaining. Valgren then left the others behind just before the summit finish climb to La Plagne, a challenging grind for 17km with an average gradient of 7.5 per cent.

The gap finally started to come down to around a minute and a half at the start of the climb with 15km left.

Rolland and then Elissonde made it back to the front as Valgren faltered, while Ineos really picked up the pace of the GC group, as Alexey Lutsenko and Movistar came to within half a minute.

Guillaume Martin was soon dropped just before the break was caught with 11km to go, with the GC group now down to around 20 riders.

Alejandro Valverde was the next to be distanced as Ineos’ Richie Porte attacked halfway up the climb, Lutsenko either unwilling or unable to respond, while Enric Mas, Mark Padun and Sepp Kuss followed.

Kuss and Padun then pressed on, 20 seconds ahead, while Porte moved into the virtual yellow jersey.

Padun then surged again, leaving Kuss, as attacks came from Miguel Ángel López having a go before David Gaudu also put in a dig.

Padun was still clinging to a minute with 3km to go, while López went once more, a move that was closely marked by Gaudu.

López later bridged his way to Mas and Porte, Gaudu also making it across, as Kuss came back into view.

As Padun sailed away for the stage win with 500m remaining, Porte attacked López and Mas, powering away up the final uphill meters.