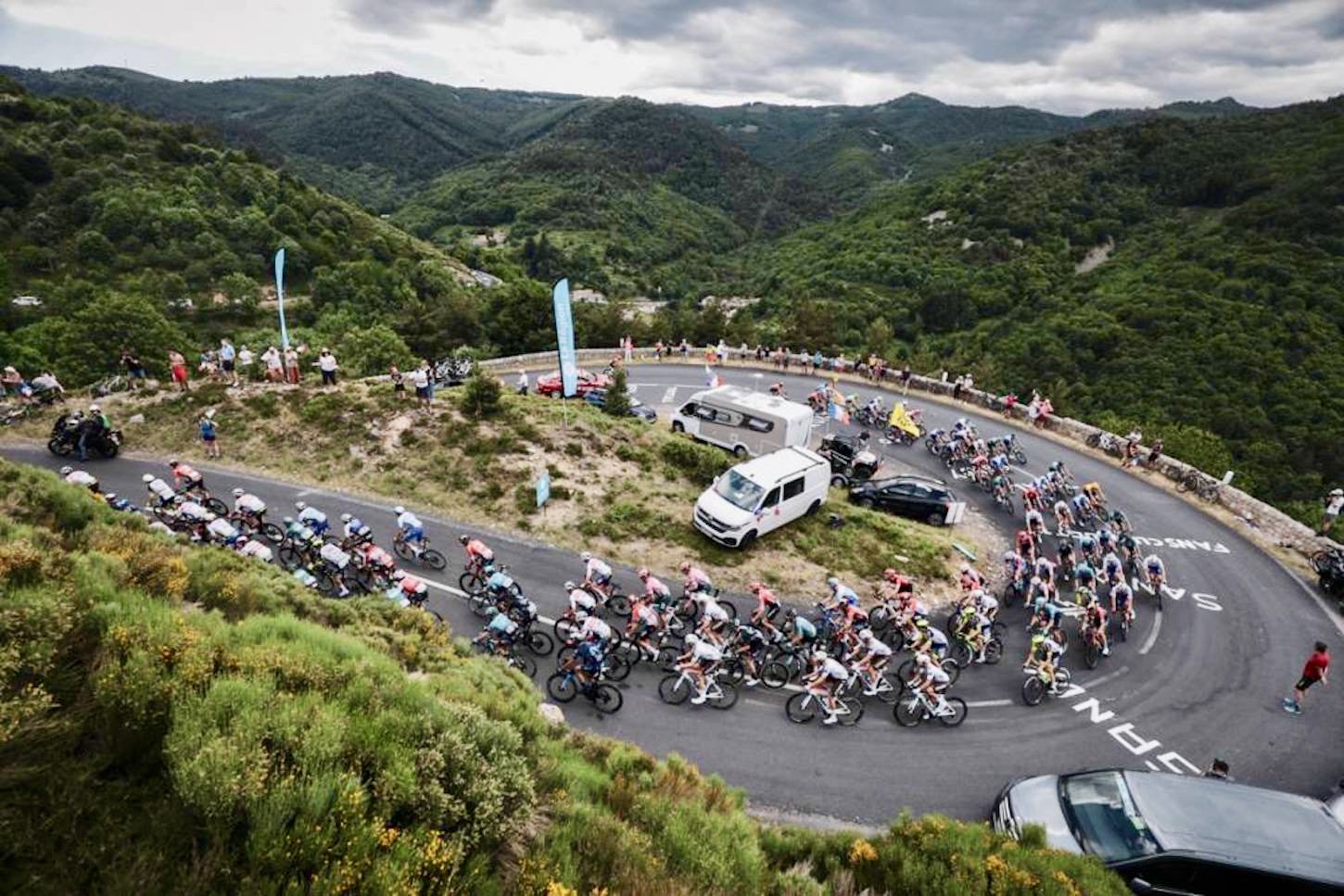 As a result, yesterday’s stage winner, Wout van Aert (Jumbo-Visma) had to relinquish the yellow jersey to Vuillermoz, after finishing 5-seconds down on his French rival.

Vervloesem was later dropped from the group mid-way during the stage, while the quintet pressed on for the remainder of the race, subsequently building up an advantage of around four minutes overt the peloton.

However, as the escapees reached the final 10 kilometers, their lead had fallen to just 40-seconds. But, that proved to be enough, with Le Gac being the first rider to launch his sprint with 400 meters to go.

Just as the Frenchman looked poised for victory, Vuillermoz managed to latch onto his wheel, coming around his fellow countryman during the closing meters to snatch the victory.

Vuillermoz now dons the yellow jersey, holding the same time as Skaarseth and Le Gac, who sit in second and third place, respectively.