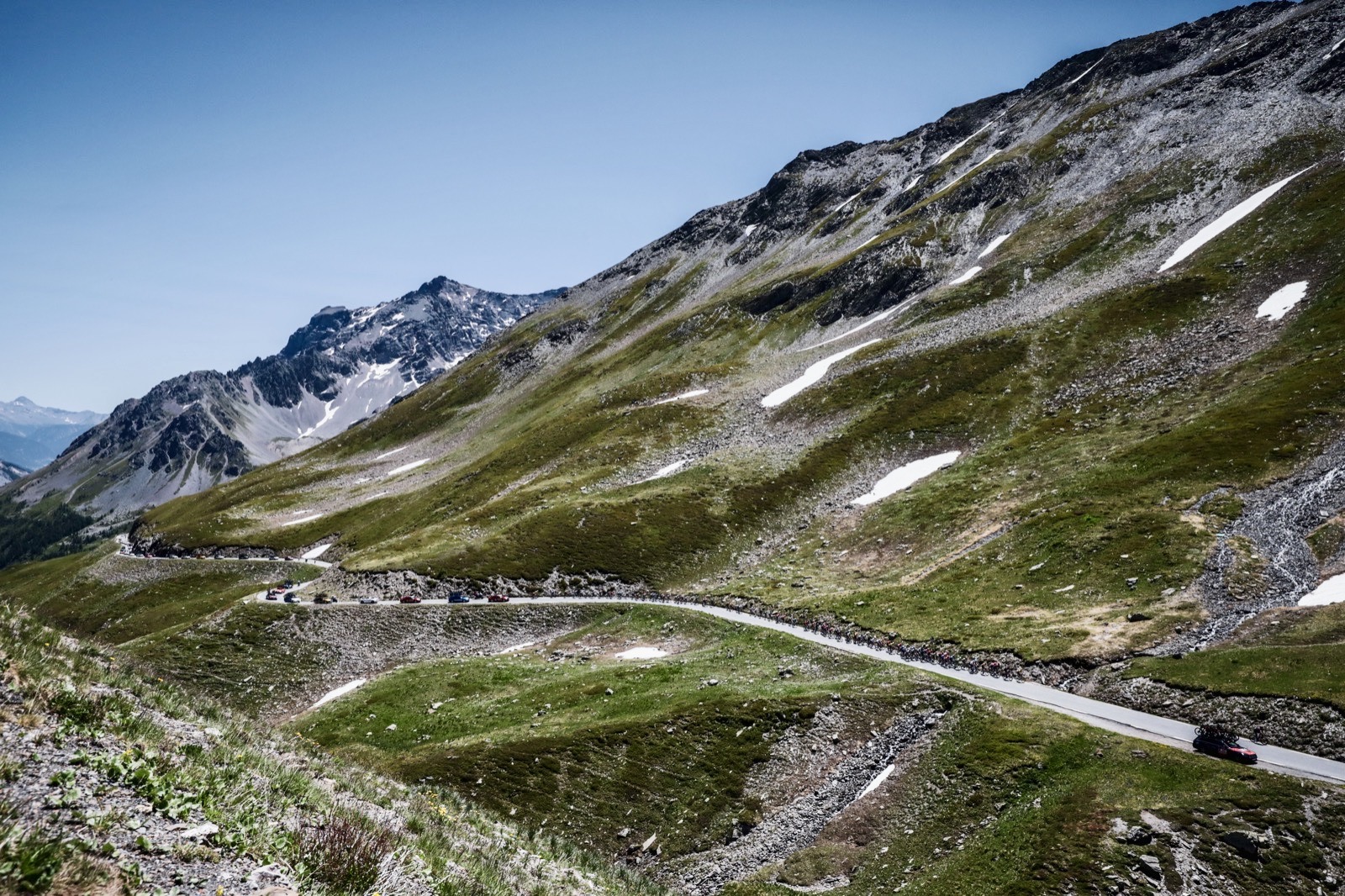 Carlos Verona (Movistar) won stage of the Critérium du Dauphiné today, after the Spanish rider held off a fierce chase from Primož Roglič (Jumbo-Visma) to claim the day’s honors in Vaujany.

Verona was the last rider remaining from the stage’s original breakaway group, possessing enough resolve to take a solo 13 seconds ahead of Roglič and 25 seconds ahead of his Jumbo-Visma teammate Jonas Vingegaard.

Roglič now holds a 44-second lead over teammate Vingegaard in the overall classification, with Ben O’Connor (Ag2r-Citrën) next at 1:24.

The stage became animated on the lower slopes of the Galibier where multiple riders tried but failed to break away from the peloton.  However, Pierre Rolland (B&B Hotels-KTM) and Matteo Fabbro (Bora-Hansgrohe) eventually escaped, with Rooland once again claiming all of the KOM points. .

More attacks from the peloton followed and soon a large break of 18 riders formed, with Luis León Sánchez (Bahrain Victorious), Kenny Elissonde (Trek-Segafredo) and Toms Skujiņš (Trek-Segafredo) the closest on GC at 2-47, 3-31 and 3-44 respectively.

Mark Donovan (Team DSM) attacked at the base of Croix de Fer, while the other 17 riders in the break held a lead of three minutes over the peloton.

From there, the British rider opened up a handsome gap of one minute 20 seconds over the break, but was reeled back in promptly. In the peloton, Jumbo Visma hit the front and began setting the pace up the giant mountain.

With the air thinning, Kenny Elessonde attacked the break and went clear with four other riders who began attacking each other. Back in the peloton race leader Wout van Aert (Jumbo-Visma) cracked from an already decimated peloton.

Pierre Rolland led the quintet over the Croix de Fer with the gap to the peloton at 3-47.

But it was Kenny Elessonde and Carlos Verona (Movistar) who emerged at the front of the race thanks to a rapid descent. The pair hit the final 5.7km climb to the finish in Jauvany together, but Verona dropped the Frenchman quickly with the peloton 1-30 down.

With 2km to go, Verona still had 45 seconds, but the gap was dropping fast.

Then Roglič launched a blistering attack and it looked as though Verona would be caught.

However, the grimacing Spaniard managed to hold off Roglič and take a superb win for Movistar.