Cycling Across the Namib Desert 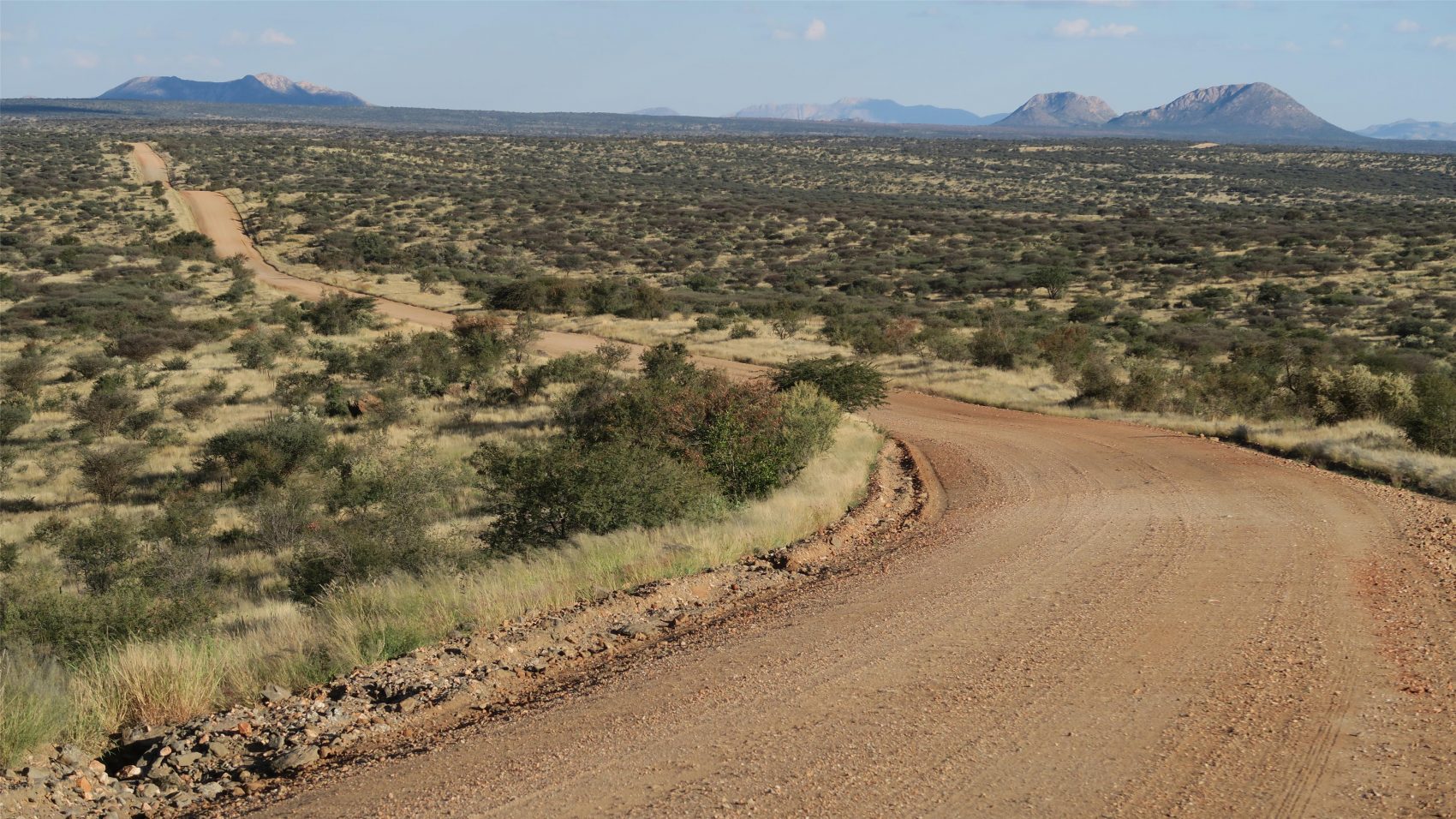 Flying over Namibia the vastness and emptiness of what lies below is striking. With a total population of about 2.5million, Namibia has one of the lowest population densities in the world. The country is (in)famous for its roads, only 20% of which are tarred, leaving more than 35 000 km of gravel and earth-graded roads to be explored, virtually free of traffic.

Windhoek to Walvis Bay is a classic journey of about 400km, crossing the Namib – one of the oldest deserts in the world. For those who love the thrill of non-stop endurance racing, there is the annual Desert Dash in December, a popular local mountain bike challenge to be completed in 24hours.If you are more like me and prefer a travel experience, allowing extra time to marvel at the unique landscapes, enjoy comfortable accommodation and eating delicious local fare, you should explore the southerly route following the C26 via Gamsberg Pass. It’s the perfect 3-day trip. Due to our flight schedule, we decided to deviate from the classic 3-day option, doing it in 4 days, but you can download stages 1 & 2 combined into one below if you want to stick to the 3-day plan..

Looking at the map you might wonder, why ride on a major road? The reality is that Namibia doesn’t even have any A roads… the two main arteries connecting the country are the B1 and B2. Once you leave town, on most C roads you’ll encounter about a car every hour, which is good for comfort if you are two girls riding unsupported through this forsaken part of Africa. On D roads, you’d be lucky to encounter 1 car a day and surface conditions can be rather unpredictable.

Windhoek, Namibia’s capital, is situated on the Khomas Highlands Plateau, at 1700m altitude. Flying in from sea level, expect to be a little out of breath, at least that was my excuse, I mean, it couldn’t have possibly had anything to do with me using this trip as a training ride rather than having trained for it?! Just outside of Windhoek lies Kupferberg Pass – at 2050m above sea level it’s the country’s highest pass and as such the highest point on our journey. So from here to the coastal town of Walvis Bay, surely it’s all downhill?! Wishful thinking… once on top, you barely even notice it’s a pass, but the lack of a descent is compensated for by the beauty of the scenery with gentle rolling hills in the warm light of the afternoon sun.

Our daily distances were pretty much dictated by the location of the limited choice of accommodation along the route. Therefore, on the final day you have no other option than to ride some 180km – it’s not surprising that the name Namib is derived from the Nama word meaning ‘vast place’. Predicting our average speeds and arrival times felt like guessing the lotto numbers. One moment we are flying along on smooth gravel roads with images of arriving early at our next destination, relaxing all afternoon with a cold beer in hand…, the next moment reality kicks in, the surface becomes loose, what we thought is predominantly fast and flat becomes a dragging uphill and the only real downhill is the morale… only for the next spectacular vistas to open up and fuel us with renewed energy.

Along the route we encountered a variety of wildlife. On day 2, after some rainfall a couple of days prior, the surroundings on the Highlands Plateau are surprisingly green, with hundreds of grasshopper type creatures that look like they have just jumped out of a SciFi movie littering the road. Although littering is the wrong word to use… after having wondered what damage these insects might inflict on the scarce vegetation, we soon realized that they actually prefer to feed off their run-over mates, keeping Namibia’s roads clean.

We also came across wild warthog, springbok, mountain zebra and even gemsbok (Oryx) – this beautiful large antelope is not only represented on Namibia’s national emblem, but also finds its way regularly onto your dinner plate – the meat is deliciously tender – so leave those post-ride protein shakes at home.

A standout landmark to look forward to on day 2 and 3 is Gamsberg, also known as Namibia’s Table Mountain. It marks the half way point and start of the drop off from the Khomas Highlands Plateau into the Namib Desert. But it’s still a long way until the terrain properly flattens out.

There is an abundance of river bed crossings, which at this time of year are dry but can become impassible after heavy rains. The loose sand and gravel at the bottom means you can’t always carry your full speed through to get out on the other side – so despite the general ‘downhill’ it’s relentless riding requiring effort and calculated risk as to just how hard you are willing to go before you hit unexpected corrugation and surprise rocks.

But at the end of each day, there is the reward of a comfortable bed in a unique setting. An absolute highlight – Namib Valley Lodge after day 3 – it’s the kind of place and experience that reminds me why I ride my bike, it is just not the same level of satisfaction arriving in paradise by car.

If I could change anything about this trip, I’d want to spend two nights at Namib Valley Lodge to have more time to explore the surroundings and then leaving before sunrise the following morning – although I admit that would be the ‘lazy’ version of this tour. On the last day, there is nowhere on route to fill up with water for 170km! After the C26 joins the C14, which is the major tourist route coming up from Sossusvlei, traffic definitely increases, and you could of course just stop one of the cars. But even now, when it looks easy on the profile, it never is! There is the spectacular dip into and climb out of Kuiseb Canyon, famous for the two German geologist who went into hiding for more than 2 years in order to escape imprisonment during World War 2 (described in the book The Sheltering Desert)

We expected road conditions on the larger C14 road to be better, but it turned out to be the opposite, the flatter the terrain, the deeper the gravel, combined with a headwind – turning a 1000m altitude drop into a seemingly endless character-building ascend down to the sea.

And just when you think that the scenery won’t change again, you reach the coastal dune belt with its towering yellow sand dunes just outside of Walvis Bay. The highest, Dune 7, lies about 2km off the route, but is absolutely worth the side trip!

Sitting in Walvis Bay on the last evening, enjoying the sunset over the Atlantic Ocean, makes the past few days seem surreal! Throw in a flock of bright pink flamingoes and you can’t help but wonder if this is all maybe just a mirage! Namibia is made for gravel bikes and the Windhoek to Walvis Bay route delivers superb variety over a relatively short distance. If you go exploring other areas, consider using a support vehicle!