The Cycling Art of Riccardo Guasco 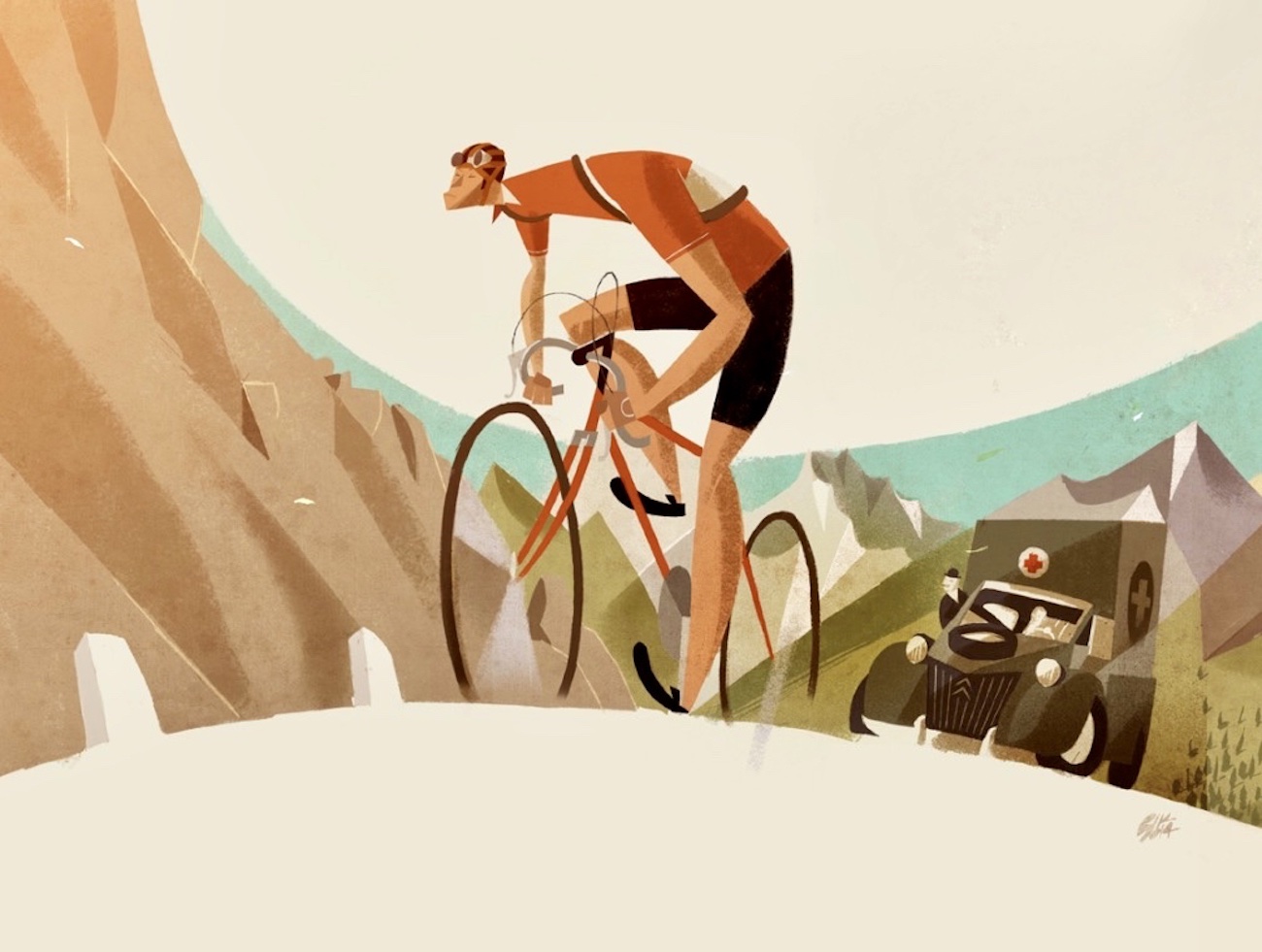 If you’re someone who revels in cycling nostalgia, especially the artistic side of things, there’s a strong likelihood that you’ve come across the cycling art of Riccardo Guasco.

Putting on my art historian hat for the moment, there’s an exaltation of color and simplification of line in Guasco’s art that strikes a bold resemblance to Italy’s Pittura Metafisica movement, while at the same time, his caricatures posses a softness similar to that of Italian modernist Amedeo Modigliani – albeit with a touch of Cubism.

Over the years, Guasco’s art has appeared in numerous cycling publications, ad campaigns, books, apparel and even on bicycles, immortalizing  many of cycling’s biggest legends and celebrating some of the sport’s most iconic races.

In addition, Guasco has been annually commissioned by the well-known Maratona dles Dolomites cycling club, to commemorate each year’s event with a series of special drawings, which trace back the club’s history some thirty years.

more from the artist…

“My collection about cyclists was one of my earlier works. I wanted to convey the more introspective side of each cyclist, rather than to portray them just as racers; my attention was addressed to their thoughts and their soul, I wanted to tell something only through their profiles. So, I decided to sometimes eliminate the bicycle and everything that was redundant for me. And I was left with faces belonging to heroes, profiles speaking about struggle, noses stuck out in order to reach the finishing line they would have passed shortly.”

You can see more of Guasco’s work here.