The Cycling Art of Spencer Wilson 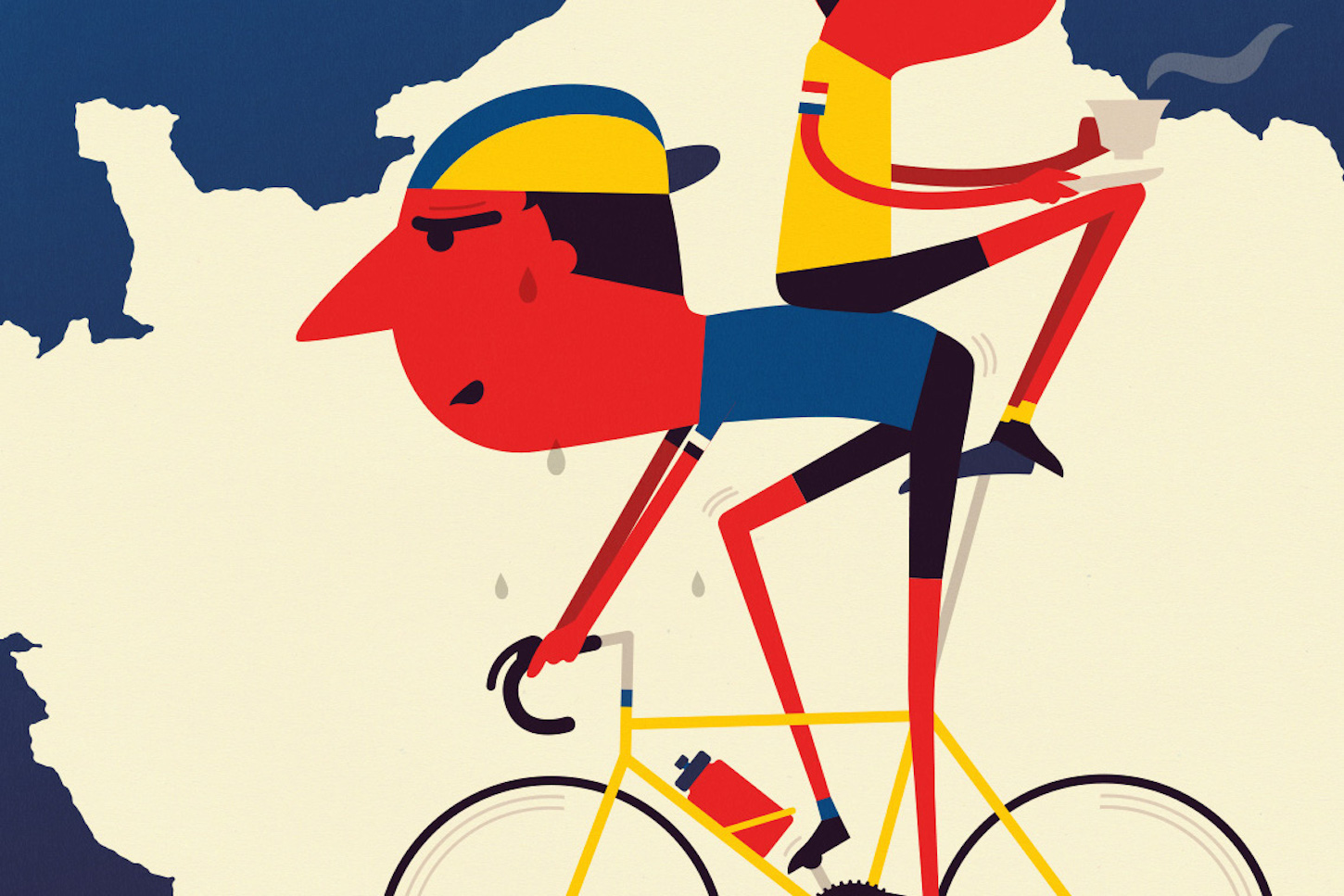 Despite the British being notoriously bad cooks, when it comes to cycling art, they always seem to have the right ingredients.

Take for example, Spencer Wilson’s brilliant illustrations that regale cycling’s Grand Tour events like the Giro d’Italia, Tour de France and the Vuelta a Espana, and the rich culture that goes along with them.

Wilson is an illustrator, printmaker and co-founder of the illustration, design and animation company Peepshow Collective Ltd.

Wilson’s work has been featured in numerous cycling publications over the years. And, with the digital age, his illustrations have become a virtual gallery of their own across the internet.

You’ll also find Wilson’s art gracing the walls of homes and offices across the globe.

His most ambitious project as of late, has been the co-author of the cycling book, The Modern MAMIL, which features an A to Z guide that outlines the secret lingo known only to the most hardcore of cyclists – Middle Aged Men in Lycra.