The Cycling Art of Steven Scott 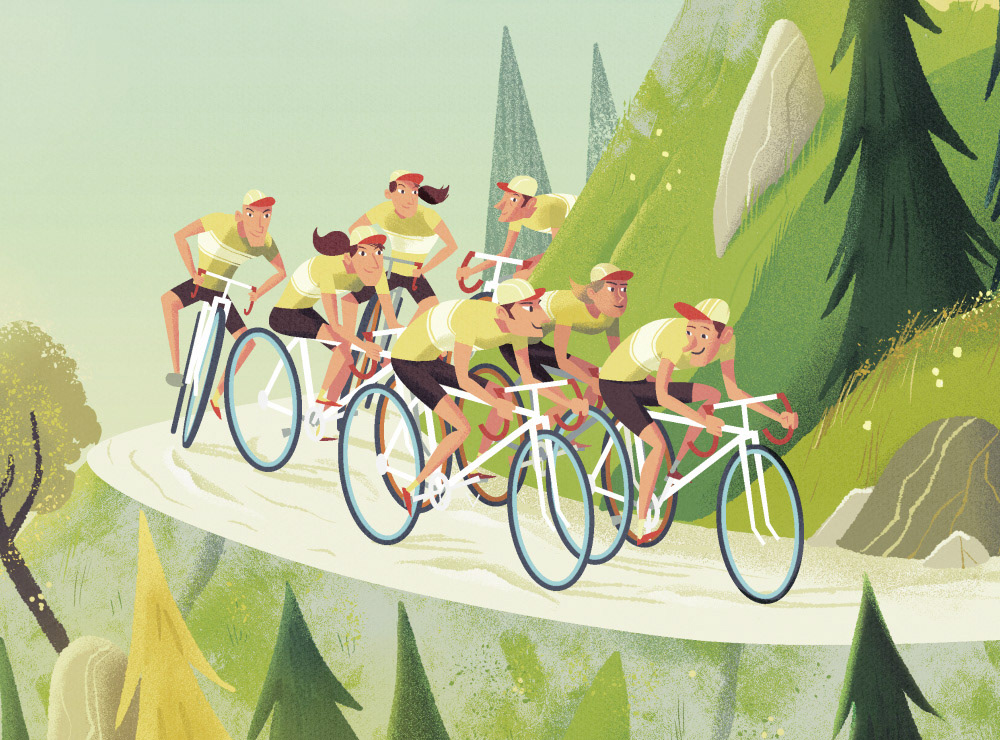 If you’re an avid reader of the cycling publication, Cycling Plus, chances are you’ve had the pleasure of seeing the cycling art of Steven Scott gracing the pages of numerous articles over the years.

The London-based artist/illustrator is described as having an uncanny knack for blending fresh contemporary images alongside those retrospective of the past.

Indeed, one critic described Scott’s work, as “evoking the atmosphere of the 1960’s, by capturing the originality of the characters and colors of that era in great detail. ”

Most of the images here are taken from the pages of Cycling Plus magazine during 2016.

In addition to Cycling Plus, Scott’s work has also been commissioned by Nokia, Sony Ericsson, Volvo Cars, Wired Magazine and the rock band Led Zeppelin.

Scott’s work has also appeared on display at the Guggenheim Museum in New York, and featured during the Pictoplasma Berlin Film Festival.