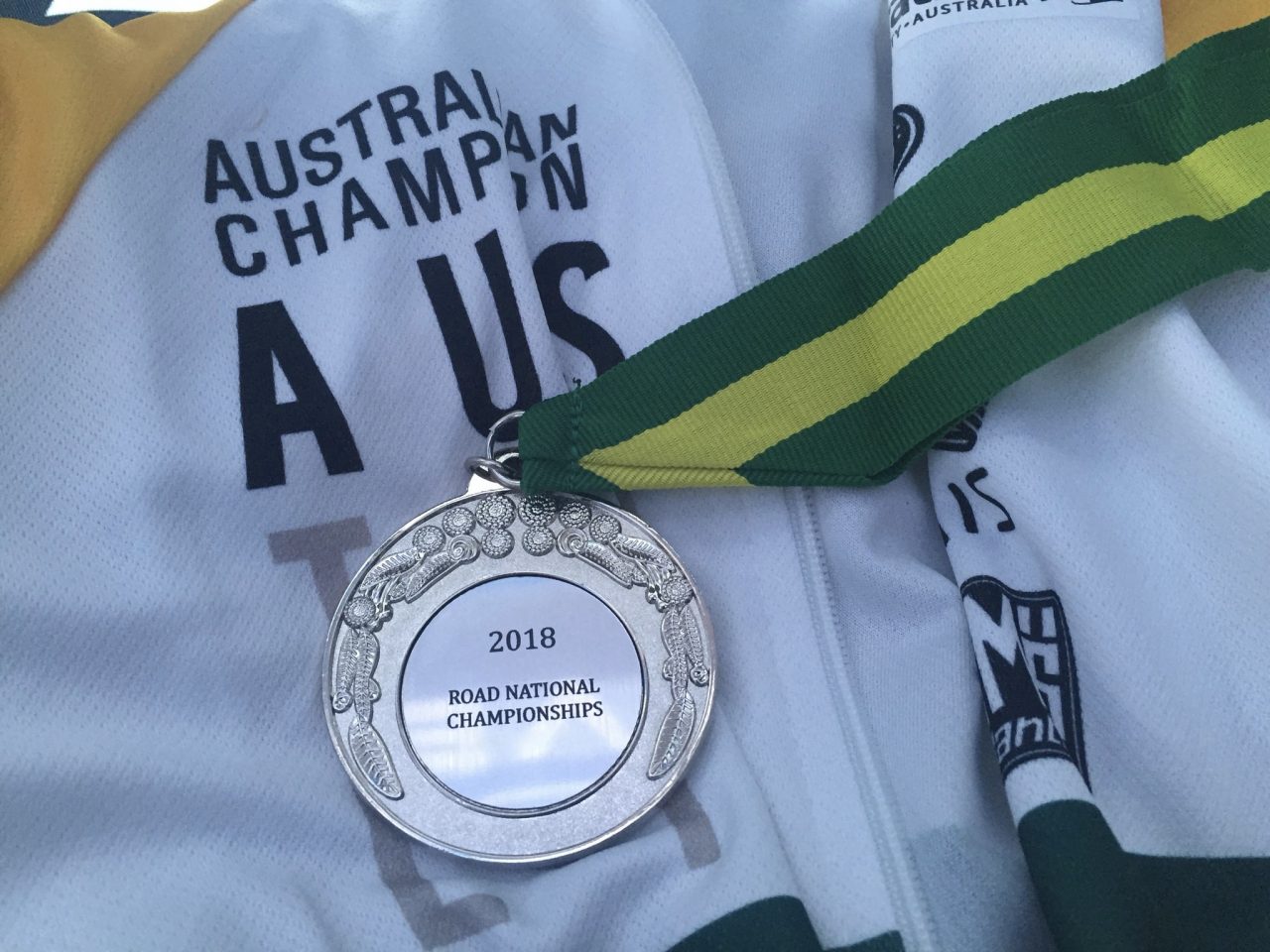 “The feeling of winning never really gets old,” exclaimed the 23-year-old following his victory. “It is good to get the year off to a good start again.”

After spending most of the race at the rear of the peloton, Ewan perfectly timed his move forward perfectly. “I like to sit at the back and see how it is being raced and where the hard parts are on the circuit,” he explained. “I sat back and observed for a little bit, and then I made my way to the front – it was game on from there.”

Ewan, who has won two Grand Tour stages with Mitchelton-Scott during his career, paid credit to his team-mates for their impressive lead-out effort. Despite the World Tour team being outnumbered by 13-rider strong Bennelong SwissWellness, polished performances from Alexander Edmondson (SA) and Luke Durbridge (WA) left Ewan perfectly-placed for the sprint finish.

“This is the strongest team we have had since I turned pro and started racing the elite crits,” he said. “It was always going to be hard to beat some of the bigger teams here, so they did so well.”

After finishing second last at the 2017 road race, Ewan was hopeful better weather conditions on Sunday could help him replicate his 2015 podium placing. “The course is usually too hard for a sprinter, but if there is a head wind up the climb then it is easier,” he said. “The first year I did it there was a head wind and I came second; the past two years it has been a tail wind and I have been dropped both times. It really depends on the conditions for how well I can go.”

Victorian von Hoff was pleased to add a criterium silver to his palmares, which already includes two national criterium crowns from 2014 and 2015. “Brenton, Caleb and I have all been on the podium together quite a few times now,” the 30-year-old laughed. “We always find each other on the final corner.”

Following six years in Europe with Garmin-Sharp, NFTO and most recently ONE Pro Cycling, von Hoff has returned to Australia to rejoin his first-ever team, National Road Series powerhouse Bennelong SwissWellness (then Torq Performance Nutrition) for 2018. “It is fantastic for myself to be back with such a good squad with Bennelong SwissWellness, to race with the guys again and be under the guidance of Andrew Christie-Johnson. It is such an honour, I am just so happy to be back. it shows in the results – I am already back fighting.”

For Jones, meanwhile, third place was a repeat of last year as he was unable to outsprint the flying Ewan. “He’s a hard man to beat on this Ballarat Sturt Street course,” Jones admitted.

Despite being is in the midst of intense training to aim to qualify for the 2018 Commonwealth Games, Wiasak showed her power, sprinting to the line on the uphill Sturt street finish. Despite being littered by attacks throughout the race the race came down to a bunch sprint with Wiasak striking out and overhauling her rivals to take the title.

“I’m thrilled to win today. I didn’t have a lead out, I’m here by myself as I don’t have a team here in Australia. I’m committed to the track program to try and make the Commonwealth Games in April so that’s a priority,” said Wiasak who won world titles in 2015 and 2016.

It has been an emotional time for Wiasak, with her fiancé and fellow professional rider Ben Hill suffering a fractured vertebrae in a race crash in China, which left him stranded in the country for seven weeks before returning home on Christmas Day.

“My fiancé Ben has been stuck in China the last few months, it’s been a really tough time to stay in Adelaide and continue to train and stay focused and motivated. I just had to make every opportunity count,” she said.

For 2015 champion Sarah Roy, second place was a bitter sweet result. “Second is not the championship title but it’s still a good ride, I think I have to be happy with that. As a team we rode really well and we can be really happy with that as a debut race for the season. “We were pretty nervous going into the race so I think it’s a good start,” she said.

For third placed Wells it was an achievement to even make the start line, working full time as a doctor and coming down with a head cold earlier in the week.

“I feel elated to be on the podium at the criterium national championships. I haven’t been very well these last few days and when I woke up this morning I didn’t know if I was even going to race. I’m really happy racing with the Holden-Gusto team and to bag a bronze medal is a really big thing,” said Wells.

The battle for the under 23 title went to Kristina Clonan (QLD) who finished fourth in the elite race to add another green and gold jersey to her growing palmares, having won the Madison national title in December. Silver went to Ruby Roseman-Gannon (VIC) with Maeve Plouffe (SA) completing the podium.

“It feels awesome! I came out here last year and didn’t quite get the results I wanted so it’s awesome to be able to come back and I really gave it a good go,” said an elated Clonan.

“Both are pretty special, you know putting on the Australian stripes is probably one of the best feelings and I am very honored to wear the strips,” she added on comparing it to her Madison victory.