Cycling the Arcalís with Dan Martin 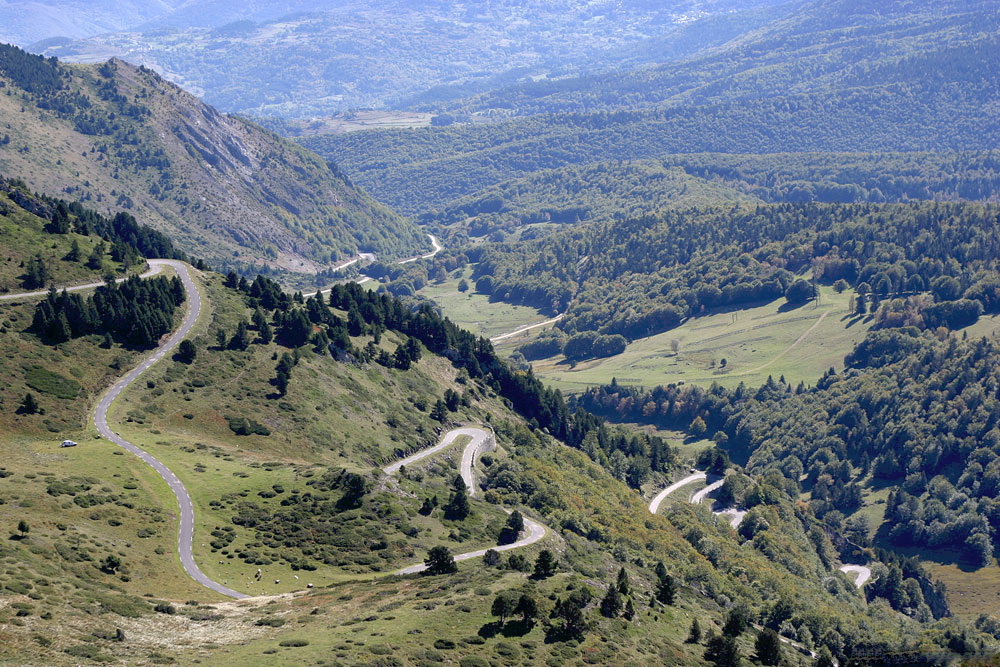 Our first visit to Andorra so we thought we’d call on a little pro knowledge to help us out, this time we’re honoured to be joined by Dan Martin from Cannondale-Garmin as we tackle the 2,229 metre high hors catégorie ascent of Arcalís. With stage victories in the Tour de France and Vuelta a España, plus one day classics Liège-Bastogne-Liège and the Giro di Lombardia in his palmarès, if there’s one thing Dan knows a trick or two about it’s going uphill….FAST!

Starting in Ordino the climb up to the Arcalís ski station is 18.3km in length with an average of 5.2%. By Andorran standards this could be classed as “easy” but don’t be fooled. As the road pitches up to double figures at El Serrat this is the exact point that a 22 year old Jan Ullrich obliterated the 1997 Tour de France, not only winning the stage but riding himself into the yellow jersey by the summit. Since then the climb has witnessed many a fine racing moment including Contador putting in a late attack to try and get one over Armstrong in the 2010 Tour (despite being on the same team) while Sir Bradley Wiggins named Arcalís among his favourite climbs in his book “On Tour”. Grand Tour drama and rated by the pro’s, surely that’s good enough reason to check out the dizzy heights of Andorra for yourself?