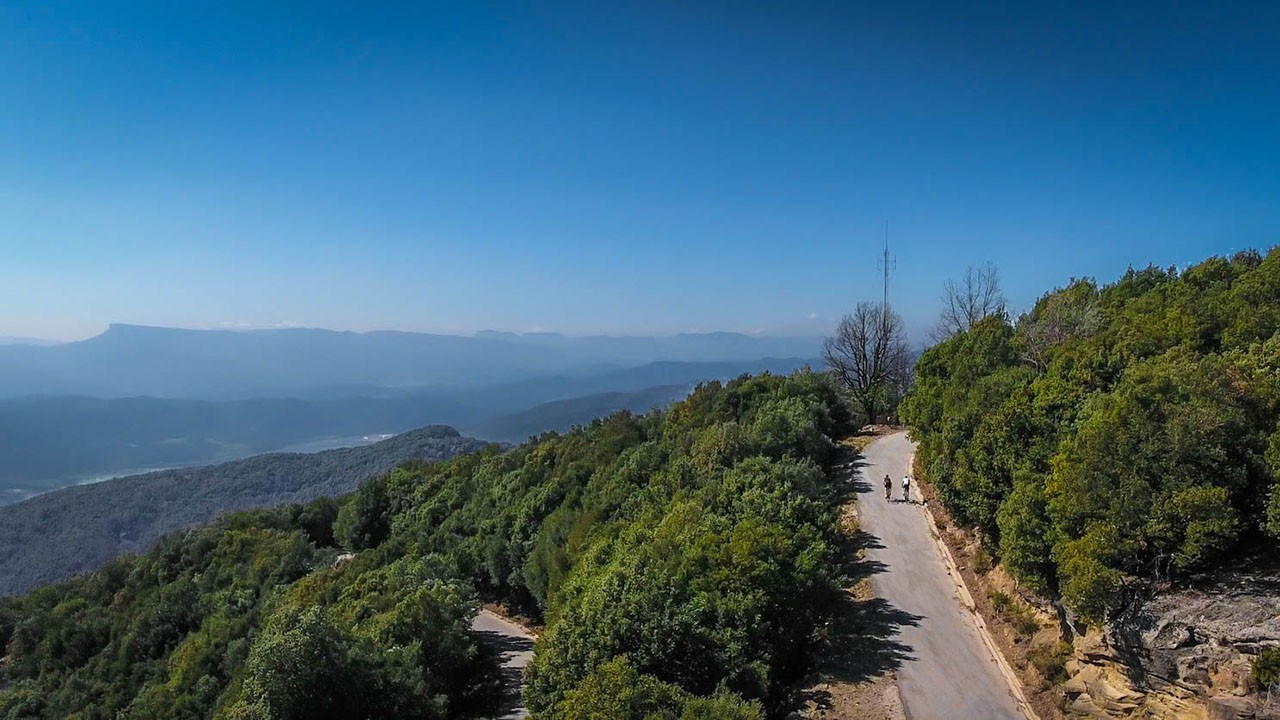 Within a stone’s throw of the beautiful Costa Brava and Pyrénées, the medieval town of Girona has been home to many of the world’s professional cyclists for close to two decades, offering the perfect environment for a cyclist looking to hone their form on quiet roads and with favourable year round temperatures. There are a few of these ‘pro havens’ scattered around Europe, each having their own self proclaimed testing ground – usually involving a steep slither of road well off the beaten track where riders can test their form as season goals approach.

While Nice is famous for the Col de la Madone and Lucca the Monte Serra, Girona has its very own secret amongst friends, just 20 kilometers north of the old town. Named after the 12th century Santuari de Rocacorba that sits just shy of the summit this is a climb that, although not as well known as some of the more popular peaks, has a significance all of its own – especially for one rider in particular.

A pro for 18 years David Millar’s turbulent career has been well documented, most notably in his books ‘Racing Through the Dark’ and ‘The Racer’. Having moved to Girona a decade ago Millar is part of the history of Rocacorba, in fact the climb had such significance to the Scotsman that it’s woven deep into the tapestry of life well after racing and now as a social bike rider with the creation of Velo Club Rocacorba.

I’d bumped into David in an airport a few months ago which got me thinking about how to really unlock Rocacorba’s heritage the way I’d like to. Naturally that involved Millar himself. Thankfully the stars aligned and a few weeks later we were sat outside the Aquarium cafe in Banyoles – the same cafe Millar used to stop at before hitting the climb hard as a pro. Fortunately for me those days are behind him now so I got to see the climb at a social pace which meant I didn’t have to grind my teeth or chew my stem (this time).

Leaving the tranquil lakeside setting of Banyoles and casually rolling out of town we picked up a sign for Pujarnol, it’s here you’ll see the first sign for Rocacorba too but don’t be tempted to hit the gas too soon. It’s not until you’ve covered 2.9km and cross the small bridge over the Matamors river that the proverbial clock starts ticking. From here the road starts to ramp up, its changing gradient makes finding a rhythm harder than you’d expect from a relatively short 13.8km ascent at an average of 6.5%. If you’re not out to simply enjoy the view then the secret to riding Rocacorba lies in riding the easier sections hard, where we’d normally encourage you to eat, drink and get back in the green. The sight of the radio masts signals you’re approaching the summit and, whilst we can’t guarantee you’ll get a welcome like we had from the Velo Club Rocacorba (this is a once a year special) we can say that if you pick your day well then the views from the top are well worth the discomfort on the way up.