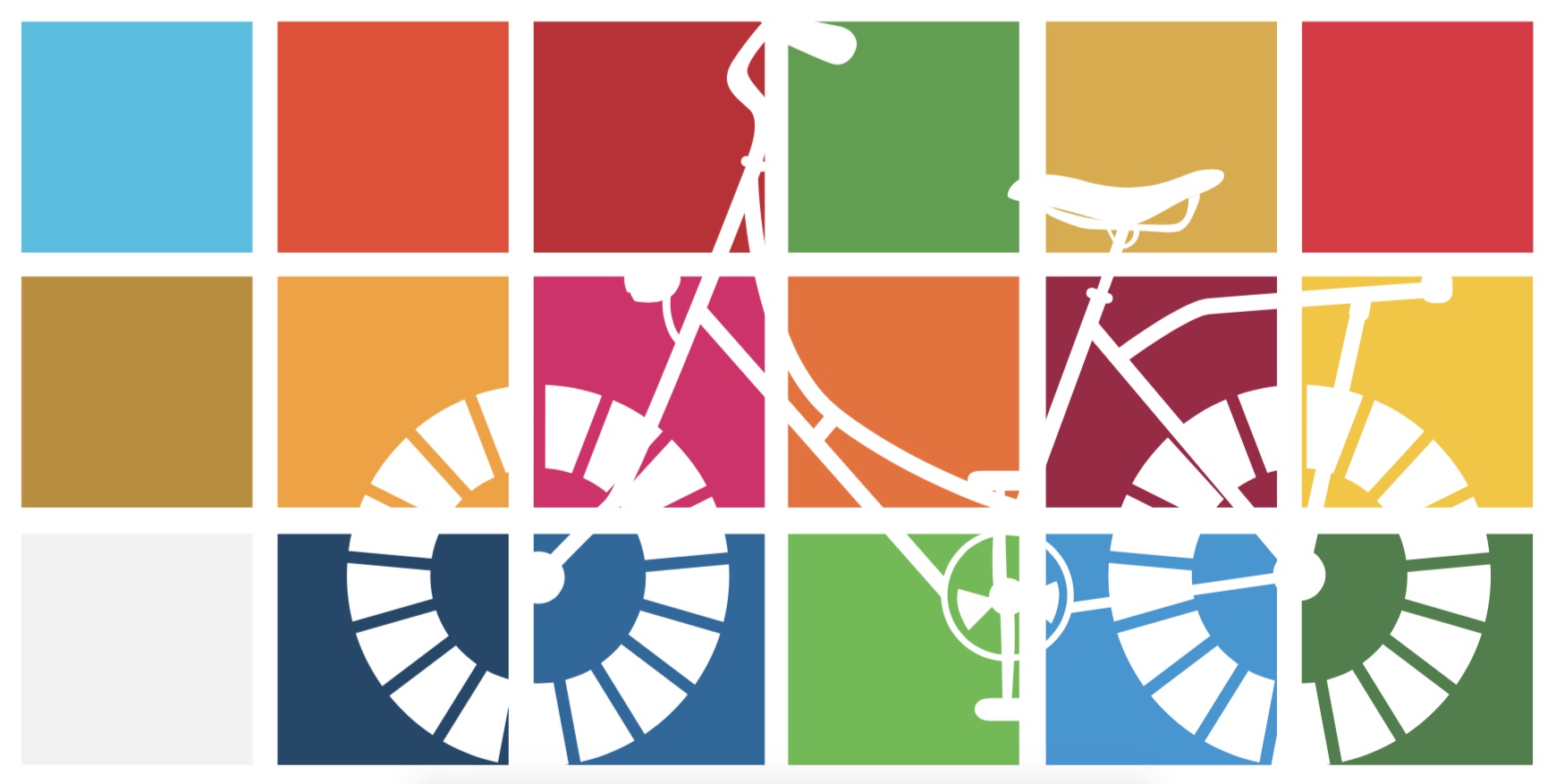 The slowest wins… maybe not your typical bike race, but it drew the crowds at the United Nations Office Geneva Open Day at the weekend. The slow bike race was just one of the attractions at a stand devoted to the bicycle, which also included a quiz and colouring fun for children.

Hundreds of people visited the stand at the Palais des Nations in Geneva, Switzerland, where some tried out their bike handling skills in the slow riding competition, children undertook the not-so-easy task of drawing a bicycle, and still more visitors tested their knowledge on how cycling contributes to sustainable development.

How many bikes are there in the Netherlands? How many extra patients can a community health worker in Zambia visit with a bicycle rather than on foot? How many grams of CO2 are saved by cycling 1km rather than driving 1km?

The brain teasers led to some animated discussions, which was one of the aims of the Union Cycliste Internationale and its co-organizers of the stand: the European Cyclists’ Federation (ECF), the United Nations Economic Commission for Europe (UNECE), the International Telecommunication Union (ITU) and the Permanent Mission of the Kingdom of the Netherlands in Geneva.

“We wanted to highlight the potential of the bicycle and raise people’s awareness of the benefits of cycling to their health, and to sustainable development,” explains UCI Campaigns Manager Isabella Burczak.

With 169 targets and 232 indicators, the 17 goals are to be reached by the 193 member countries of the United Nations.  So far, they have been included in regional agendas, and national and local development plans.

Cycling, as a mode of transport and healthy everyday activity has already been contributing to the SDGs and can go further. The World Cycling Alliance has calculated that cycling is directly linked to delivering 11 of the Global Goals.

Be it contributing to ending poverty in all its forms everywhere (Goal 1) by opening access to markets, education and jobs; achieving gender equality and empowering all women and girls (Goal 5) by providing them access to water, schools, markets and jobs; taking urgent action to combat climate change and its impacts (Goal 13) by being a symbol for decarbonising transport and societies – the potential is evident.

The UCI Cycling for All Manifesto, contains a call for world leaders to put cycling at the center of their policies on sustainable development. The UCI is working to meet the SDG targets of achieving a 50% reduction in road traffic deaths and serious injuries by 2020, and safe, affordable transport for all by 2030. To do this, the UCI works with National Federations, governments and partners from the public and private arenas to promote cycling in all forms, whether for transport, recreation or sport.

The bicycle remains a low cost, emissions-free, healthy mode of transport, and the UCI welcomes potential partners to work with them as they  encourage its use as a tool for sustainable development.