Cyclist Takes a Bike Share for a Ride Around the World 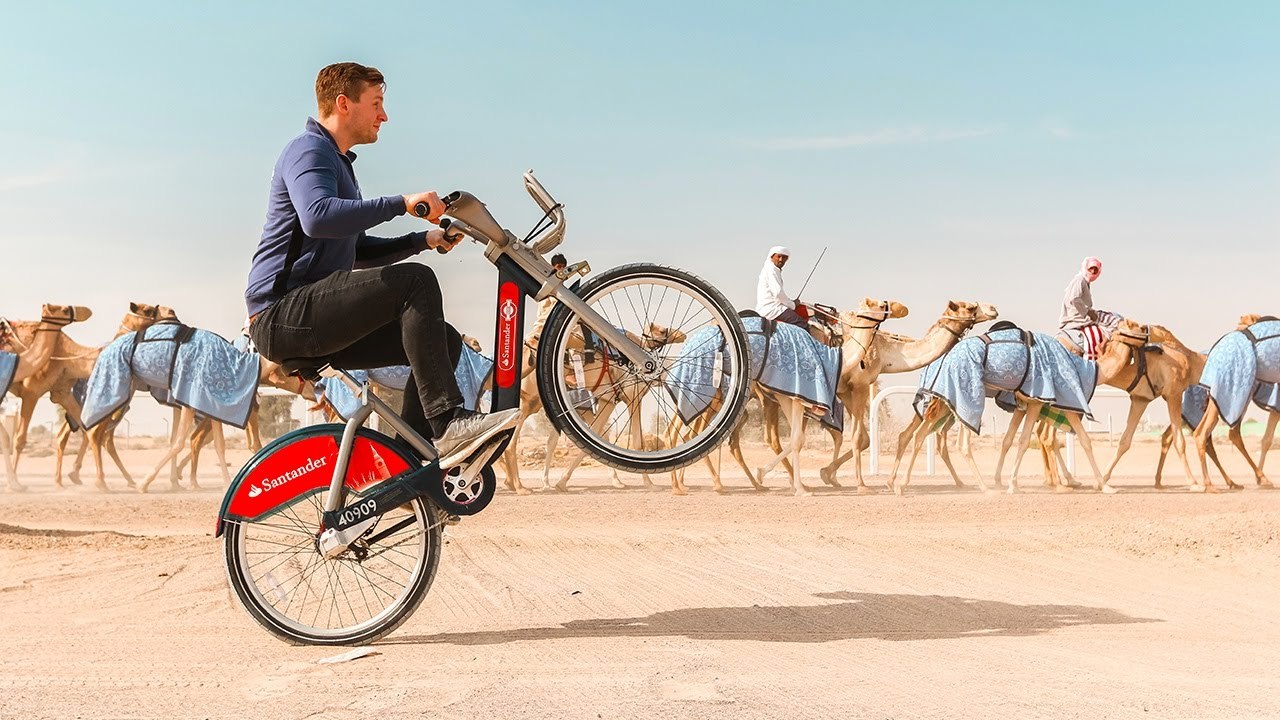 A cyclist in London took one of the city’s bike shares on a ride around the world, to raise money for a charity that helps terminally ill children.

Chris Astil-Smith, rented a bike share in London, and proceeded to cycle around the world, visiting such cities as New York, New Delhi, Las Vegas and Paris, while incurring a £300 late return fine.

For three weeks in January Smith cycled around five countries and spent two days in each city capturing the trip with friend and videographer Alex Tyrwhitt.

According to Smith, he faced security trouble in New York as well as Delhi where he says he was forced to bribe security £10 at the Taj Mahal to cycle inside.

He said: “We got all the way to the Taj, but they wouldn’t let us in with the bike because of the high security.

“So we found some land around the back and ended up bribing the security guards the equivalent of £10 to let us go in and cycle around.

“In Dubai they pulled us in for questioning about the bike as they were a bit suspicious.

“In the end they let us through because we convinced them it was just our normal bike and we wanted to cycle around the city.

“Bearing in mind no one cycles in Dubai haha.

“Security in NYC was also quite tight, and they asked a lot of questions about the bike but surprisingly in Heathrow we went straight on through with it.”

“We went to New York, San Francisco, Las Vegas, Rome, Paris, Dubai and New Delhi and the Taj in India.

“The trip was awesome. It was really intense and full on.

“We were only in each place for like two days.

“The bikes really heavy and getting from anywhere was an adventure, especially the airport to our accommodation.

“USA wasn’t too bad as they have big cars but Rome and Paris needed a little more strategy.”

When Smith returned home to London on January 22, the video went online to publicize his adventure in support of the Dreams Come True Charity.

But, the bike share owner, Santander Bank, quickly fined him £300 when he returned the bike to its spot in the Westminster section of London.

Smith said: “They take a £300 fine out of the account if you don’t dock the bike back after 48 hours.

“They assume the bike is lost or stolen so that’s the max fine we got.

“They should definitely donate that £300 back to the swim though for all the exposure.

“They did write to me on Twitter, they said they loved the video.”

This summer Smith will be swimming the English Channel and has so far raised over £6,000 for the charity.

He said: “I’ve seen people do amazing things for charities but they never get the exposure they deserve.

“I wanted to create a funny, shareable video that links to a great cause.”

“Dreams Come True is one of the smallest UK charities and never gets any exposure because they don’t put donations into advertisements which I really liked.”

“I wanted to create something that would raise their profile also.”