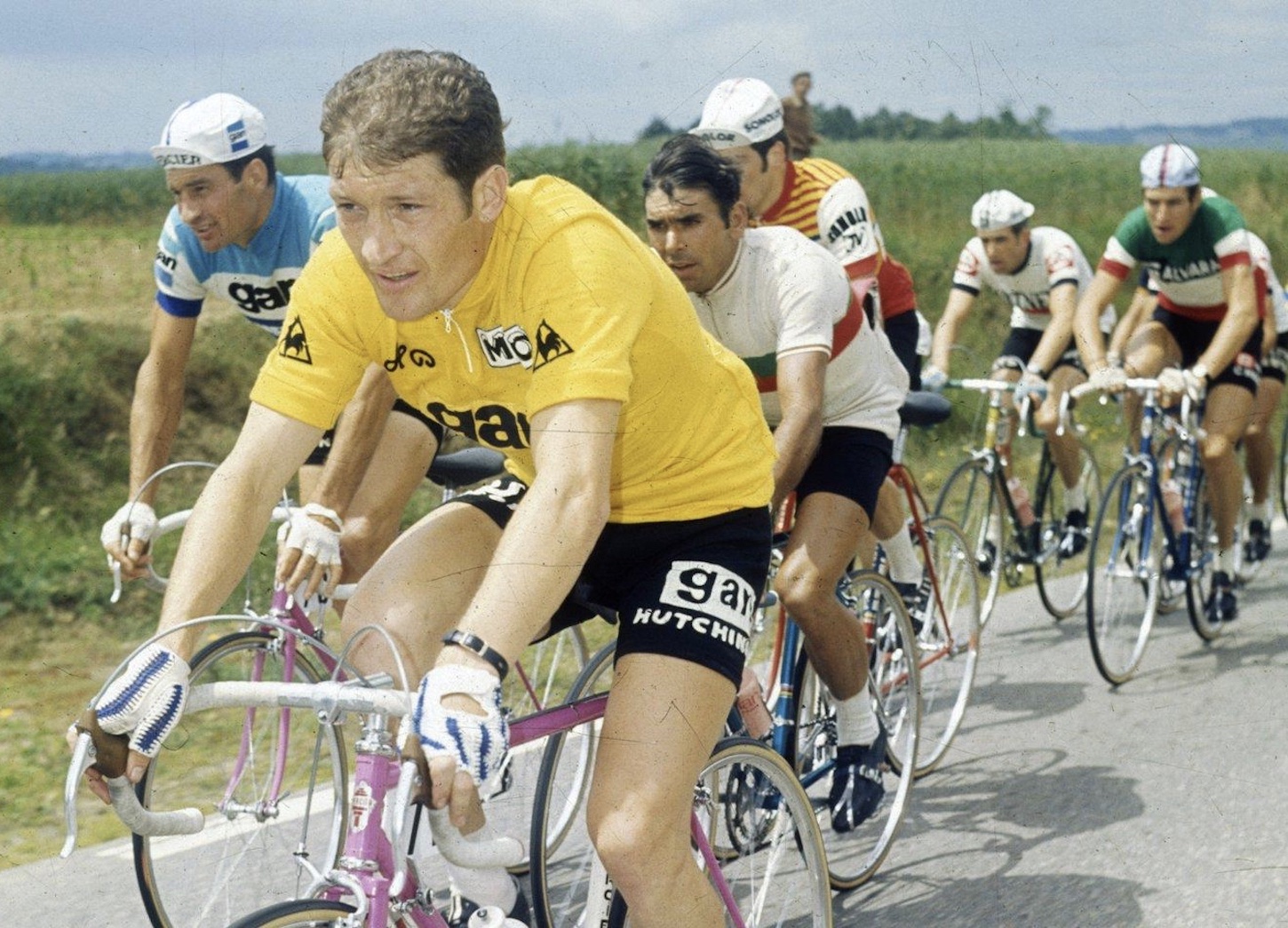 A belated happy birthday to Cyrille Guimard, who was born on January 20, 1947.

The French rider is best known for winning the Points Jersey in the 1971 Vuelta a Espana, as well as two consecutive podium finishes in the World Championship Road Race, where he finished 3rd in 1971 behind Eddy Merckx of Belgium and Felice Gimondi of Italy and 3rd again the following year behind Marino Basso of Italy and Franco Bitossi of Italy.

But, perhaps Guimard’s greatest achievements were in the role of directeur sportif, where his tutelage fostered such talent as Tour de France winners Bernard Hinault, Laurent Fignon, Lucien Van Impe and Greg LeMond.

Guimard’s rise to fame began as an amateur rider, after he won the French National Championships across all three disciplines of road, track and cyclocross in 1967, a feat that he would repeat as a professional rider twice more in his career.

Guimard is commonly regarded to as a “sprinter”, winning nearly 100 races during his brief eight year career.

That same year, he also won the points competition in the Vuelta a España and the Six-Days of Grenoble.

However, Guimard’s most impressive moment was during the 1972 Tour de France.

Despite not being a natural “climber”, he fought to stay on terms with Eddy Merckx during a 28 kilometer ascent to Mont Revard, finishing just 10 centimeters behind his Belgian rival.

Unfortunately, he was forced to abandon the race during the final two stages due to reoccurring knee pain from a previous car accident – causing him to relinquish the green jersey.

Reports were that Guimard’s condition had become so severe leading up to his departure from the Tour, that he had to be carried to his bike for the start of each stage because he could no longer walk.

Nevertheless, a gallant Merckx handed Guimard his green points jersey at the conclusion of the race during the podium ceremonies in Paris.

That injury led to Guimard’s retirement from the sport the following year.

After his retirement, Guimard became directeur sportif with the French Gitane team that was run by former national champion Jean Stablinski, which featured both Hinault and Van Impe at the time.

Hinault was considering leaving the team, but Guimard, who had previously raced with Hinault in the peloton, convinced him to stay.

Hinault said: “Stablinski was a manager of the old school: ‘Race and we’ll talk about it later.’ He gave me no advice at all, though he was decent enough. I would have been more impressed if he’d stuck to his word and not had me racing every race on the calendar. I wasn’t a machine and he expected too much of me. But for Guimard, I might have joined up with Raymond Poulidor of the Mercier team and we’d never have got on. There’d have been wars between us and I’d have been off again, trying all the teams one by one, and wasting a lot of time. If you want to devote yourself to racing, you must find the right conditions and be able to get on with your colleagues. With Guimard I knew that things would improve and that we could agree on a program. Guimard and I had a perfect understanding and realized most of our ambitions, even if we were to fall out later.”

Indeed, it was his role as directeur sportif shepherding the talents of Van Impe and Hinault that truly forged Guimard’s reputation, later bridging his skills to such notable teams as Gitane-Campagnolo, Renault-Elf-Gitane, Système U-Gitane, Super U, Castorama, and Cofidis, which resulted in no fewer than seven Tour de France victories under his leadership.

Van Impe said, “Cyrille was one of the best directeurs sportifs that I ever met. Without him, I don’t know if I would ever have won the Tour. Perhaps I would, but his way of talking to riders really lifted us. There’s no one better for re-motivating a rider. As a manager, he always stayed a rider in the way he thought. That makes all the difference. He always knew when to go after a break or to let it go. And everything he predicted at the morning briefing came true later in the race. On the other hand, the moment the race was over he always wanted the last word… a real Breton! But Guimard is Guimard.”

Guimard was also a strong advocate of modern methods of rider preparation. LeMond described him as the first professional cycling coach to formally study physiology in order to apply it to rider training. He also took riders to the Equipe Renault Elf Formula One team’s wind tunnel to perfect their positioning on the bike and maximize their aerodynamic efficiency.

Guimard’s wind tunnel work with Hinault led to the development of the Gitane Profil, the first bike to use teardrop-shaped tubes and handlebars, which Hinault claimed earned him one and a half seconds per mile in time trials, while he also experimented with internal cabling. His interest in aerodynamics also led to his teams introducing other innovations in bicycle design during the 1980s, including sloping bike frames and disc wheels.

At the 1986 Tour de France, his rider Thierry Marie won the prologue by a quarter of a second with the aid of a “lower back rest” on his bicycle, which functioned as an aileron to reduce aerodynamic drag, although the design was subsequently banned.

Unfortunately, Guimard found himself without a team when Castorama dropped out of the sport at the end of 1995.

However, in 1997 he helped form the Cofidis team, but left that same year after he was accused of accounting irregularities and obtaining credit by false pretenses.

Things worsened for Guimard from there.

As one of the founders of the company, Siclor, a company that was set up to make bicycle frames with government funding, the project collapsed in 1997 as well.

A court later sentenced Guimard to a suspended jail term for “abuse of social funds”.

Guimard eventually rebounded from his trammels in 2003, becoming advisor and technical director of the French amateur cycling team Vélo Club Roubaix, where he worked with the then fledgling pro Andy Schleck.

He remained with the team up until 2014.

In June 2017, Guimard was appointed coach of the French national team.