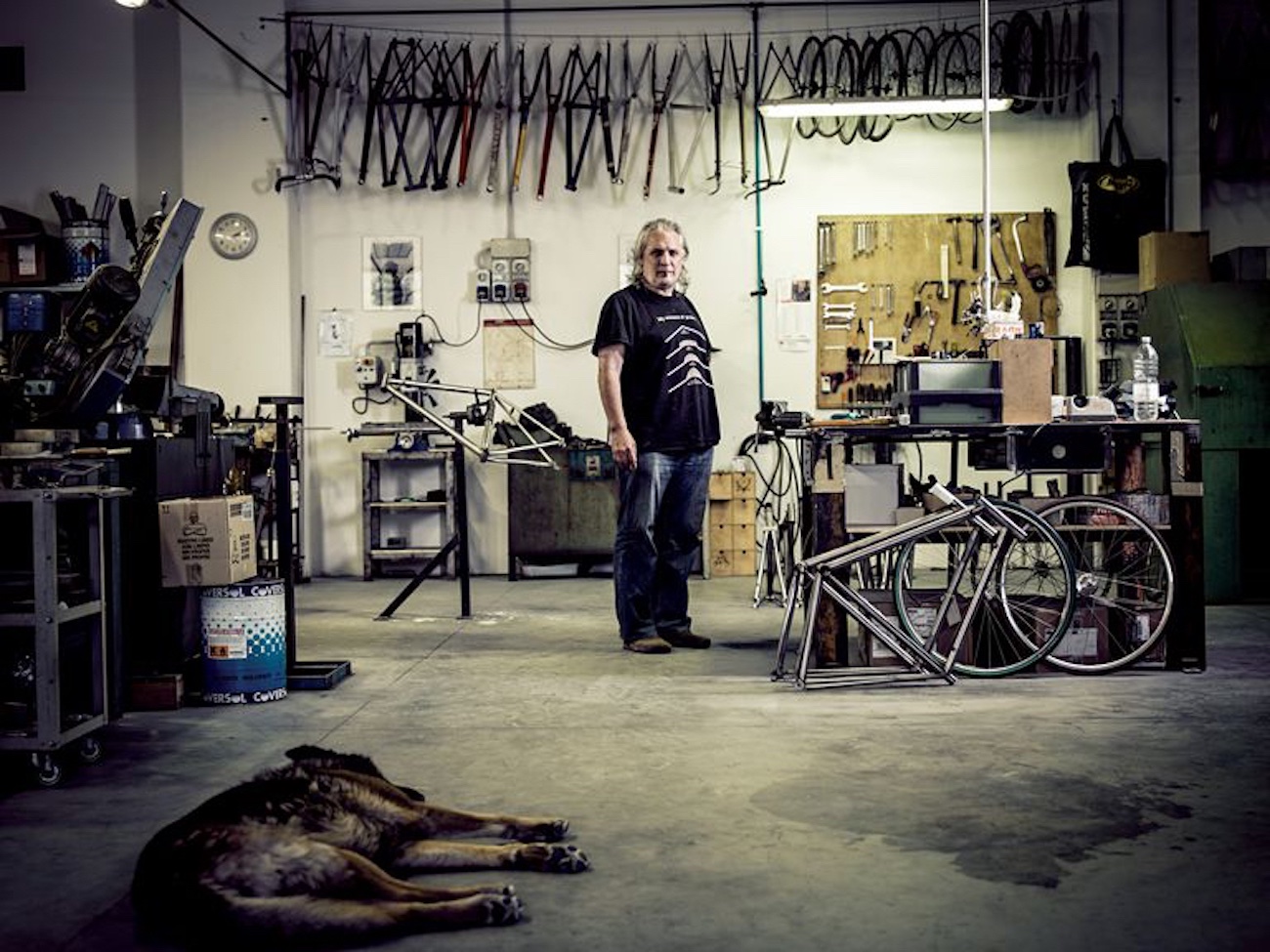 29 Oct 2018
By Campionissimo - In FEATURED ARTICLES, LATEST ARTICLES, THE PODIUM

The North American Handmade Bicycle Show (NAHBS) is pleased to announce that “Officina” Dario Pegoretti — the team that Dario trained for many years — will be exhibiting at this year’s show in Sacramento, California, showcasing the technical and artistic vision of their legendary founder.

Widely considered the “Godfather” of the artisan framebuilding world, Pegoretti’s frames are known for their exquisite craftsmanship and creative paint schemes that made them as much objects of art as they were bicycles.

Pegoretti apprenticed with master builder Luigi Milani, where he started-off sweeping floors, before learning the skill of artisan framebuilding.

From there, he struck out on his own during the 1990’s, steadily building up the reputation as a “frame builder of trust” during the 1990s, designing and building frames for top pro racers like Miguel Indurain, Marco Pantani, Mario Cipollini and others.

Pegoretti went on to solidify his reputation on these shores as well, teaming up with legendary American framebuilder, Richard Sachs, to create a special alloy called Pego–Richie, and winning such coveted awards as the NAHBS President’s Choice award in 2007 and NAHBS’ Framebuilder of the Year in 2008.

In a statement released from long-time importer and distributor of Pegoretti frames, Gita Sporting Goods in Charlotte, NC, Pietro Pietricola said, “We can’t yet talk about losing our amazing friend – it’s still too near. But if Dario taught us anything, it was the ability to continue his work, developing the excellence and artistry of Italian frame building. And of course, to never turn the music down. We’re going to respect his wishes.”

Don Walker, founder and president of NAHBS, added, “Dario was the total package– an exceptional designer, meticulous frame builder, mind-blowing artist, and all around nice guy. The impact Dario had on his fellow builders and within our entire industry is immeasurable. To have his legacy live on at NAHBS is truly an honor.”

For more information about this year’s North American Handmade Bicycle Show, please visit http://www.nahbs.com.
You can also connect with NAHBS socially on Instagram, Facebook, and Twitter.