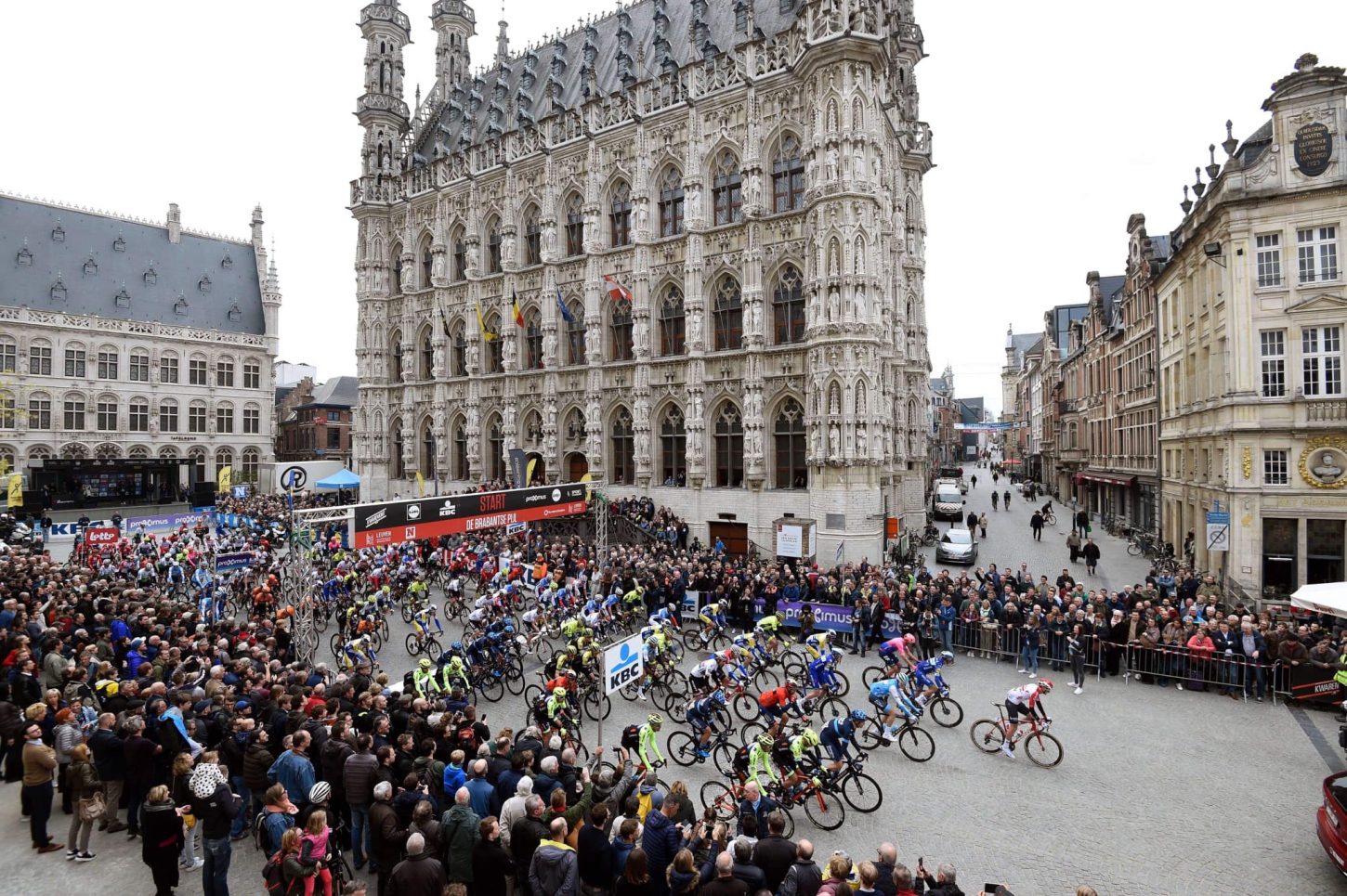 Van der Poel was part of a small group of riders containing defending champion Tim Wellens, Julian Alaphilippe and Michael Matthews who regularly exchanged pace setting duties during the final stages of the race, with no rider able to distance himself from his rivals.

In the end however, Van der Poel positioned himself perfectly during the final sprint to snatch the victory.

“I’m very happy and also proud to be there with three big names in front, and to finish it off like this is kind of like a dream,” said Van der Poel said.

“I said before this Classics season that this race suits me the best and I’m glad I could prove that.”

From there, the escapees went on to establish a modest advantage of around three minutes over the peloton.

However, with 70 kilometers to go, the group’s lead had dwindled to just 35 seconds. But, as they hit the challenging climb of the Hagaard their gap pushed back out to almost a minute.

Back in the peloton, Lotto Soudal’s Tosh van der Sande decided to attack, followed by Deceuninck-QuickStep’s Mikkel Honore. Another attack came from Van der Poel over the Herstraat climb, but the Dutch rider failed to bridge his way to Van der Sande and Honore.

Van der Poel attacked again over the climb of the Holstheide, this time making his way to Van der Sande and Honore, only to find that neither rider was interested in working with him, and they were eventually brought back into the peloton.

As the race hit the steep climb of the Ijskelderlaan, members of the original breakaway group split apart with only Backaert, De Bondt, Livyns and Planckaert remaining out front. But, their efforts were eventually brought to a close after the climb of the Schavei with 30 kilometers still to go.

Daryl Impey animated things during the second lap around the finishing circuit, but he couldn’t quite get the gap he wanted until the Ijskelderlaan, with the South African rider subsequently opening up a slight lead of 15 seconds for himself before hitting the Schavei again.

Back in the chase, Alaphilippe initiated an attack over the top of the Hertstraat with Wellens, Matthews and Van der Poel fast on his wheel.

The four riders eventually reached Impey, while Sonny Colbrelli and others back in the peloton chased in earnest.

Back up front, Impey was distanced on the Holstheide, leaving the remaining four out front.

The quartet continued to worked well together until they reached the Schavei, where Van der Poel proved to be the greater tactician during the sprint to the finish.