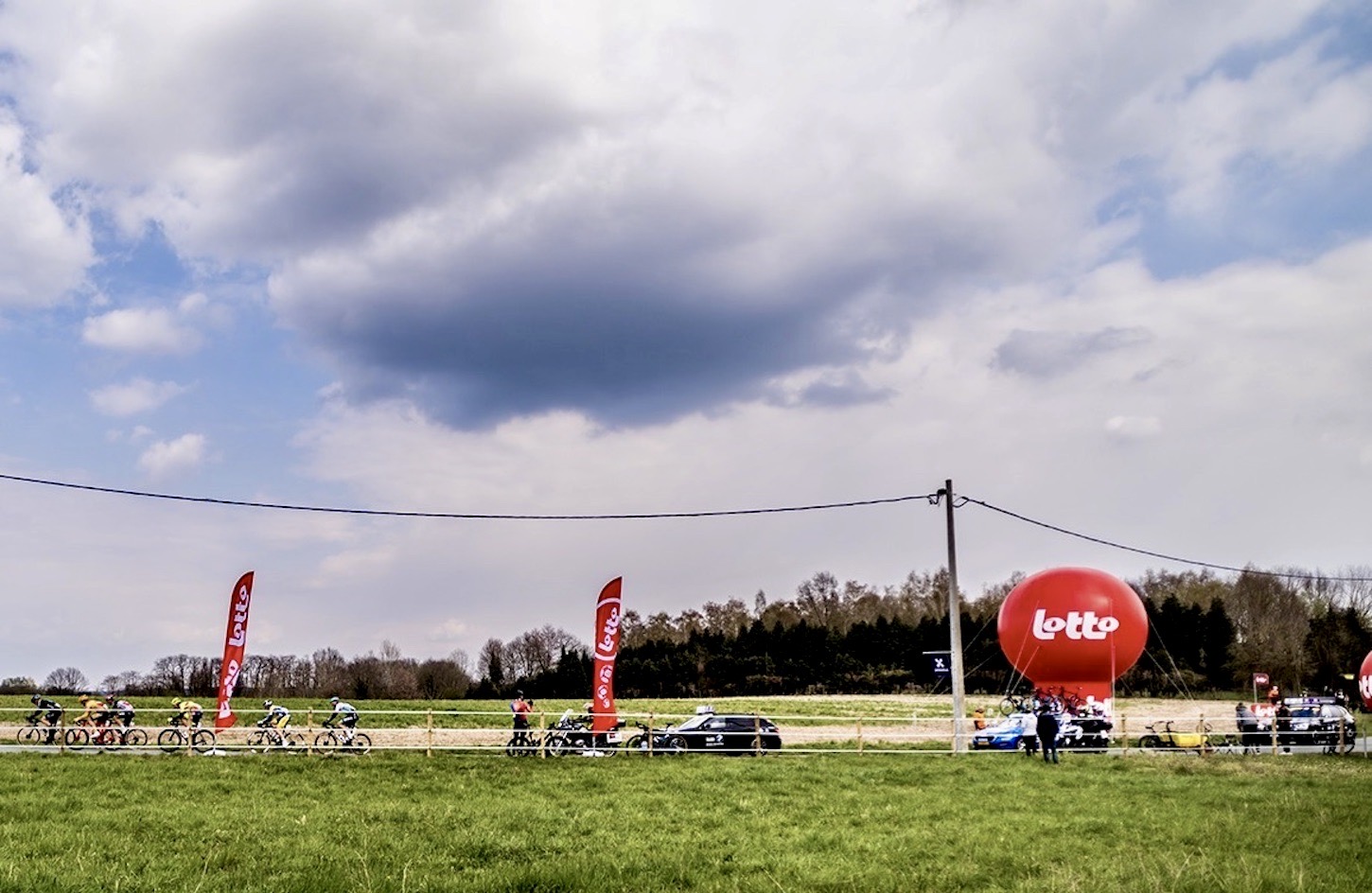 “I know that sprinting at the end of races like that is not like sprinting for a town sign. I always go into a sprint with confidence,” Pidcock said after the race.

“I was getting nervous, they were coming from behind. I waited and waited. Wout went – I kind of got a little boxed in and then rushed to Wout and came past him. Wout was pulling super hard every time we got away. I was doing the same watts to get on his wheel. He was pulling super hard, but maybe too hard in the end.I knew I was going well into this race, I had a good week’s training with no interruptions. I knew I was going to be good and it’s nice to actually be good until the finish,” the British rider added.

From there, the group extended its advantage to almost seven minutes, before the peloton began chipping away at their gap at the 100 kilometer mark.

With 50 kilometers remaining, a small group of riders featuring Rémi Cavagna (Deceuninck – Quick-Step) and Robert Stannard (Team BikeExchange) managed to bridge their way to the leaders, while the rest of the peloton lingered at two minutes back.

However, Pidcock later attacked from out of the chase, taking Trentin and Van Aert with him along the ascent of the Hertstraat, a move that was quickly followed by a sizable group of riders as well.

With 30 kilometers to go, Trentin launched an attack, breaking clear of the leading group and extending his advantage considerably over the next 10 kilometers.

Pidcock later followed with an attack of his own along the final ascent of the Hertstraat, with only Van Aert able to follow.

The gap to Trentin dropped rapidly under the pressure being applied by Van Aert and Pidcock. And, with 13 kilometers to go the three riders came together, holding a 15-second lead over the chasing group.

Despite a huge effort from Benoît Cosnefroy (Ag2r-Citroën) on the Moskesstraat to close the gap to the leading trio, Pidcock, Van Aert and Trentin continued to hold off the chase.

With 5 kilometers left, a three-way sprint became inevitable, with Van Aert leading along the final climb with just over a kilometer until the finish.

With 500 meters to go, Cosneyfroy launched an attack from the chasing group, almost bridging his way across to the trio.

Back up front, Van Aert was the first to open his sprint with 150 meters remaining. But, his move proved to be premature, as Pidcock jumped from his wheel and powered away during the closing 25 meters to seize the race honors.

Meanwhile, Trentin wasn’t able to match the speed of his rivals, sitting up and settling for third place.