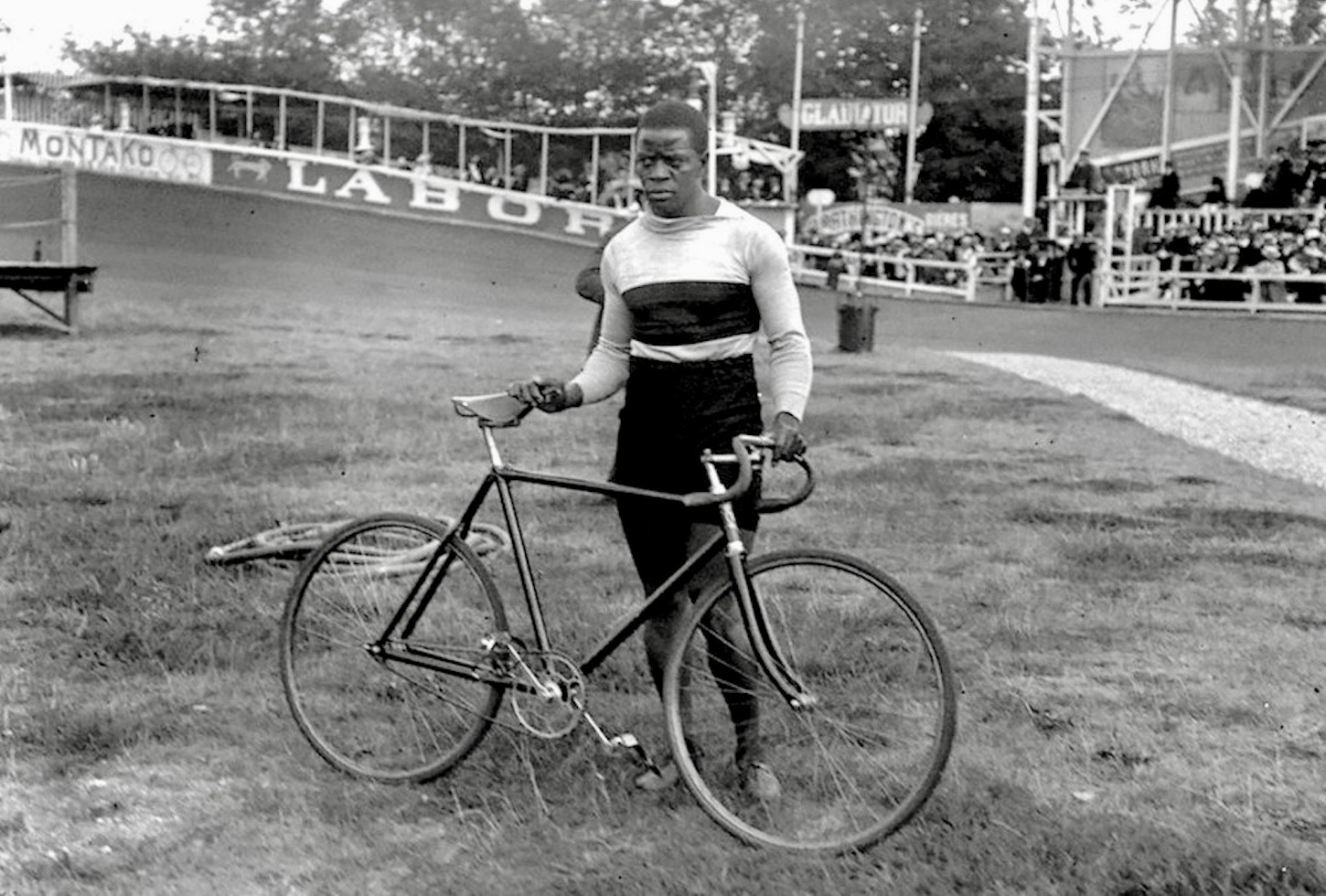 The life and career of Marshall W. “Major” Taylor is the ultimate underdog sports story, which up until recent years, was a story that was seldom told, chronicling how he rose from obscurity and overcame insurmountable barriers to become the dominant bicycle racer on three continents in track cycling’s early years.

Taylor became the first African-American world champion (1899) in any sport and broke the color barrier in pro cycling’s heyday (1896) at the height of the Jim Crow era in America.

Taylor’s pro bike racing career also included a decade of Australian and European tours and his winnings and endorsement deals quite possibly made him the highest paid athlete in any sport.

Taylor was born and raised in Indianapolis, where he worked in bicycle shops and began racing multiple distances in the track and road disciplines of cycling. As a teenager, he moved to Worcester, Massachusetts, with his employer/coach/mentor and continued his successful amateur career, which included breaking track records.

Taylor turned professional in 1896, at the age of 18, living in cities on the East Coast and participating in multiple track events including six-day races. He moved his focus to the sprint event in 1897, competing in a national racing circuit, winning many races and gaining popularity with the public. In 1898 and 1899, he set numerous world records in race distances ranging from the quarter-mile (0.4 km) to the two-mile (3.2 km).

Taylor won the 1-mile sprint event at the 1899 world track championships to become the first African American to achieve the level of cycling world champion and the second black athlete to win a world championship in any sport (following Canadian boxer George Dixon, 1890).

Towards the end of his life Taylor faced severe financial difficulties. He spent the final two years of his life in Chicago, Illinois, where he died of a heart attack in 1932. Throughout his career he challenged the racial prejudice he encountered on and off the track and became a pioneering role model for other athletes facing racial discrimination.

Several cycling clubs, trails, and events in the U.S. have been named in his honor, as well as the Major Taylor Velodrome in Indianapolis and Major Taylor Boulevard in Worcester. Other tributes include memorials and historic markers in Worcester, Indianapolis, and at his gravesite in Chicago. He has also been memorialized in film, music and fashion.