CapoVelo.com
CapoVelo.com - - Doha Marks the Ninth Time the World Championship were Held Outside of Europe
36216
post-template-default,single,single-post,postid-36216,single-format-standard,no_animation 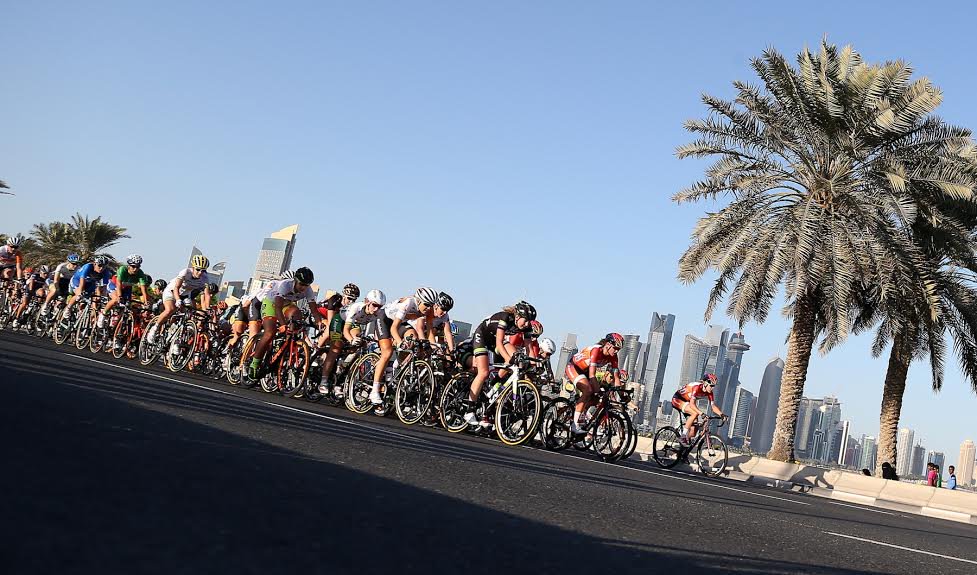 When the 2016 UCI Road World Championships begin on October 9th in Doha, Qatar, it will be the ninth time the road worlds are held outside Europe, and the second time that Asia hosts the event. It is also the second consecutive year that the premier event of the road calendar is held at a non-European venue; a testament to the increasing globalization of cycling.

The first non-European UCI World Championships took place in Montreal, Canada, in 1974. The men’s title was won by the great Eddy Merckx (Belgium), who beat Raymond Poulidor (France). Genevieve Gambillon of France was the women’s champion, ahead of Babya Tsaune of the former Soviet Union. The Mont Royal circuit in the centre of the city is still used to this day, with Olympic Champion Greg van Avermaet (Belgium) winning a UCI WorldTour race there this past September. The Americas also hosted the UCI World Championships in Venezuela (1977), the United States (1986 and 2015), Colombia (1995) and a second time in Canada (2003).

Japan became the first Asian country to hold the UCI Road World Championships in 1990, in the city of Utsunomiya, approximately 100 kilometers north of Tokyo. The race circuit was dominated by the difficult Kogashi climb. Rudy Dhaenens of Belgium beat countryman Dirk de Wolf for the men’s title, while Catherine Marsal of France defeated American Ruthie Matthes in the women’s race.

Huge Japanese crowds lined the 15km course, with races held in hot conditions of more than 30 degrees. The thrilling conclusion to the men’s 261 kilometre race saw Norway’s Dag Otto Lauritzen bridge up to the breakaway with two laps to go and attack, taking de Wolf with him. However, when over 30 seconds in the lead on the Kogashi climb with less than two laps to go, de Wolf caused a crash, taking both riders down. de Wolf stayed with the leaders, but Lauritzen dropped his chain and never rejoined the front of the race. Chasers, led by Steve Bauer of Canada, closed to within 15 seconds before the final 500 meter climb to the finish, but the two remaining riders in the break – Dhaenens and de Wolf – held on to take gold and silver by eight seconds, with Gianni Bugno (Italy) outsprinting Greg Lemond (USA) for bronze.

The Worlds move Down Under

In 2010, Australia became the first country in Oceania to host the UCI Road World Championships, which were split between the southern coastal cities of Melbourne and Geelong. Norway’s Thor Hushovd took the men’s title in a sprint finish ahead of Matti Breschel of Denmark. Giorgia Bronzini of Italy won the first of two consecutive titles in the women’s field, both times in front of Marianne Vos of the Netherlands. The Men’s Under-23 road race, won by current Grand Tour rider Michael Matthews (Australia), saw the extremely unusual awarding of two bronze medals: Taylor Phinney (USA) and Guillaume Boivin (Canada), finished in a dead heat for third, passing the line in the same thousandth of a second.

In a few days, the UCI Road World Championships get under way in Qatar. History continues: the best riders in the world will discover a new region, cycling will gain a new audience, and a new chapter in the history of the Worlds will be written.