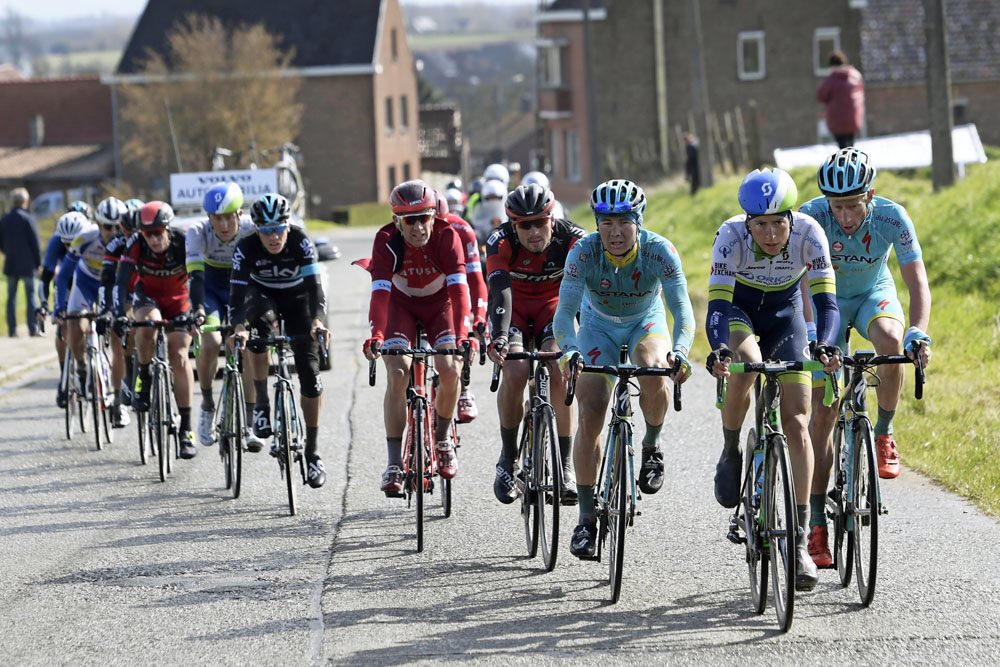 The Italian rider was seen letting out a roar, as he crossed the finish in Koksijde, after outpsprinting the German powerhouse during the closing few meters of today’s 211 kilometer race.

Meanwhile, race leader Alexander Kristoff (Katusha) finished in third place, to maintain his hold on the overall race, while Astana’s Alexey Lutsenko and Lieuwe Westra fell in behind the Norweigian rider in the second and third respectively.

Today’s route featured no fewer than five demanding climbs mid-way through today’s race, before leveling off with a three loops of a finishing circuit in Koksijde.

But, their efforts were short-lived, as the group was reeled back in after only 7 kilometers by a driving peloton.

But, just as their predecessors, they too were quickly reeled back in.

From that point on, the race was animated by a series of attacks and crashes, with only Pim Ligthart (Lotto Soudal) managing a solo escape during the final 28 kilometers.

However, the Lotto -Soudal rider’s time out front has brought to a halt at the 14 kilometer mark.

From there, the day once again formed into a sprint finale, with Viviani emerging as the strongest rider.

The Three Days of De Panne concludes on tomorrow, with two stages –  a short and fast 112 kilometer road race, followed by a 14.2  kilometer individual time trial.