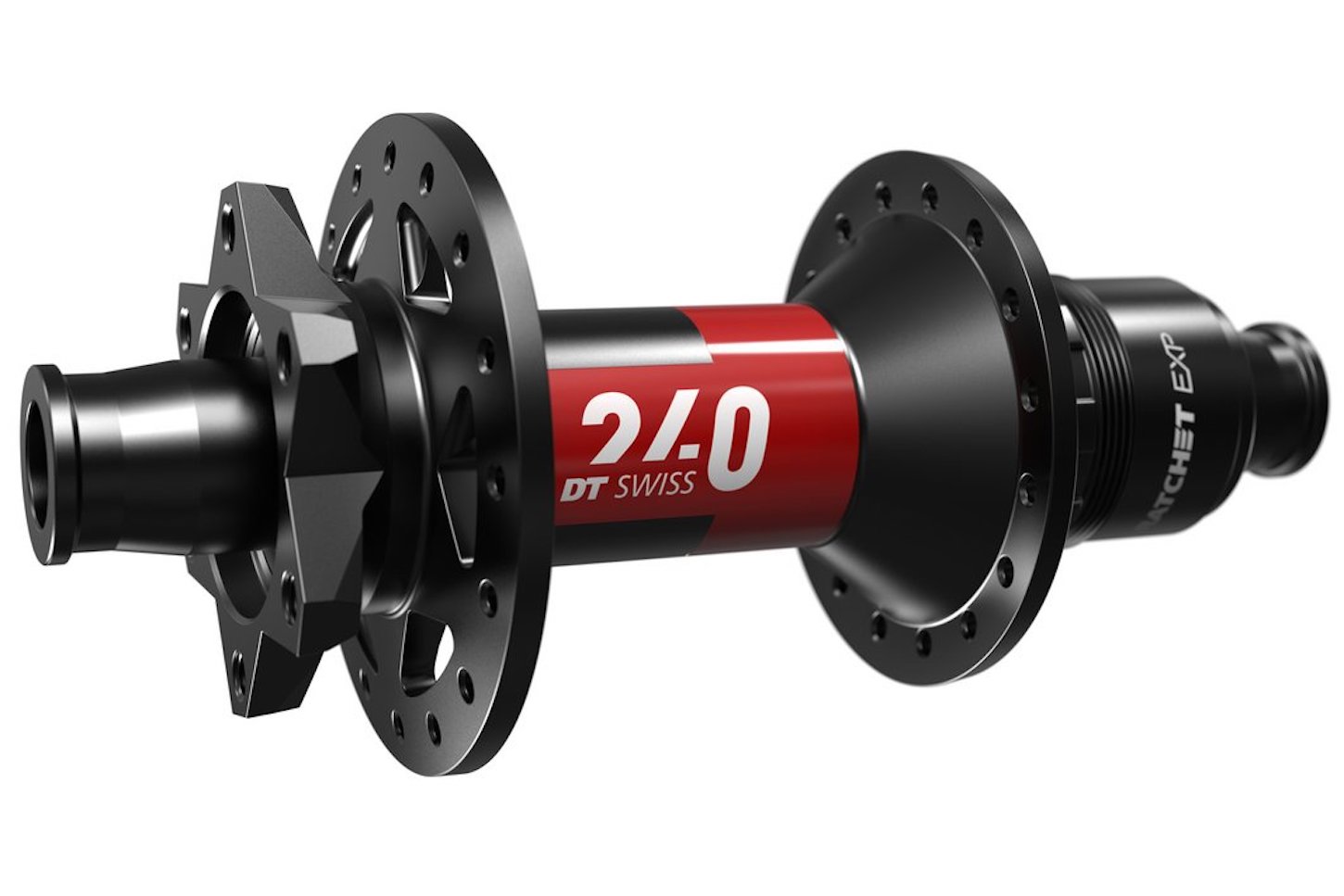 30 Apr 2020
By Gianni Pericolo - In FEATURED ARTICLES, THE DOUBLE DIAMOND

Despite being one of the most proven hubs on the market, DT Swiss has decided to revamp its 240 model, integrating the drive-side bearing into the threaded ratchet ring to increase axle stiffness by a claimed 15% while also reducing wear.

According to DT Swiss, the major change to the 240 involves the use of its latest Ratchet EXP System, which moves the rear drive-side bearing outboard, placing it inside the threaded ratchet ring. Moreover, the new system now requires only one spring to align the ratchets compared to the previous system that required two conical springs, resulting in “faster, full engagement  of the ratchets that creates a larger contact surface and therefore low surface pressure that leads to superior reliability,” says DT Swiss.

DT Swiss also points out that fewer parts resulted in a lighter hub, bringing the weight of the new 240 down to a claimed 212g versus 221g for the previous model.

Additionally, DT Swiss says by configuring 36 teeth on the ratchet resulted in an engagement angle of 10º, thus reducing backlash during rotation.

To wit, “the maximum idle distance the crank can turn before the freewheel mechanism engages and converts the force on the crank into acceleration of the wheel has been reduced.”

“If we were to introduce a system with more points of engagement we would need to enlarge the construction of the hub what eventually would lead to a significantly higher weight,” adds DT Swiss.

The new 240 hubs are offered in road and MTB versions for both J-bend and straight-pull spokes, while the road variants are available with a Shimano 11-speed freehub or Sram’s XDR driver that come in both disc and non-disc variations.