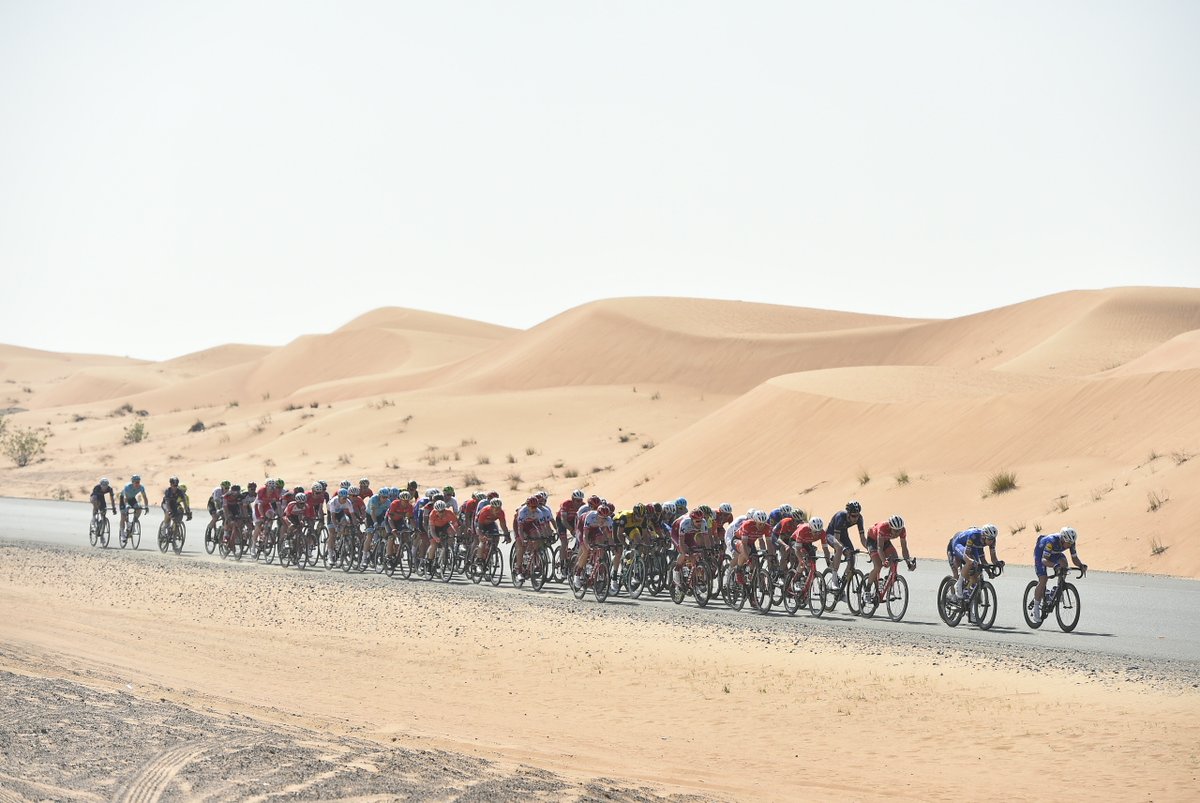 Mark Cavendish (Team Dimension Data) set his sights on the overall race leader blue jersey after coming out on top of a bunch sprint finish to win Stage 3 of the Dubai Tour Today.

After securing the stage win, Cavendish immediately turned his attention to trying to close the gap on Viviani and the blue jersey.

“I had a good feeling today, especially after yesterday, I knew I was there,” the 32-year-old Briton said. “I knew the team was there. I can’t beat Viviani in a track sprint race so I had to wait, wait and wait, and use my jump.”

“Any time of the year, it’s important to win. It’s good for my account. Already with this win, I’ve won the same amount of races I won in the whole season last year.

“The thing I’m disappointed about is that yesterday, when I realized I couldn’t win, had I kept going, I would have come second and be in the lead now. It’s my own fault. But I’ll try and get the blue jersey in the next two days.”

“Our lead-out train was perfect and we were at the front in the right moment, but we had no luck,” the 30-year-old Norwegian said. “We were boxed in to the left and couldn’t find any open road to accelerate. If we could have found some space, I feel I would have had a better chance of competing for the victory as my legs felt good today.”

Next up for the riders is Friday’s 172km Dubai Municipality Stage, the only hilly stage of the Dubai Tour.

Starting from SkyDive Dubai in the Marina and ending at Hatta Dam, Stage 4 includes long stretches in the desert and will cross the Hajar Mountains. The stage will also see the riders pass through two neighbouring emirates, Sharjah and Ras Al Khaimah.

Stage 4 comprises two short climbs, the first a soft climb with a gradient average between three and four per cent. The second climb is approximately 1.5km long with an average gradient of eight per cent and peaking at 11 per cent.

The final 3km of the stage is a continuous ascent from the centre of Hatta to the finish line on the Hatta Dam. A short, sharp rise of 200m, with gradients between 12 and 17 per cent, await the riders before a 150m home stretch.