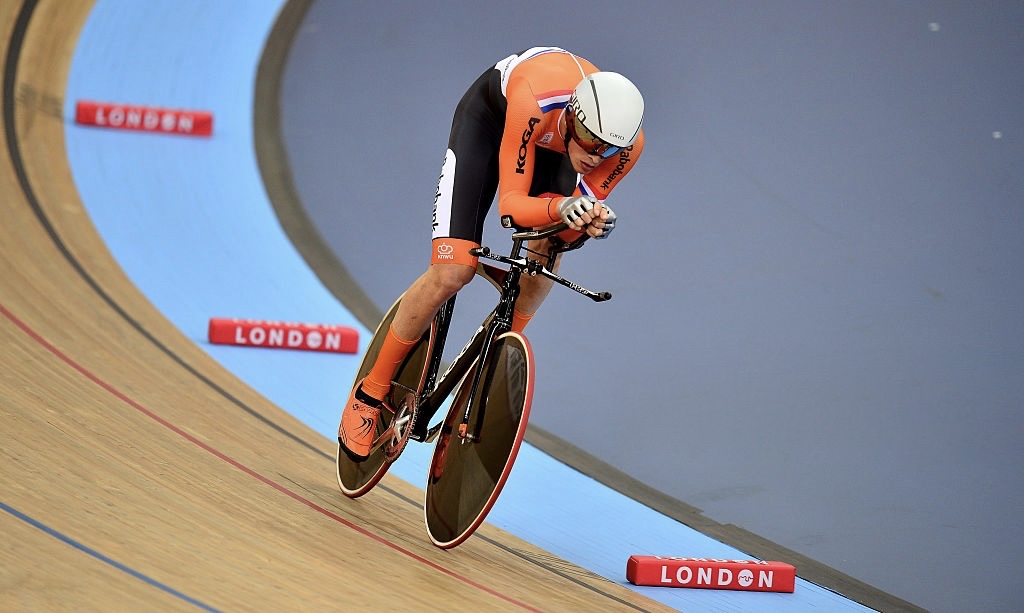 Dutch pursuit champion Dion Beukeboom has announced that he will attempt to beat Bradley Wiggins’ Hour Record of 54.526 kilometers next year in Aguascalientes, Mexico.

The relatively unknown 28-year old previously rode for Continental team, Destil-Jo Piels, and won bronze medals on the track in the pursuit at the European Championships in 2015 and 2016.

“I do not have the illusion that I am a better cyclist than Wiggins. But I also know that Wiggins set his record in conditions that were not ideal,” Beukeboom told Dutch newspaper AD.

Beukeboom has enlisted the help of physiologist Jim van den Berg to help with the attempt, who explained the benefits that would be gained from chasing the record at 1,887m above sea level.

“At the height, the effect of reduced air pressure is greater than the loss of reduced oxygen uptake,” Van den Berg said. “Compared to London, Dion will gain between 25 and 45 watts by attacking the record at Aguascalientes.”

Van den Berg also explained how Wiggins’s Hour Record attempt had been compromised by commercial interests, and that he had left the door open to attempts by others, such as Beukeboom, by not making his attempt in optimal conditions.

“Wiggins rode in London, on a low velodrome, at high air pressure. It was a commercial event. Tickets were sold, a book about the attempt was published, big shots were invited to come and watch,” he continued.

“However, the Hour Record was not as quick as it could have been. There is a window of opportunity and we want to crawl through it.”