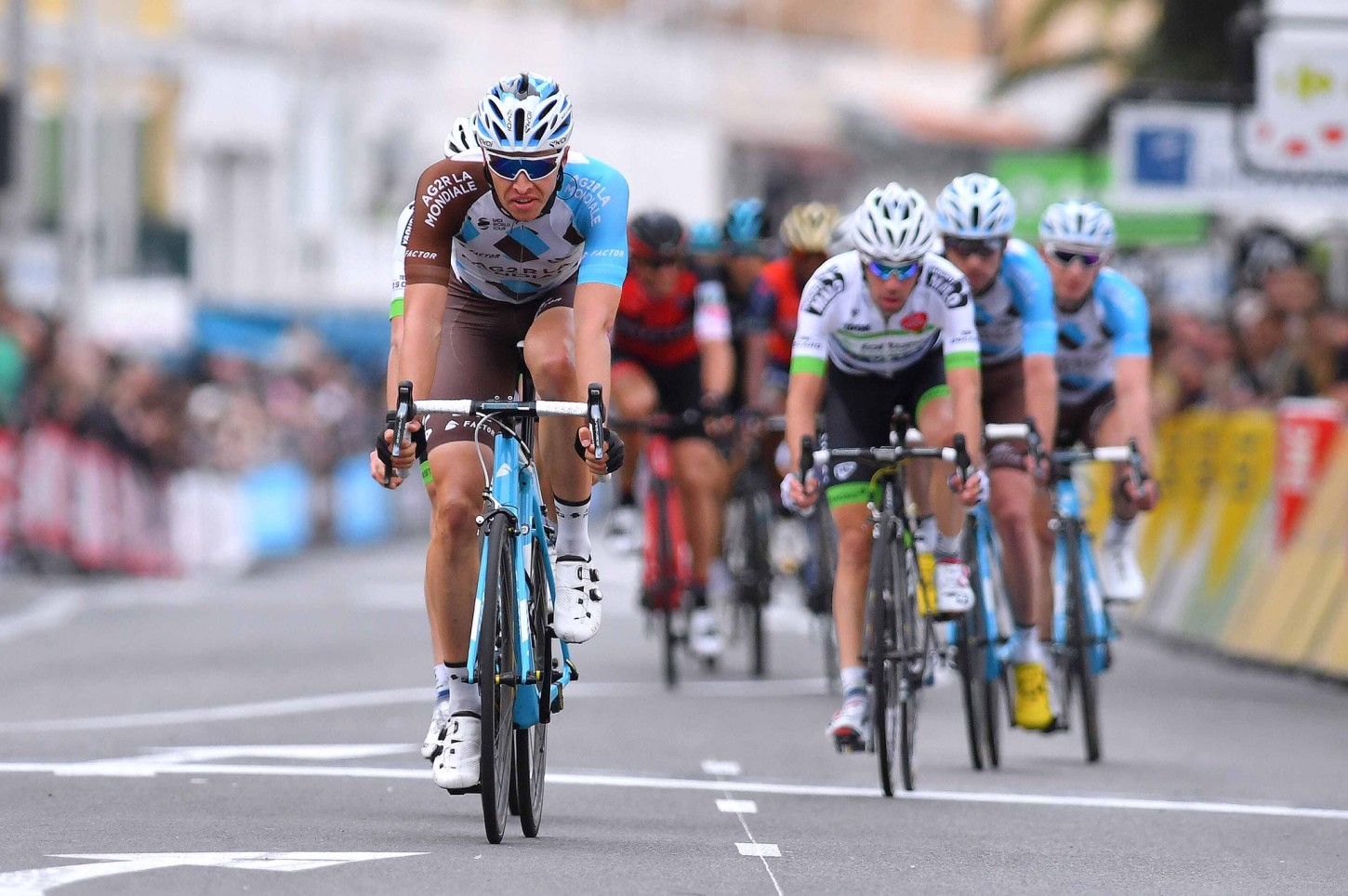 Thanks to a concerted effort by his Quick-Step Cycling team, Yves Lampaert was delivered to a solo victory following a late attack in today’s Dwars door Vlaanderens.

Meanwhile, compatriot Philippe Gilbert snatched second place after winning a three-man sprint, while Alexey Lutsenko (Astana) rounded out the podium after beating out Luke Durbridge (Orica-Scott) for the last spot.

“For me it’s a dream that came true. It’s not that far from my home and I did a lot of retcons to do this race,” a delighted Lampaert said. “To win, for me it’s a fantastic gift that I can give to the team and thanks to everybody.”

However, as the breakaway group faced more and more climbs and cobbled sectors, its numbers began to dwindle, until only Gilbert, Lampaert,  Durbridge and Lutsenko remained out front.

From there, the quartet managed to open up an advantage of more than one minute over the chase.

However, with a little more than five kilometers remaining, Lampaert made his winning move, quickly opening up a slight gap of a little more than half a minute that proved insurmountable for his former breakaway companions to close.

Lampaert never looked back from there, later crossing the finish in a solo victory by almost 40 seconds ahead of Gilbert and Lutsenko.