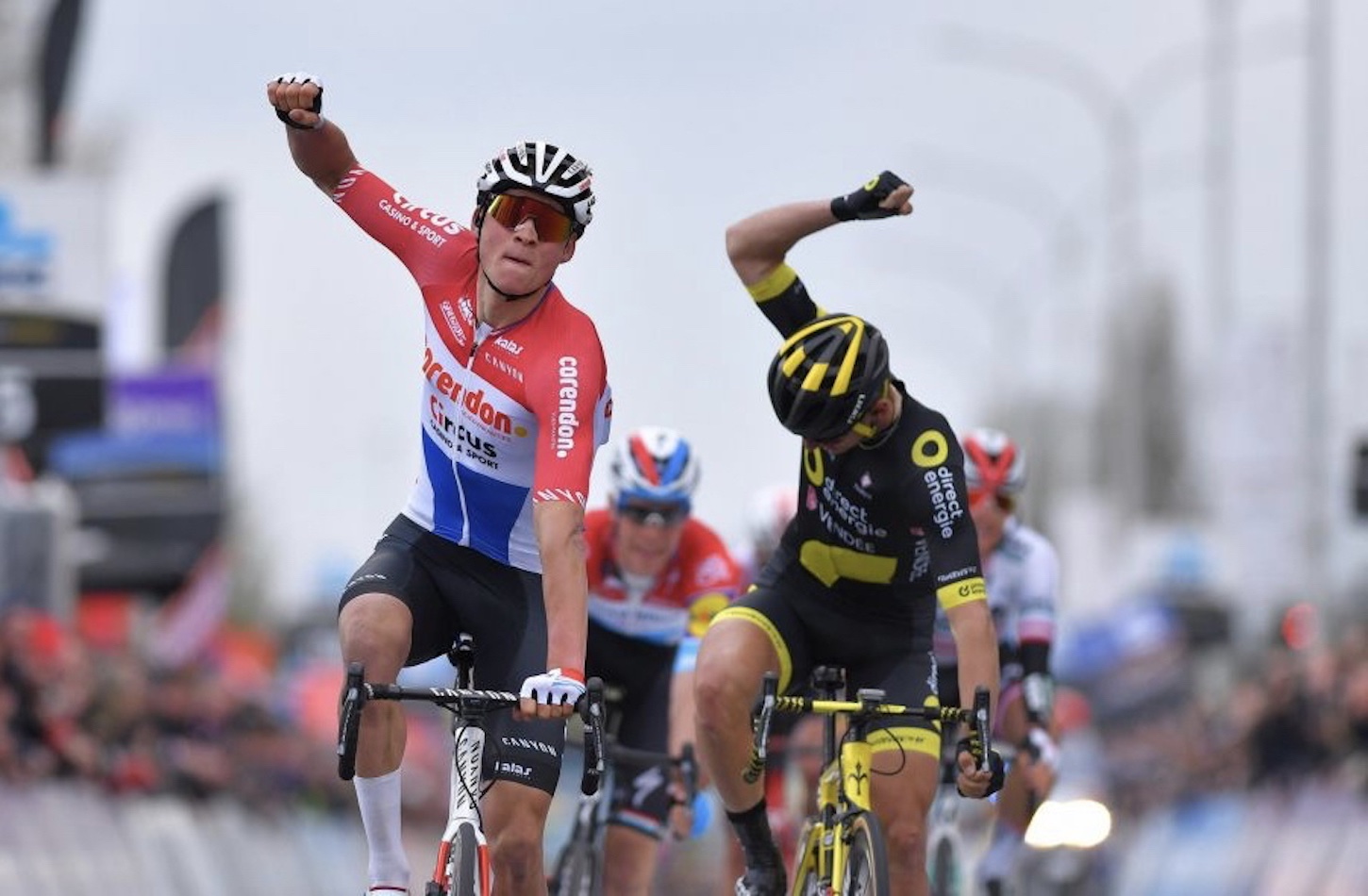 With 50 kilometers to go, Oliveira decided to attack his fellow escapes, quickly opening up a 20-second gap for himself as he made his way up Berg ten Houte.

Back in the peloton, Lotto–Soudal’s Tiesj Benoot initiated an attack, taking some riders along with him that included defending champion Yves Lampaert (Deceuninck-Quick-Step). However, the peloton was quick to neutralize Benoot et al’s aggressions.

As the race approached the climb of the Knokteberg, Pöstlberger attacked, quickly making his way to Oliveira with 31 kilometers to go.

However, it wasn’t long before both Oliveira and Pöstlberger were caught by the peloton as they hit the sector of cobbles in Varentstraat.

At this point, the race had been spit into two lead groups, with five riders leading a reduced peloton by 20-seconds.

With 17 kilometers left, the leaders were now clinging to a 48-second gap over the peloton, with Benoot pushing the pace.

With just 3 kilometers remaining, the members of the lead group began attacking each other, with Turgis being the first rider to open up his sprint during the closing 500 meters.

But, Van der Poel was able to overhaul his French rival just before the line to seize his first ever WorldTour victory.