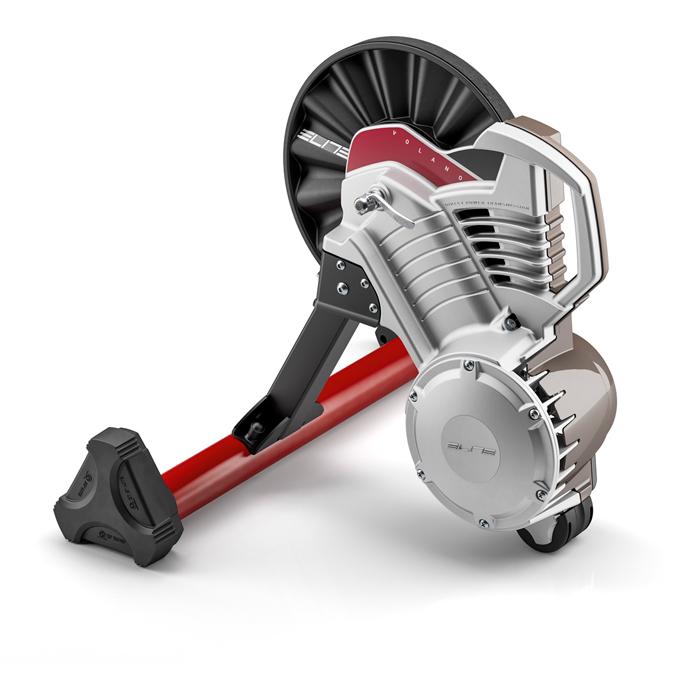 29 Sep 2015
By Campionissimo - In LATEST ARTICLES, THE DOUBLE DIAMOND

The Volano is a direct drive trainer, which means, once a cassette has been installed, the bike mounts directly to the trainer itself.

According to Elite, the Volano’s fluid drive unit can provide up to 1200 watts of resistance, which adjusts automatically to one’s pedaling force.

In addition, Elite offers the optional Misuro B+ Bluetooth and ANT+ sensor, which plugs into the bottom of the trainer, gaining speed and cadence data via a compatible device or smart phone.

Cyclists in the USA can expect to see the Volano retail for around $500.00.