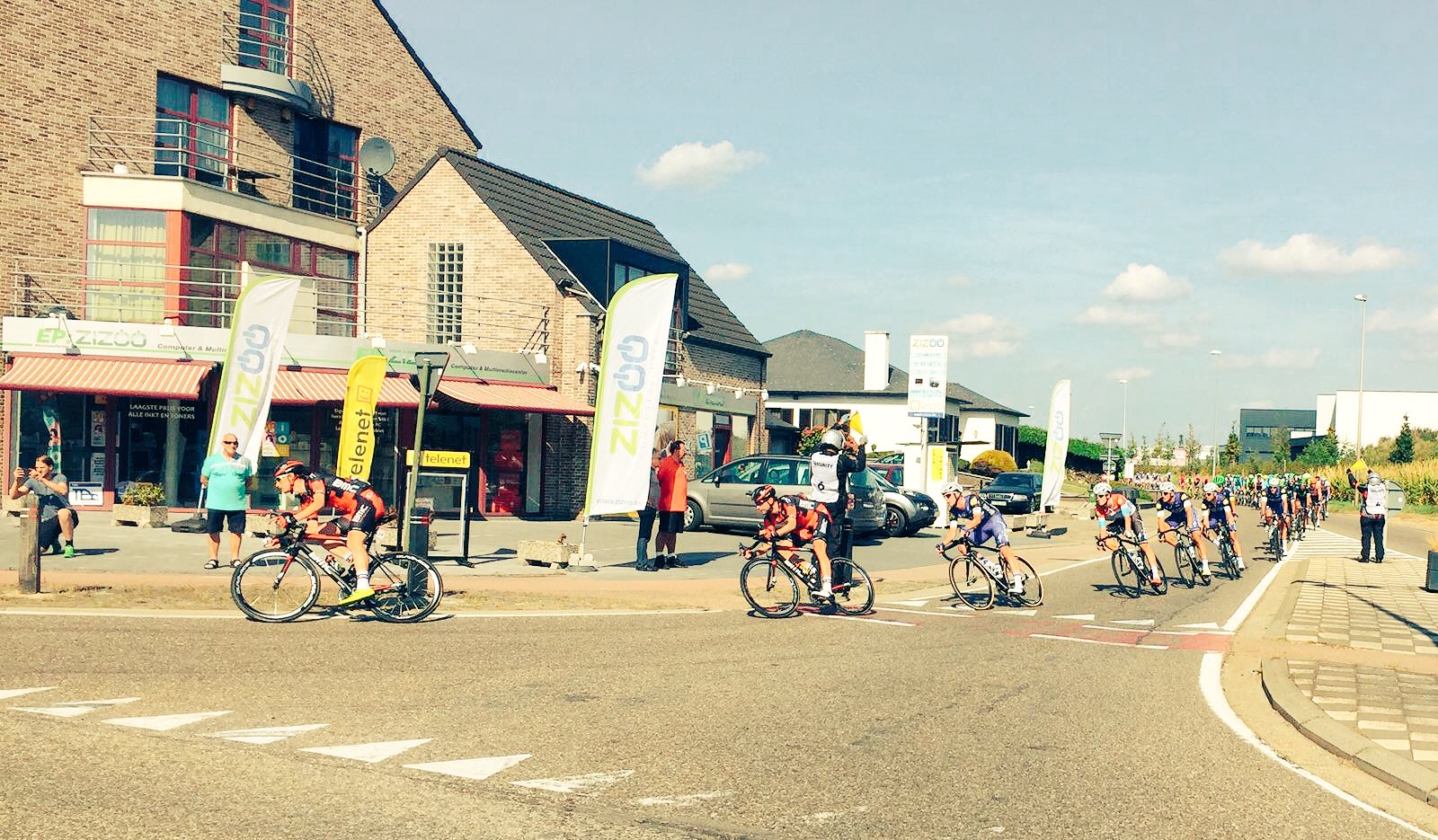 Luka Pibernik (Lampre-Merida) claimed a surprising win in today’s stage 6 of the Eneco Tour, as the young Slovenian rider snatched the stage victory during a sprint finale.

Pibernik was part of a 6-rider breakaway that narrowly kept the peloton at bay during the closing few hundred meters, to outsprint Mark McNally (Wanty) and Bert Van Lerberghe (Toesport Vlaanderens) in the final dash for the line.

Dennis now holds a 27-second advantage over his teammate Taylor Phinney. He still faces the hardest challenge, the final stage which is like a small version of the Tour of Flanders.

After a relatively flat start, the riders will do three laps of the well-known circuit that has been used several years in a row. It includes the famous climbs of the Rosberg, Onkerzelestraat, Denderoordberg and Muur van Geraardsbergen.

The penultimate climb comes inside the final 10 kilometers, while the finish comes halfway up the Muur, which will undoubtably spawn a huge battle between the classic specialists.

Bergen de Vries (Roompot) had also been in the original escape, but was dropped inside the final 20 kilometers.

Pibernik opened up his sprint first with McNally rapidly accelerating to catch him, but the British rider simply ran out of road before the line and had to settle for second place, denying him his first WorldTour win.

It’s a day to remember for young Luke Pibernik. “This morning I never thought I would win,” said the 22-year-old after his first WorldTour success in the Eneco Tour.

Piberknik was part of an early breakaway that looked set to be caught by the peloton, but they miscalculated and allowed the remaining riders to sprint for the victory in Lanaken. “I never thought we would make it to the finish,” Pibernik (Lampre-Merida) said. “This is a great victory. The team leader said I should go in the attack today. That’s what I did with just one goal: make it to the finish as fast as possible.”

“It doesn’t happen often that the breakaway manages to go all the way, but with one kilometer to go I figured we would make it. Then I saved my energy, chose the wheel of Gougeard and gave everything I had with 200 meters to go.”

The leader’s jersey remains with Rohan Dennis (BMC) after a trouble-free penultimate stage. “Our plan worked perfectly”, said the Aussie. “We could let the breakway go and it was important that Peter Sagan didn’t take any seconds in the Golden Kilometer.”

On Sunday Dennis holds a 16 second lead over teammate Taylor Phinney with Tony Martin (Etixx-Quick Step) 24 seconds and Peter Sagan (Tinkoff) 27 seconds behind. “We’ve got a lot of confidence,” said Dennis. “Today we had to take on most of the work and we did well. The teammates were great. With good legs and a bit of luck it should work out tomorrow.”