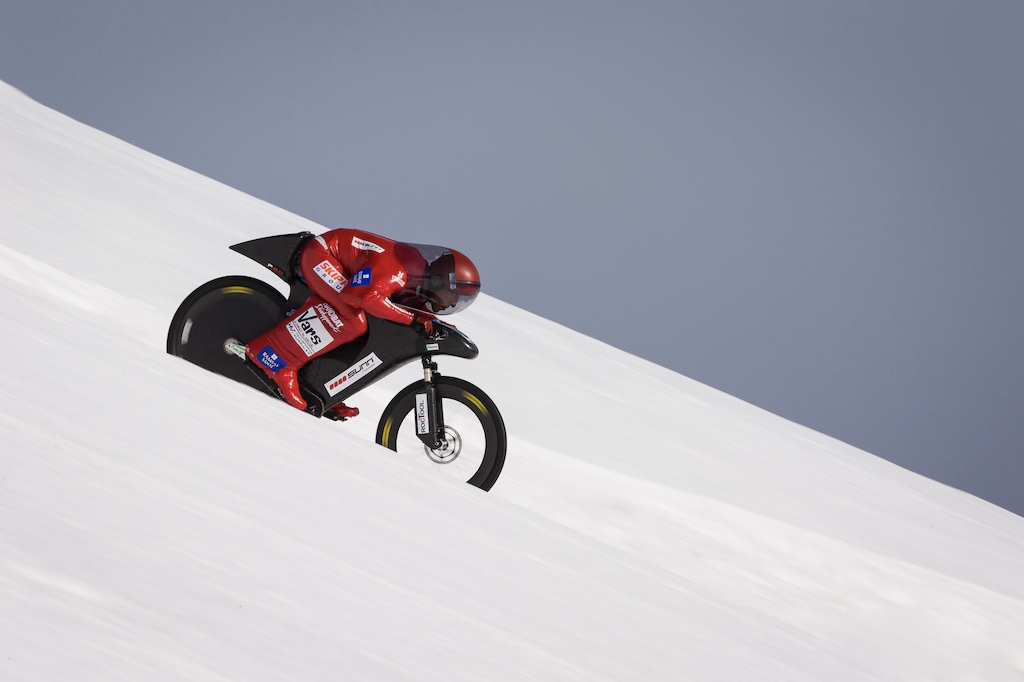 Eric Barone eclipsed his previous downhill speed record by topping 141mph on a ski slope in the French resort of Vars yesterday.

Once a stunt double for actors such as Sylvester Stallone and Jean-Claude Van Damme, Barone has always held a fascination with speed and has been setting bicycle speed records since the early nineties.

Barone also holds the record for the fastest speed achieved traveling downhill on a volcano with a prototype bicycle.

Set back in 2002, Barone was clocked at 172 kilometres per hour (107 mph) while descending the Cerro Negro volcano in Nicaragua. Moments later, Barone’s fork broke away from the frame of his bike resulting in a devastating crash for the French cyclist.