Excitement Builds During the Final Races of the UCI Cyclocross Calendar 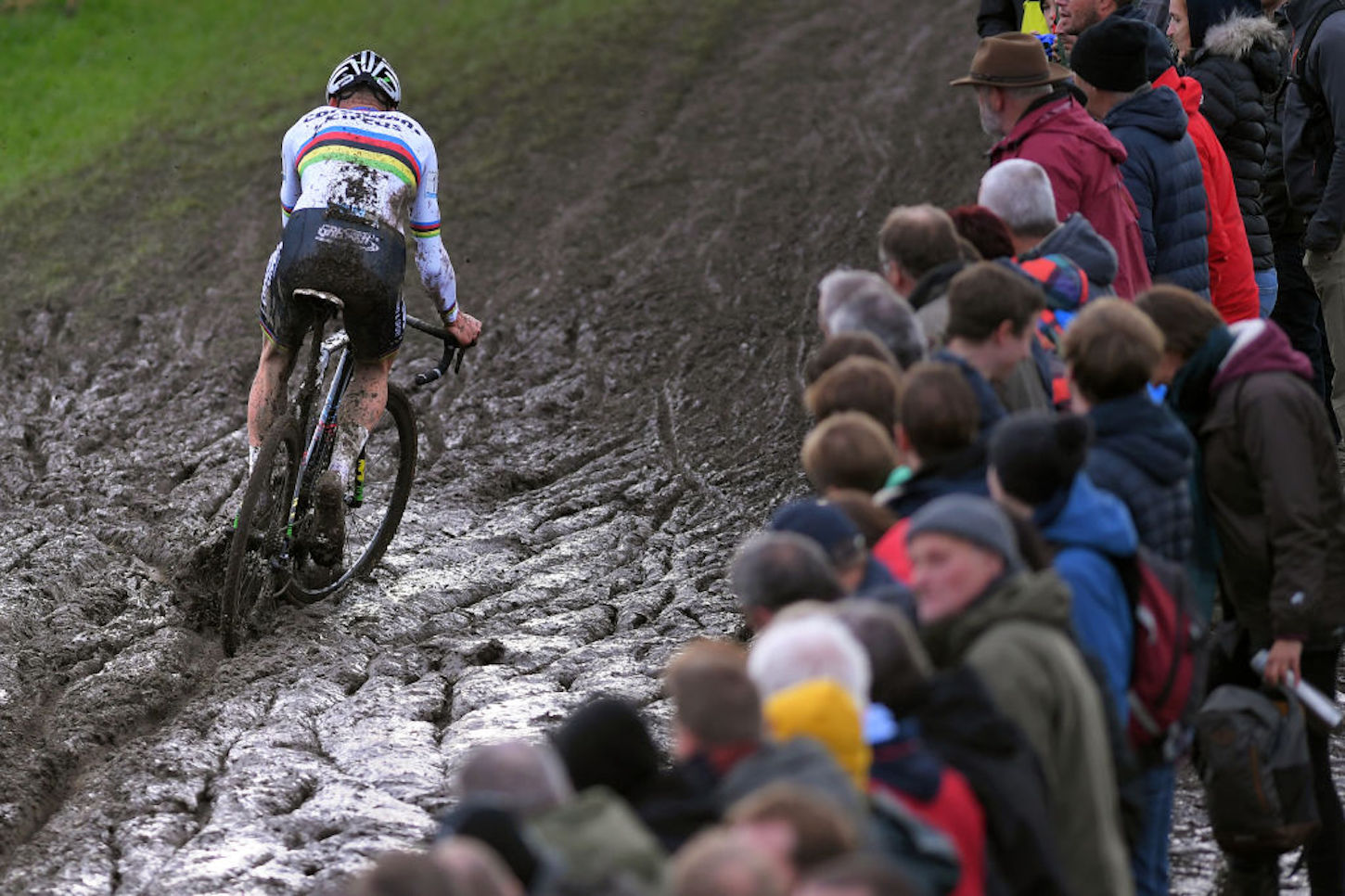 Feverish battles in the mud, boiling atmospheres countering the low temperatures and all-round epic riding… the winter season is a very special one and it’s about to come to an end. Fortunately, the colder season’s heroes still have some energy left in the tank and a handful of opportunities to throw themselves into some more hard battling before they hang up their cyclocross bikes and move on to other cycling disciplines.

Two rounds remain to be raced in the 2019-2020 Telenet UCI Cyclocross World Cup, as Nommay- Pays de Montbéliard (France) and Hoogerheide (the Netherlands) prepare themselves to welcome the cyclocross specialists: male and female, youngsters and the more experienced. And only a few days after celebrating the overall winners of the UCI World Cup, rainbow jerseys will be up for grabs at the 2020 UCI Cyclocross World Championships, to be held in Dübendorf (Switzerland) in early February.

The riders will first gather in France, with the Telenet UCI World Cup show returning to Nommay on January 19. This venue welcomes a World Cup event for the 13th time: the last time, two years ago, Mathieu van der Poel (the Netherlands) and Katie Compton (USA) claimed victory.

Mathieu van der Poel (Alpecin-Fenix) won’t participate this time, as he tries to balance his racing schedule with his many goals across three disciplines (cyclo-cross, road and mountain bike). He now has his eyes set on the UCI World Championships after his recent sixth victory in the Dutch National Championships. However, he will race in Hoogerheide (January 26), where he is already a four-time winner of the cyclocross race named after his father, Adrie van der Poel.

This penultimate UCI World Cup round will be an interesting battle for victory in the Men Elite racing. While Mathieu van der Poel claimed victory in the last four rounds in the Men Elite category, his Belgian neighbour Toon Aerts (Telenet Baloise Lions) always claimed positions near the front to take the overall leadership away from his compatriot Eli Iserbyt (Marlux-Bingoal).

Aerts has climbed onto the podium five times in seven rounds. He has two more opportunities to come out on top in a World Cup race this season, but he’ll mostly be looking to keep his lead ahead of his Belgian rivals. Michael Vanthourenhout (Pauwels Sauzen – Bingoal) trails Aerts by 45 points and is followed by his teammates Eli Iserbyt and Laurens Sweeck, ahead of Quinten Hermans (Circus Wanty Group Gobert).

The UCI World Cup rankings are even tighter in the Women Elite category. With a single point separating young Dutch talent Ceylin del Carmen Alvarado (Alpecin-Fenix) and, in second position, the Czech Katerina Nash (Clif Pro Team), the battle promises to remain heated until the end in Hoogerheide.

Already the winner of two rounds this season, in Bern (Switzerland) and Tábor (Czech Republic), the young Dutch woman Annemarie Worst (777.be) only trails by 15 points. She is closely followed by her two compatriots Inge van der Heijden (CCC-Liv) and Lucinda Brand (Telenet Baloise Lions), who will try to replicate in 2020 the stellar form she enjoyed at the end of 2019 (4th in Tábor, 2nd in Koksijde, winner in both Namur and Heusden-Zolder).

At only 21 years old, Ceylin del Carmen Alvarado also leads the Women Under 23 standings of the 2019-2020 Telenet UCI Cyclocross World Cup standings in front of her Dutch compatriot Inge van der Heijden (20). The young Brit Anna Kay (Experza Pro CX) sits in third ahead of the last two rounds. “I’ve achieved more than I thought I would,” she told us earlier in the season, as she eyed more success in the UCI World Cup as well as a podium finish in the UCI World Championships.

The young Frenchman Antoine Benoist (Alpecin-Fenix), third in the Men Under 23 rankings, is set to miss the Nommay event as he joins his teammate Mathieu van der Poel at a training camp. The 20-year-old will be back in Hoogerheide and will also aim for a podium finish in the Worlds. In the meantime, the door is open for Switzerland’s Kevin Kuhn and the Netherlands’ Ryan Kamp to battle it out for the Telenet UCI World Cup overall victory.

In the Men Junior category, 17-year-old Thibau Nys, son of the legendary Sven Nys, has won the five first rounds of the 2019-2020 Telenet UCI World Cup. Can the young Belgian, who also won the 2020 Junior European Cyclocross Championships, emulate Mathieu van der Poel’s grand slam from 2013? It’s one of the many stakes at play in this final stretch of the season.