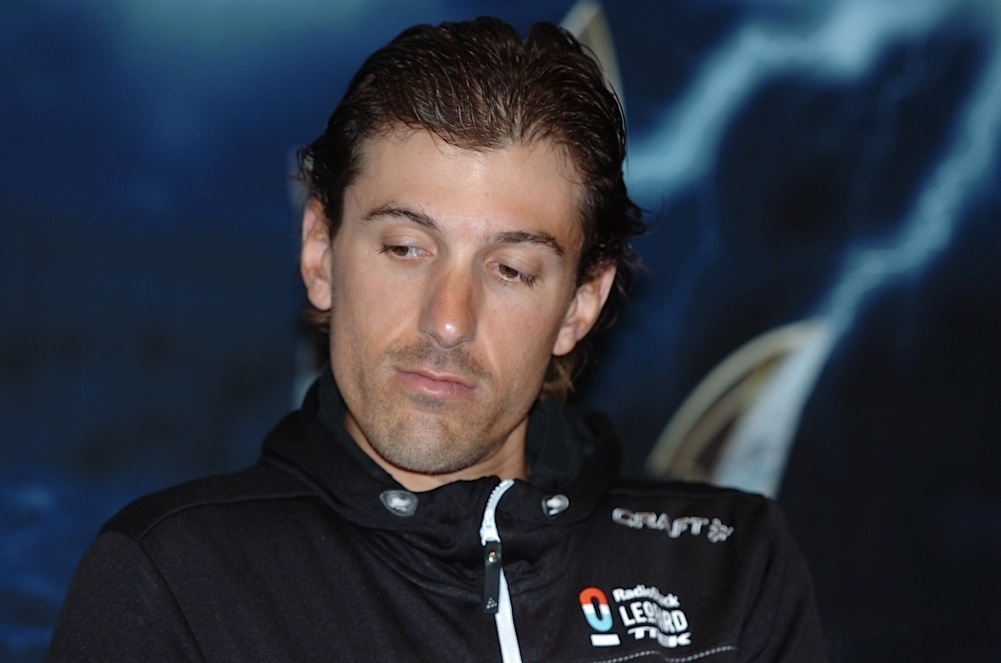 Fabian Cancellara (Trek Segafredo) has been plagued by the onset of a stomach virus just before the start of this year’s Giro d’Italia.

However, the Swiss says he’s determined to start the race.

“It’s not the best situation but we’re working on it,” Cancellara said from his team hotel on this morning.

Cancellara had been aiming to win Friday’s opening 9.8 kilometer time trial in Apeldoorn, which would hand the veteran rider his first-ever maglia rosa during his long career.

“Yesterday in training I had strange feelings, I felt tired and had some joint pains. Then, after training I went into my room and I was more a guest of the toilet than the hotel. Last night, I had a fever and it’s not the best situation regarding tomorrow. I’ll rest and we’ll see what comes.”

“Is the pink jersey dream lost? I don’t know how to respond to that,” said Trek-SegaFredo team director Luca Guercilena.

“Through Monday, We did all the training we needed to do and he was doing well. Two days of fever does not put him in a good spot, though.”

If Cancellara pulls though, it will mark the first time he’s raced in the Italian Grand Tour since 2009.

“I will not give up. Stomach flu hits you hard but I’ll definitely start. I don’t have the fever now. I don’t want to say my Giro is starting in doubt, that’s too early to say. The most important thing now is stay positive, relax and recover. I’ll make the best out of it.”