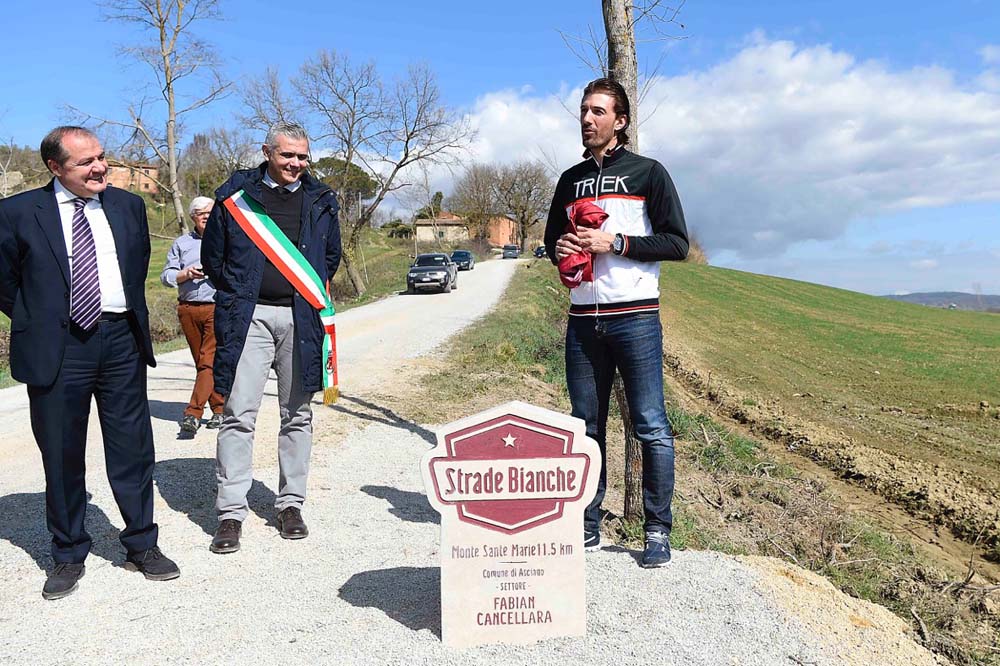 The organizers for the Strade Bianche spring race, made good on their promise to commemorate Fabian Cancellara‘s three victories with the dedication of a roadside monument this year.

Prior to the start of the 2016 edition of the race, RCS Sport vowed if the Swiss rider claimed a third victory, they would name a sector of the iconic white gravel roads used in the race in his honor.

Accordingly, race organizers unveiled a permanent monument that was placed along the Monte Sante Marie in Asciano, Italy on the eve of tomorrow’s race, during a celebration alongside Cancellara.

“It’s a great honor and a great pleasure for me to receive this recognition because this is a very important race,” said Cancellara.

“We’ve seen how fast it developed worldwide in the past few years. I’m proud to have won it three times. It’ll remain in the history of this beautiful event”, he added.

In addition to the monument, Cancellara also received a key to the nearby City of Asciano.

When asked who he favored to win tomorrow’s race, the retired Swiss Champion said, “for tomorrow I pick Sagan and Van Avermaet who have already showed in Belgium that they are very strong but I wouldn’t disregard [Zdenek] Stybar and [Fabio] Felline either – I’ve seen them in good shape at the last races.”