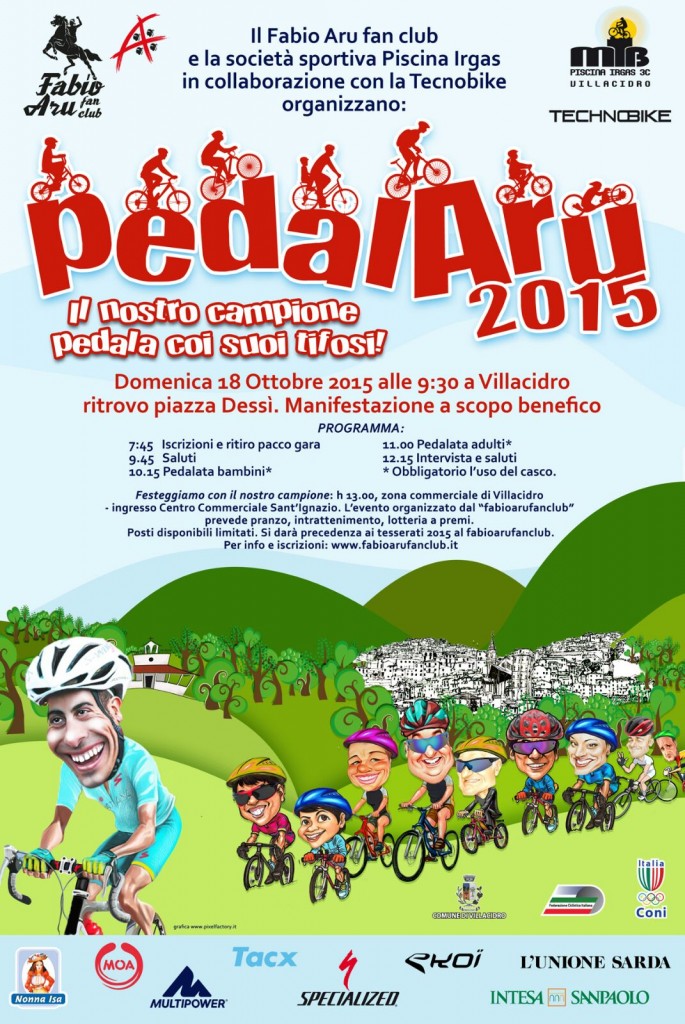 At long last, this year’s Vuelta a Espana winner, Fabio Aru, was able to celebrate his Grand Tour victory in his native home of Sardinia yesterday.

Billed as “PedalAru”,  the celebratory event was hosted by his home town of Villacidro, with over a thousand people in attendance to take part in a series of rides and events.

Aru proudly waved the Sardinia Four Moors flag after taking the lead during this year’s Vuelta a Espana.

“It’s always great to return to Sardinia, I haven’t been back since January,” Aru told Gazzetta dello Sport. “It’s a quick visit but it’s been really enjoyable. I hope that this PedalAru event is the first of many and that my success can help cycling develop and become more popular on the island. It’d be great if we could bring back the Giro dl Sardegna and that the Giro d’Italia returns in the next few years.”

“I’ve often spoken to a crowd but this is the first time I know everyone I can see. It’s great to look around and see so many of the people I know from home. When I’m away and perhaps suffering on a climb, the thought that everybody is cheering for me back home gives me extra motivation.”

During the event, Aru hinted to the Italian newspaper, Gazetta dello Sport, that he may make his first Tour de France debut next season, while his teammate, Vincenzo Nibali, focuses on the Giro d’Italia and the Olympic Games.