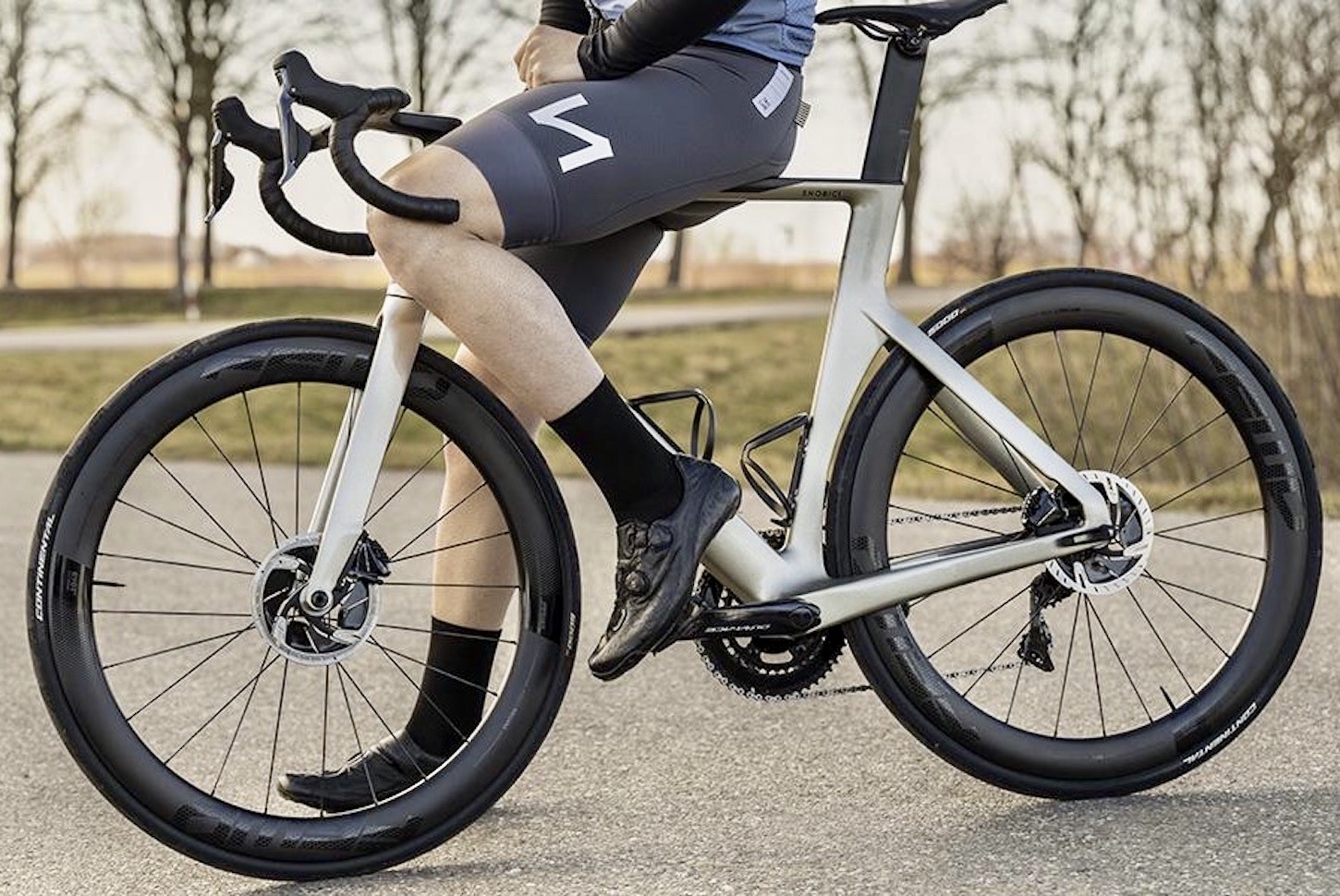 Not only does the Two/One hub option lower the price of each wheelset by 20%, but FFWD claims it’s a more robust design that stands up to the task of handling disc brake forces better than the previous DT Swiss 240 EXP hubs with only a minimal weight gain.

The Two/One hubs derive their name from a 2:1 spoke layout, with 2-times the number spokes on the rear drive-side, and 2-times as many spokes on the front disc brake side to better transfer pedaling and braking forces to the rim, while larger sealed bearings result in a stiffer, more responsive wheelset.

Additionally, the Two/One hubs feature 24 straight-pull spokes laced in a 2x pattern for both the front and rear, along with a 36T ratchet for fast, reliable 10° engagement, which are available with a Shimano HG, SRAM XDR or a Campagnolo N3W freehub, as well as the Italian brand’s older freehud bodies. Moreover, the center-lock hubs feature tool-free end-caps for use with 12x100mm and 12x142mm thru-axles, while 15mm quick-release front end-caps are also available.

The RYOT is available in depths of 33mm, 44mm and 55mm that sell for 1299€, 1399€ and 1499€, respectively, which feature the same aerodynamically-optimized 21mm internal and 30-31mm external hooked tubeless carbon rims as the previous versions.