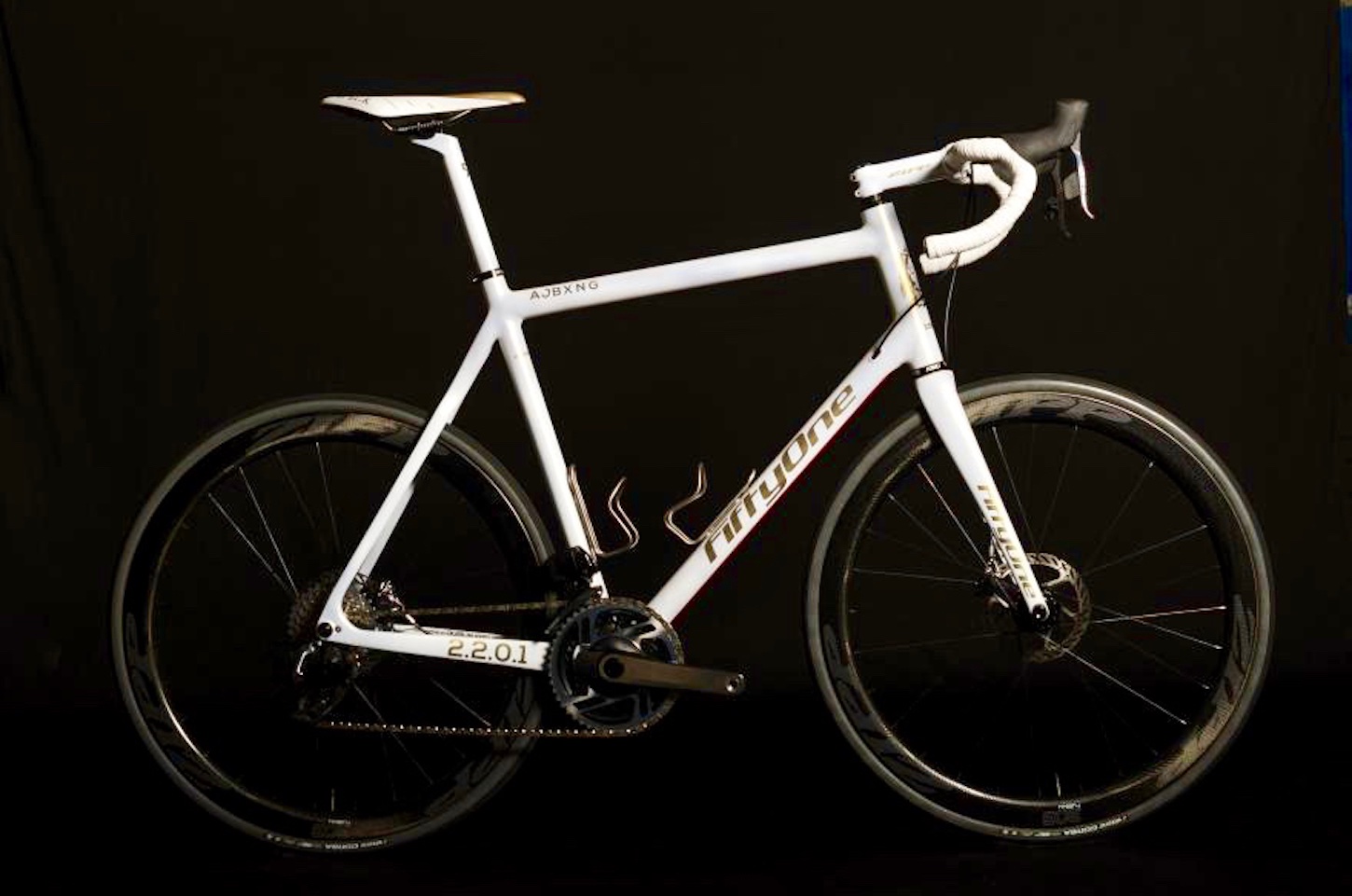 It’s rumored these days, that many of Europe’s top artisan framebuilders go to bed every night hoping to wake up an Irishman, particularly as Aidan Duff, who continues to dazzle us with his bespoke carbon frames under the name of FiftyOne Bikes.

Duff is no stranger when it comes to creating special edition bikes for sports celebs in the UK.

For instance, last year he treated us to a custom bike that he created for UFC fighter Connor McGregor that was an absolute knock-out (yes, that was a pun) amongst bike aficionados.

The Dubliner’s latest creation is a custom bike for heavyweight boxer Anthony Joshua, who stands at a whopping 6’5.

That’s enough carbon to make two bikes for the rest of us mortals.

The bike features a unique paint scheme that’s centered around a hand-painted image of a lion’s head on the headtube, along with Joshua’s favorite slogans – 25/7 which refers to his relentless workout regimen and his Second to No One 2-2-0-1 that are inscribed on the headtube and chainstays.

FiftyOne Bikes will have Joshua’s bike on display at this weekend’s North American Handbuilt Show in Sacramento.