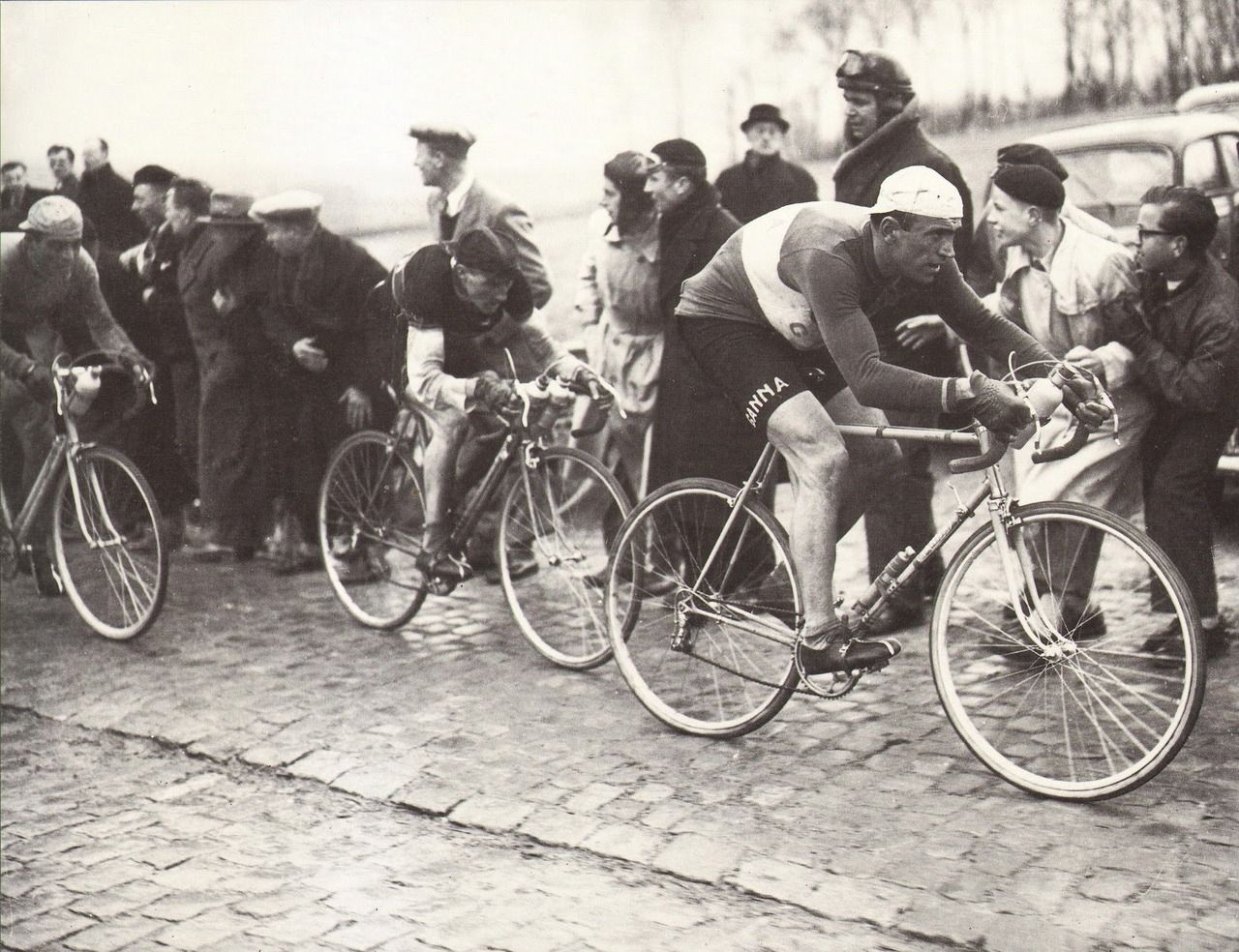 Despite winning the Giro d’Italia an impressive three times, Magni is often regarded as the Third Man of Italian cycling, as most of his career was overshadowed by Fausto Coppi and Gino Bartali.

Additionally, more than any other Italian, Magni also won the Tour of Flanders Classic a record three times in a row, an achievement only equalled by three other riders in the sport – Belgians Achiel Buysse, Eric Leman and Johan Museeuw.

Magni was born in Vaiano, Italy where he was first introduced to cycling as a young teenager.

He started racing in 1936 at the age of 16, secretly winning a number of local races without his parents knowledge.

Once his accomplishments become known, his parents encouraged him to continue racing. But, the death of his father just one year later, forced the young Magni to quit school and take over his father’s business in order to provide an income for the family, while fortunately still leaving him with enough time to pursue his passion for racing.

Conscription required Magni to join the Italian army, where he served as a gunner in the 19th Regiment of Florence shortly before the start World War II.

Further training as a marksman required him to remain in Italy, while his regiment shipped out to Albania. The ship that he was supposed to be on sank, leaving no survivors.

Meanwhile, Magni continued his military duty in Rome as part of the 41st Artillery Regiment.

After the armistice of 1943, he was recalled to serve in the newly established Italian Social Republic and the Voluntary Military Forces of National Security, in the role of policing railways in the region of Tuscany.

In January of 1944, Magni’s battalion was involved in a violent confrontation with local partisans, giving rise to the Battle of Valibona, which resulted in significant casualties on both sides. But, as fate would have it again, the skirmish was over before he arrived.

With the war now over, Magni was free to pursue a career as a professional cyclist.

Magni excelled at racing in extreme weather conditions, especially in cold, windy, rainy and snowy situations. In fact, all three of his victories in the Tour of Flanders were won during harsh weather.

He reprised his Italian Grand Tour title with another victory in 1951, this time ahead of Rik Van Steenbergen of Belgium and Ferdi Kubler of Switzerland.

His third victory in the Giro came in 1955, where he triumphed over Fausto Coppi and Gastone Nencini.

The following year, he again captured the maillot jaune, but he was forced to retire from the race along with his team after their captain Bartali had been assaulted by some French supporters, accusing him of causing their rider Jean Robic to crash.

Years later, when asked about how he felt about relinquishing the yellow jersey he replied, “of course I felt bad about that but I believe that there are bigger things than a technical result, even one as important as winning the Tour de France.”

Perhaps equal to his victories, Magni is famous for refusing to abandon the 1956 Giro d’Italia after breaking his left clavicle.

Regardless of the severity of his injury, the Italian rider decided to forgo treatment and leave the hospital and rejoin the race.

To compensate for his inability to apply force with his left arm, he raced while holding a piece of rubber inner tube attached to his handlebar between his teeth for extra leverage.

Since his injury prevented him from effectively braking and steering with his left hand, Magni crashed again after hitting a ditch by the road during a descent on stage 16. He fell on his already broken clavicle, this time breaking his humerus, which left him unconscious.

As legend has it, Magni regained conscientiousness in the ambulance and ordered the driver to stop. He then remounted his bike and finished the stage, while the peloton graciously decided to wait for him.

On the evening that followed, Magni said, “I had no idea of how serious my condition was, I just knew that I was in a lot of pain but I didn’t want to have X-rays that evening”.

During the following stage however, Luxembourg’s Charly Gaul executed his legendary attack in the mountains of Trento that would ultimately lead to his victory over Magni.

Plagued by snow and ice along the summits of the Costalunga, Rolle, Brocon and Bondone climbs, sixty riders decided to abandon the stage,  while Gaul succeeded in closing a 16 minute gap on Magni, eventually wresting the maglia rosa (pink jersey) from his Italian rival.

Yet, despite his injuries, Magni was able to limit his losses to just 3:27 behind Gaul to claim the second spot on the podium.

In retrospect, had it not been for his injuries, many critics believed that Magni would have easily won a fourth Giro victory – a fitting tribute to what became his final race.

During his career, Magni would become a mentor to at least two famous framebuilders, Faliero Masi and Ernesto Colnago, both of whom worked as team mechanics during his first Giro d’Italia in 1954.

In fact, it’s Masi who is credited for coming up with the idea that Magni use a piece of inner tube attached to his handlebar when he broke his clavicle.

When it came to racing, Magni offered the following as to what it was like to ride alongside luminaries such as Coppi and Bartali, “in life, defeats are more likely to happen than wins. Losing to Coppi and Bartali, and therefore congratulating them, is an experience that I am happy to have had and an experience that taught me a lot. I have always admired them for what they could do and esteemed them for who they were. Not only were they champions, they were also great men. Why do you think we are still speaking about them? Because they made history. I consider myself lucky because racing with them I could be part of this history. I would have won more without them but it wouldn’t have been during a legendary cycling era.”

During his retirement, Magni remained active in cycling, becoming coach of the Italian National Cycling Team during the 1960’s, as well as the president of several Italian cycling federations and unions.

He also played a significant role in the development of the cyclists’ chapel at the crest of the climb to the Madonna del Ghisallo, near Lake Como.

Following an illustrious career as both a rider and an elder statesman that spanned some five decades in the sport, Magni died in Monza, Italy at the age of 91.