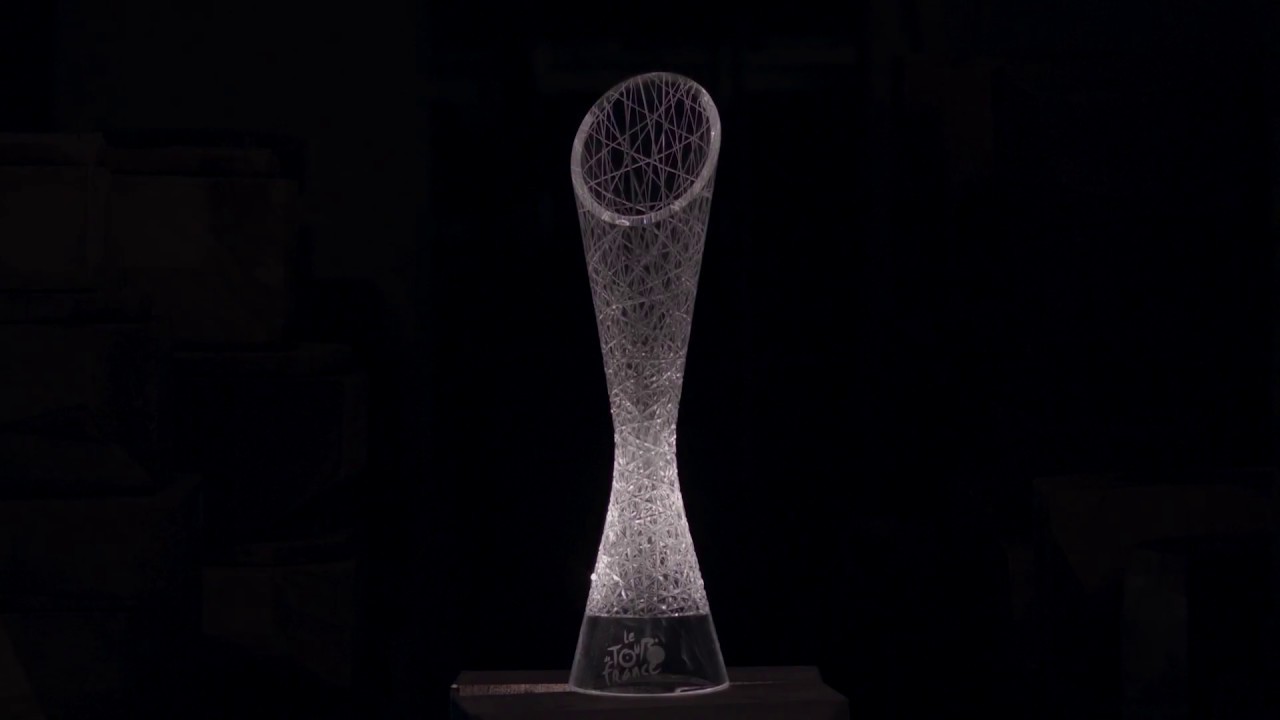 The Tour de France Glass Trophy is truly an object of beauty to behold, and the French Grand Tour would be far from complete without it.

Its current style has been making an appearance on the winners’ podium on the Champs-Elysées boulevard in Paris since 2011, when it replaced an array of varied shapes from the past. The fluid, tubular, elegant shape is now iconic and has remained the same for the last seven years.

The trophy for this year’s winner of the world’s most famous cycling race, will be blown and polished by the Czech glassmakers Preciosa in collaboration with ŠKODA AUTO.

While once again looking to create a sleek, dynamic and elegant surface finish, ŠKODA sent its designer, Peter Olah, to visit the Czech company’s factory in Kamenický Šenov, in order to witness their latest StarDust technology, which uses a special layer of mechanically cut stones of various shapes and sizes that split and refract light in an unprecedented way.

Since the trophy’s shape is inspired by the event itself – the lower base representing the start of the race, the gradual narrowing in the center symbolizing the fight for victory, and the upper part celebrating the winners, Preciosa says, “it is only natural that the winners held thousands of brilliantly sparkling crystals above their heads.”

ŠKODA has been actively partnering with and supporting the Tour de France for 14 years now.

This relationship stems from the car company’s earliest beginnings, which began as the Czech bicycle brand Laurin and Klement (named after its founders), who began manufacturing bikes in 1895.

To draw from its Czech and cycling heritage even more and to strengthen its bond with history, ŠKODA decided to gift Tour de France winners with a series of original designer trophies.

ŠKODA says, “minimalist silhouette was inspired by a bike tire shape and the design changes every year, but the inspiration draws from both the past and the future at the same time.”

“The past is symbolized with Czech crystal and Czech Cubism, feats that reached worldwide fame, and that fluidly evolved into ŠKODA’S current design language and décor, projected into crystalline lines and minimal, sharply cut forms, resulting into one of the most prized trophies in the sports world”, the company adds.

This year’s overall yellow jersey winner, alongside the holders of the green, white and the polka dot jerseys, will each be presented with a Tour de France Glass Trophy.