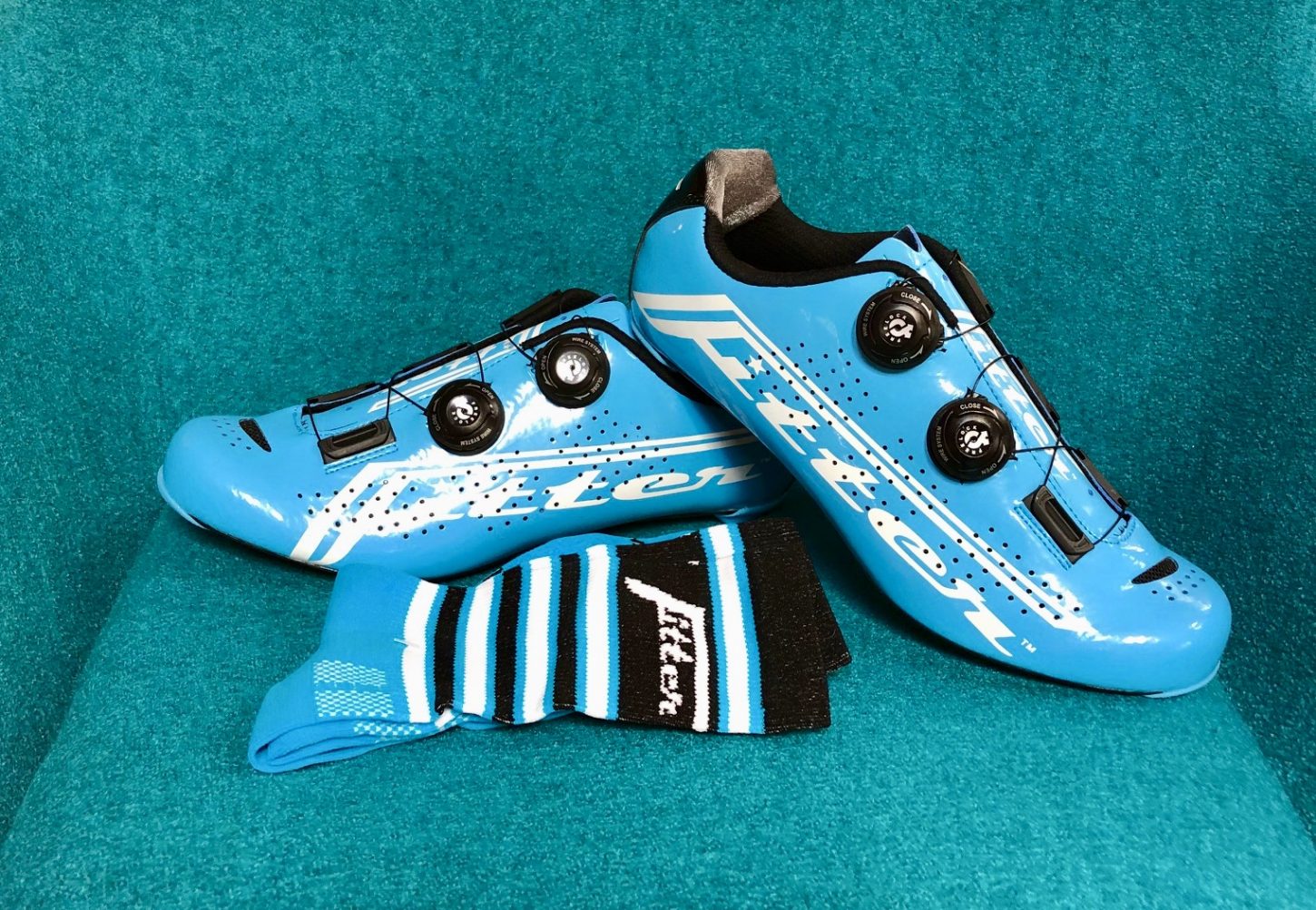 They say, the first step toward recovery is recognizing there’s a problem. Well, I have a problem in that I’m addicted to high end cycling shoes.

I love everything about them, from the unique silhouettes that define each shoe, to the unique closure systems and bold colors and styling that punctuate them. So, when I happened across the Fitter brand of road shoes, I had to have a pair of them.

After a few emails with the brand’s founder and owner, Espen Kateraas, he offered to send me a pair for review, which I accepted with almost shameless alacrity. Better still, the shoes that he would be sending me would be the same bubblegum blue, Porsche-esque Mexico Blue color that initially caught my eye.

However, I hasten to say, while my addiction to euro-gucci cycling shoes might be pervasive at times, I’m by no means someone who easily speaks in superlatives. And, the Fitter shoes would be given the same high-bar as others to reach.

Upon unboxing the Fitter shoes, it became immediately apparent that they possessed more than just a striking color-way, with high quality materials, a full carbon sole and a premium closure system plotting them from stem to stern. And, while I didn’t have any specifications regarding weight, they felt as light as feathers.

On the issue of the closure system, Espen was keen to point out how he had worked closely with a South Korean company to design it.

The design works similar to the popular BOA system, but rather than pulling up on dials, all that the rider needs to do is simply turn them counter clockwise to tighten, and one click clockwise to loosen the shoes.

Sound simple? That’s because it is. Interestingly though, Espen hasn’t been willing to stop there.

Given his status as an active pro rider, he’s continued to refine his closure system, which will soon comprise dials that are slightly taller for ease of adjustment while riding.

And, I thought that I was a perfectionist.

Putting features aside, what’s perhaps the most impressive thing about the Fitter shoes is the price, which sell for an astonishingly low $182, with a matching set of socks no less.

Yes, that’s for a pair not just one.

I’ll be doing a thorough review of the Fitter shoes in the coming weeks. In the meantime, you can check out Fitter’s website and see all of the groovy colors, cleat compatibility and sizes they’re available in.